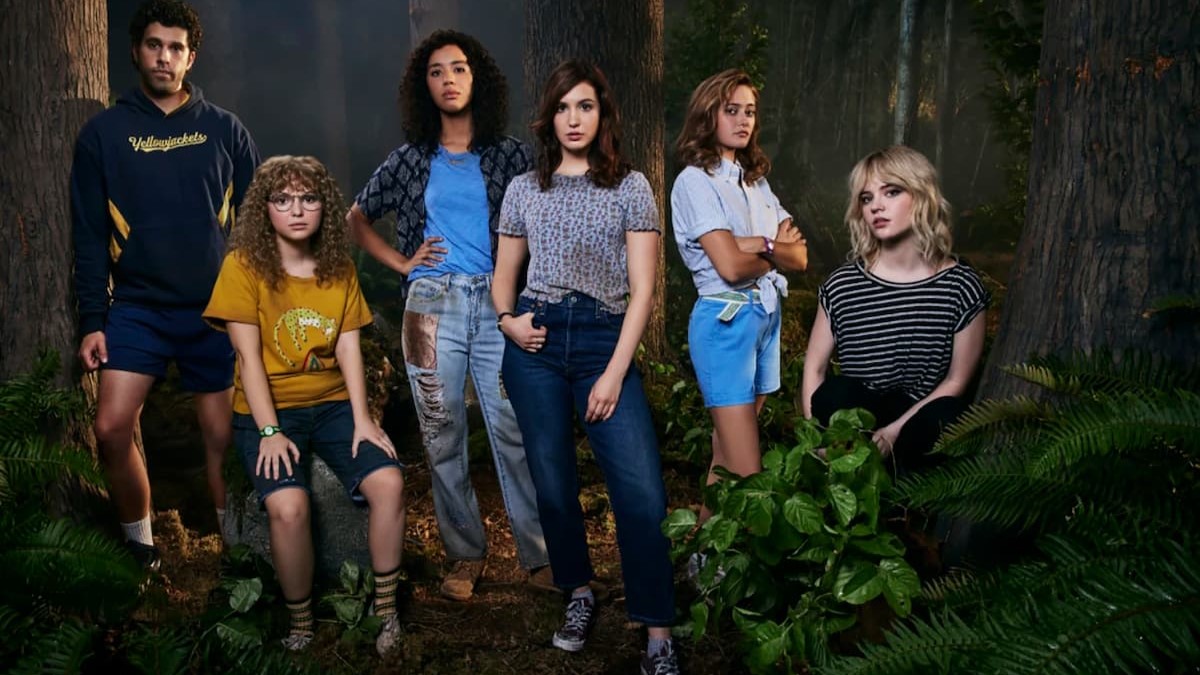 The Yellowjackets series is the latest Showtime original filled with mystery, murder, and petrifying supernatural elements. Due to its riveting storyline and diverse women-led cast, it became the second-most-watched show on the platform via its first season and has new seasons on the way. But, if you are here, you are probably wondering: What is Yellowjackets about?

To answer this question, we’ll explain the general premise of the series and its complex timeline.

The Showtime series Yellowjackets follows a unique timeline of past and future events, primarily focusing on the energetic high school girl soccer team, the Yellowjackets.

To start, there’re the events set in the past. The year is 1996, and the team is on their way to nationals after they triumphantly won their last match. Things take a dark turn when they crash-land in the wilderness, and are forced to find a way to survive on their own until help arrives. As time ticks by though, they’re pushed further and further beyond their limits until they’re forced to resort to cannibalism to survive.

Alongside these scenes are moments from the present day. The audience gets a glimpse at what happens 25 years later and the impact the past has had. This is done from the perspective of four surviving team members: Shauna (Melanie Lynskey), Taissa (Tawny Cypress), Misty (Christina Ricci), and Natalie (Juliette Lewis). These surviving Yellowjackets must cope with their lives as they try to keep a lid on their past murderous trauma, ultimately protecting their secrets from the public.

With all this in mind, viewers will unravel the mystery of the soccer team by experiencing both timelines. What led them to cannibalize each other? Who else survived the ordeal, and could reveal what they did in the name of survival? Most importantly, who is the frightening Antler Queen who leads the flesh-eating group?

The only way to find out is by analyzing each character’s arc and deciphering the puzzling triangle symbol that has appeared multiple times throughout the series.

That’s everything you need to know about the Yellowjacket’s plot. For more content related to winding and drama-filled narratives, be sure to explore the relevant links below, including the latest details about Edgar Wright’s upcoming twisted Amber Alert thriller set to star Emma Stone.