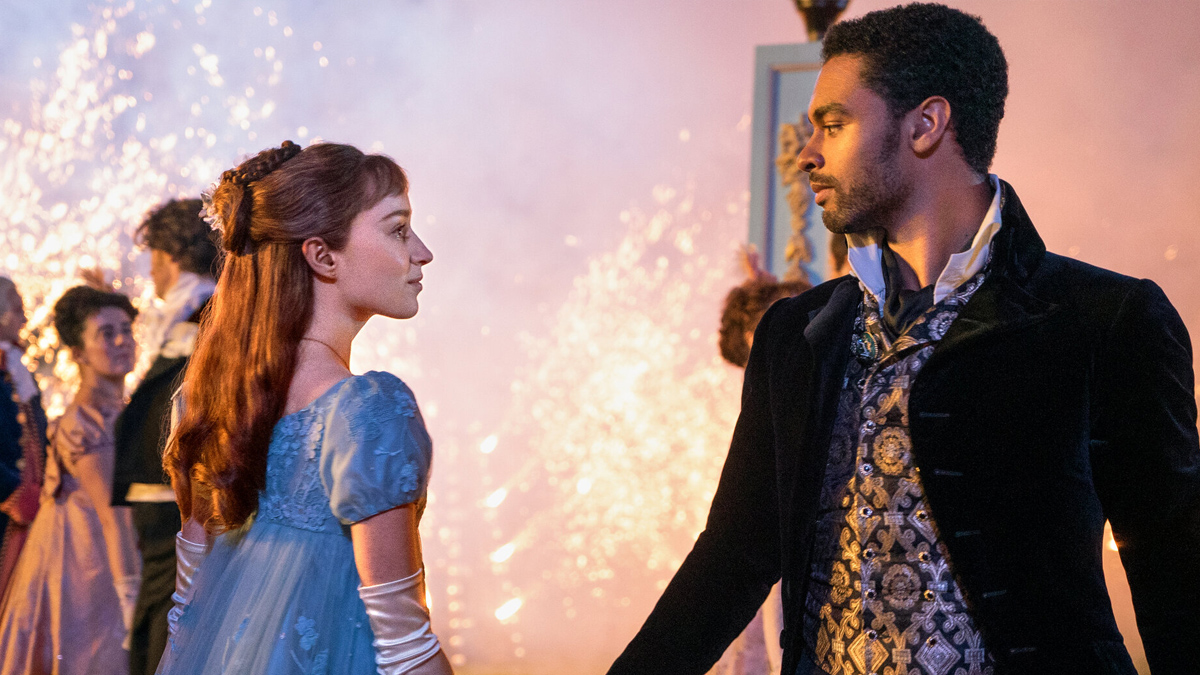 Dearest reader, you’re probably wondering what to do with your time while you wait for the new season of Bridgerton. Rest assured, because we’ve got you covered. Here are our picks for the top 10 best shows like Bridgerton.

Okay, it’s true that Gossip Girl is set in the modern world as opposed to the 19th century, yet it’s impossible to ignore the major parallels. Let’s start with a witty narrator who gossips about people’s lives and that no one knows who she is. Well… Gossip Girl was the OG Lady Whistledown. Kirsten Bell and Julie Andrew are both great narrators and definitely make these two shows stand out.

Moreover, if Bridgerton is about royal characters, we’d say the Upper East Side is definitely a modern version of royalty. And, of course, let us not forget about the drama, the sex, the betrayal and the scandals which fuel both shows. Not every season of Gossip Girl is great, but it’s definitely a classic full of youth and great talents, just like Bridgerton is set to become.

Set some years before Bridgerton, also in London, but with a completely different perspective and definitely grittier, Harlots should be your next watch. The show follows the struggles of Margaret Wells, the owner of a brothel, as she moves to a fancier area of London to try to provide a good life for her two daughters.

Hulu’s original series empowers women and puts them at the center of action in a time when they were sidelined, and, just like Bridgerton, shamelessly brings sex to the front. With it comes rivalries, scandals, romances, and discussions among those who support and oppose the oldest profession. As such, if you like the Bridgerton time period, Harlots is the way to go!

Hulu’s The Great offers a hilarious take on the life of Catherine the Great of Russia in the 1700s. While set in a different country and about 100 years before the events of Bridgerton, it definitely evokes the same feelings thanks to the amazing and detailed costumes and sets. Moreover, The Great is unexpectedly funny, which can be a good break from the dramatic and serious nature Bridgerton often tries to take.

Just like Bridgerton, The Great doesn’t try to be historically accurate and focuses mostly on developing characters instead of following history books. As such, Elle Fanning gets to play a fun role as she tries to overthrow Peter III (Nicholas Hoult) and one of the strongest governments in the world. Even though it’s not as steamy as Bridgerton, it’s still empowering and a great watch.

If The Great is not steamy enough for you, Outlander definitely is. The Starz show mixes the past with modernity thanks to its great protagonist Claire Randall, which through time travel, brings her 20th-century point of view into the mid-18th century. With great costumes and stunning Scottish landscapes, Outlander is an adaptation of Diana Gabaldon’s novels that transports you back in time and place, just like Bridgerton.

It’s a completely immersive experience supported by the great protagonists Caitriona Balfe and Sam Heughan, who have undeniable chemistry and, therefore, offer six seasons of romance and steaminess that cannot be restrained by the space-time continuum. The show has some historical accuracy, but it’s mostly focused on how people could have dealt with historical events if they knew them prior to them happening.

Hailee Steinfeld stars as Emily Dickinson in Dickinson, a show that follows the story of the 19th-century writer and poet while throwing some millennial perspective in there. As such, the Apply TV+ show is similar to Bridgerton as it focuses on traditional gender roles while deconstructing them. However, it goes beyond the plot and, just like Bridgerton, Dickinson throws in present-day music, not hidden by string quartets but as full-on blasting songs.

As it must, this period piece is set in the United States, and, therefore, the fashion and sets are a nice change from Bridgerton, as they are soberer. Although those aspects are simpler, the show is very witty and full of surprises by adopting modern dialogue and by including Wiz Khalifa as Death. Three seasons of delight that can be your next binge!

Downton Abbey is definitely the OG of period dramas, and it set the bar high for what came next. Even though it takes place in the 20th century, a century later than Bridgerton, it also focuses on an English family drama, the Crawleys. Just as packed with society scandals as Bridgerton, with enough historical references, Downton Abbey is yet another take on the classism of British aristocracy.

If you already got on the train in 2010, fear not because Downton Abbey creator Julian Fellowes left us with Belgravia and The Gilded Age, both great alternatives. On the one hand, Belgravia takes place during the exact same time period as Bridgerton and deals with a secret pregnancy – what would Lady Whistledown say?

On the other hand, The Gilded Age, also close in time to Bridgerton, mixes a lot of drama and personal affairs of two sisters with actual historical events that happened in New York City. In the end, these three shows, full of scandals and class commentary, will fill a great portion of your time.

It’s impossible to watch Bridgerton and not think about Pride and Prejudice. In fact, the books and show are inspired by Jane Austen’s work which can be seen through the multiple references during the Netflix show. Pride and Prejudice has had many adaptations, but as we’re talking about shows, we couldn’t not mention the 1995 BBC miniseries, which delves deeper into Austen’s novel than the acclaimed 2005 film.

Set in the same time period, if you enjoyed Anthony Bridgerton’s scene on the lake, you’ll be happy to watch Colin Firth’s unforgettable swim scene in Pride and Prejudice.

Gentleman Jack is set in the mid-1800s in England and based on the diaries of Anne Lister, a lesbian woman who documented her life, sometimes using codes based on algebra or Ancient Greek. The HBO show offers a good alternative to the heteronormative romance that seems to dominate most period dramas.

Lister (Surrane Jones) was a landowner and industrialist that recorded her courtship with Ann Walker (Sophie Rundle) through messages that only she could decode. Gentleman Jack adopts the Bridgerton and Dickinson route by being semi-historically accurate, as no one really knows what actually happened and can only assume by what’s on the diaries.

William Makepeace Thackeray made his commentary on British high society with the 1847 serial Vanity Fair, which was adapted to television by Prime Video in 2018. While not as much about sex as Bridgerton is, it still has the essence there, thanks to the social critique and the social ladder that it addresses. Vanity Fair follows Beck Sharp (Olivia Cooke) as she tries to get herself out of poverty, and while that’s the main plot, Becky can’t get away from finding herself in a complicated romance.

The Prime Video show is another take on the Regency Era and could be interpreted as an outsider’s take on the elite world of Bridgerton. As a bonus, it features Claudia Jessie (Eloise in Bridgerton) as Becky’s friend Amelia.

Queen Charlotte became so popular in Bridgerton that Netflix decided to give her her own spin-off show. While we wait to see the queen navigating royal life, Victoria is a great alternative. Let’s be honest; if there’s a show following a queen that everyone talks about, that’s The Crown. But, if you want a similar vibe to Bridgerton, that’s not the show for you.

Victoria, however, is a lighter show that follows Queen Victoria from her ascension to the throne to her traditional but extremely loving courtship with Albert. If you adore the chemistry between the cast of Bridgerton, you’ll fall in love with Victoria.

That’s a wrap on our list of the top 10 best shows like Bridgerton. How did you feel about our picks? Did we miss anything? Let us know in the usual place down below. Be sure to search for Twinfinite for more entertainment-related content, including our picks for the best detectives in movies, the best shows like The White Lotus, and the best movies like About Time.