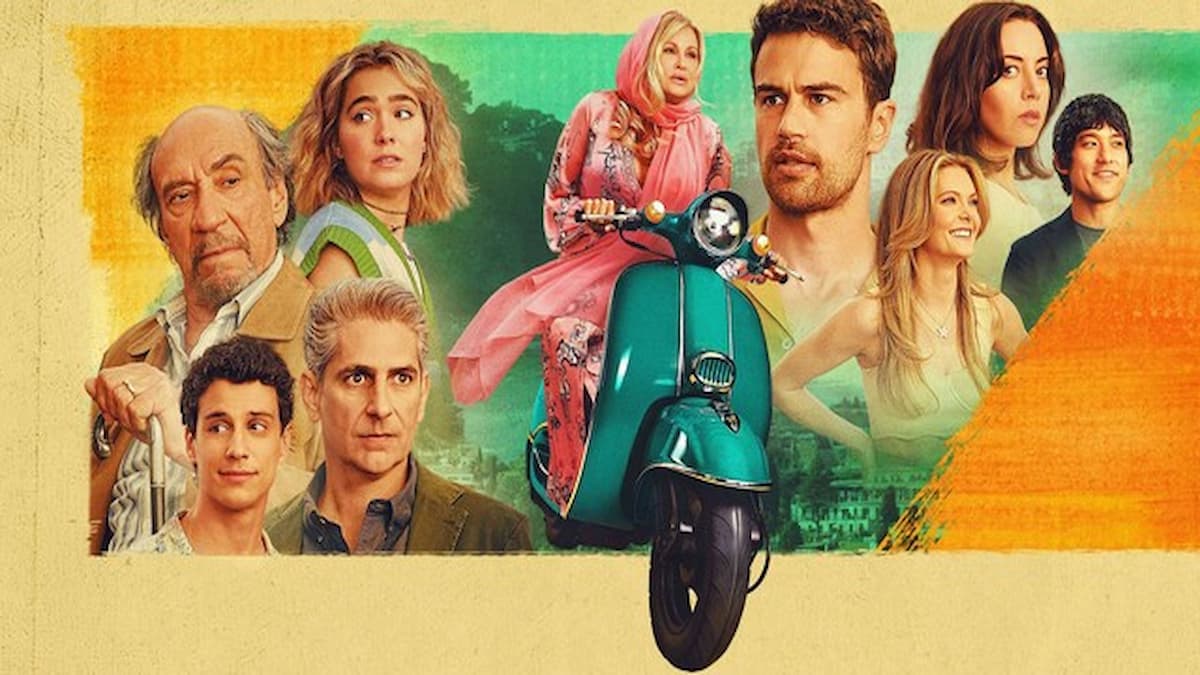 The White Lotus seems to have taken the TV world by storm, as its popularity has skyrocketed from the first season to the next. The show’s popularity has come from the many different characters who are dropped into a specific setting, with viewers loving the opportunity to check out what each person is planning and hiding. Fortunately, there are several other shows that offer the same kind of entertainment with their own spin. Here are 10 shows like The White Lotus that fans should make sure to watch.

Only Murders in the Building follows three characters interested in true crime podcasts who become embroiled in an actual murder mystery. Their attempts to find the real culprits make them both suspects and targets of the villains who want to silence them.

Survivor Season 37: David vs. Goliath is part of the long-running reality series where contestants are dropped into isolated locations, relying on endurance challenges and teamwork to make it through. David vs. Goliath has a twist where groups are separated based on “Davids,” who are underdogs, and “Goliaths,” who are overachievers and possess greater physical gifts.

Much like The White Lotus, Survivor: David vs. Goliath centers around the social divide, which is what fans of the former will like about the series. It can be seen as a real-life version of how The White Lotus characters would behave if they were in such scenarios. Interestingly, show creator Mike White was the runner-up in the David vs. Goliath season, and there are many parallels between here and The White Lotus.

Bad Sisters is a black comedy thriller about five sisters who are being investigated for the death of one of their’s husbands. The show shifts between the present and the past to fill in the gaps in the story, leading up to reveal if their initial plan to kill the man actually worked out or if he died through other circumstances.

Bad Sisters’ morally grey characters are similar to the ones in The White Lotus, as their secrets and ill intentions come to a head in grizzly ways. Of course, the series uses humor as a way of keeping every episode breezy to watch, which is another aspect that Bad Sisters has in common with The White Lotus.

Nine Perfect Strangers is a mystery drama about the titular characters arriving at a retreat, only to find themselves stuck in a place where the founder plans to play with their lives. The story twists the narrative later on to show the true reasons for the characters to be there.

Big Little Lies is a drama murder mystery about upper-class women whose mundane lives take a hit when they become embroiled in a murder investigation. The show throws various curveballs to conceal what the true issue is, with one clue leading into another.

The White Lotus fans will find the mysterious element in Big Little Lies to be appealing, as there are several characters present with their own intentions. The show has a relatively stifling atmosphere, which contributes to the sense of paranoia around all these personalities.

Enlightened is a comedy-drama about a woman who has a nervous breakdown in her executive job role. Following this event, she gains new clarity and strives to change her ways, but finds this to be a big problem since her lifestyle involves constantly having to deceive people.

Enlightened might center around one character, but it has an ensemble feel since the protagonist has to deal with so many people affected by the change in her ways. This places it along the lines of The White Lotus since both shows have characters reacting harshly to how decisions impact them, with Enlightened taking a more dramatic approach to this.

While fans of The Big Bang Theory will always know Kaley Cuoco as Penny, the actress has done well for herself by expanding her work. Cuoco stars in the titular role in The Flight Attendant, which sees the protagonist framed in a murder she didn’t commit but also can’t recall the events that got her stuck in this conundrum.

The Flight Attendant’s blend of humor and thriller is reminiscent of The White Lotus, although this series is lighthearted in comparison. But both shows have viewers guessing right up until the final episodes of the season, which ensures that fans won’t lose interest at any point.

Fleishman Is in Trouble is a drama series about the titular character who discovers he’s quite the catch even at 40 when dating apps yield great results. However, Fleishman also has to deal with the disappearance of his ex-wife and having to manage his kids.

Fleishman Is in Trouble is a lot more sedated than The White Lotus, although it shares the latter’s inclination for deep characters who don’t confront their issues until they start staring them in the face. The show reveals the reasons behind the departure of his ex-wife gradually, with this outline being fairly similar to how The White Lotus functions.

The Resort is a dark comedy focusing on a vacationing married couple who become involved in the investigation of disappeared tourists from 15 years ago. The series has a surprisingly cheery tone despite its general premise, which makes it a good watch for both gripping and funny entertainment.

The White Lotus fans will like the savannah setting and approach to humor that The Resort takes, as the series can be seen as a less complicated take on the story. The Resort is helped by the strong performances of the leads, who manage to maintain a light tone all the way through.

Succession is a satirical drama focusing on the Roy family siblings who are looking to succeed their father as owners of his conglomerate. The characters’ tendencies to cut corners and look for ways to one-up each other are the main aspects of a story about greed and corruption.

The White Lotus fans will take to the ensemble format of Succession, while the dubious intentions and moralities of the main cast will also feel familiar. The show has a multifaceted quality, as elements of tragedy, outright comedy, and family drama can also be found here.

That does it for our picks for the best shows like The White Lotus. Be sure to search for Twinfinite for more entertainment-related content, including our take on the Top 10 Best Shows Like National Treasure: Edge Of History.