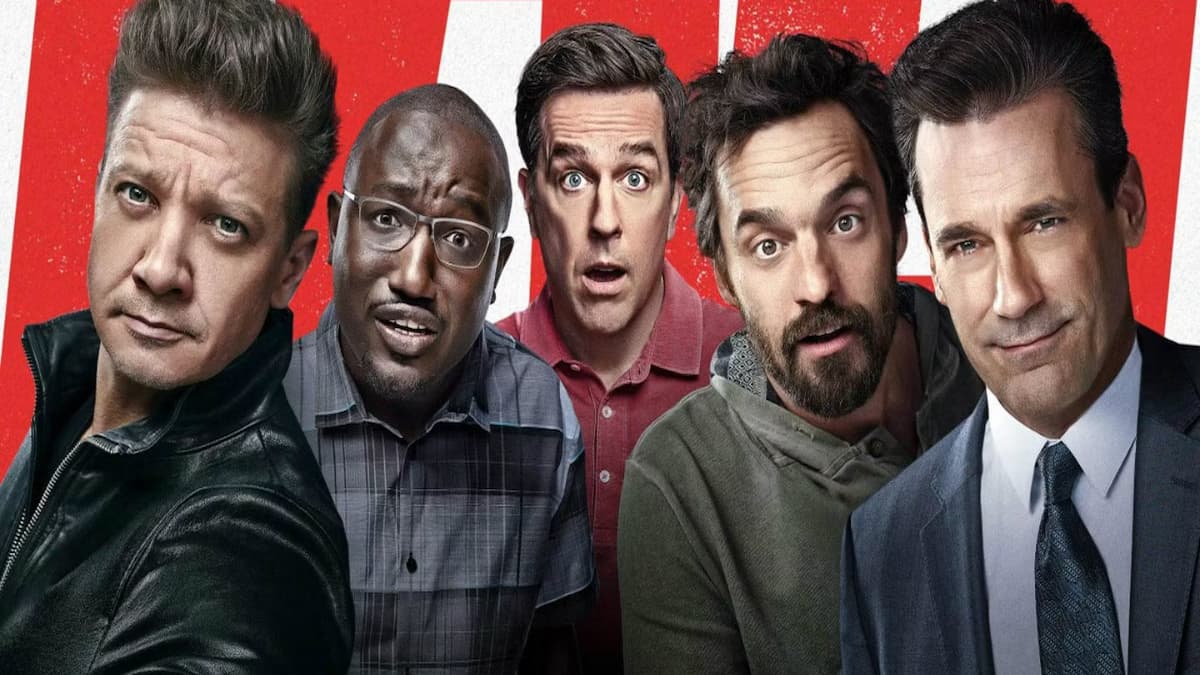 Tag remains a film many viewers favor to have a fun, breezy viewing experience, as the premise of friends literally tagging each other as a way of staying in each other’s lives is always entertaining.

Tag isn’t the only movie that offers things like the theme of friendship, funny incidents, and oddball moments, with quite a few films out there presenting their own take on these elements. With that in mind, here are the 10 best movies like Tag to check out.

While fans might know of Bradley Cooper from his role as Rocket in Guardians of the Galaxy these days, the actor hit mainstream popularity with The Hangover. The film is about four friends who have a wild bachelor’s party, only to wake up the next day to realize the groom is missing and they have to locate him before his wedding.

Fans of Tag will love the friendship aspect in The Hangover, where the characters give each other a hard time but truly care for each other. The movie has several funny sequences as the friends retrace their steps to hilarious lengths, running into embarrassing situations and even outright danger.

Before Paul Rudd moved on to be a superhero in the Ant-Man and the Wasp films, he was primarily known as a comedy actor. I Love You, Man has Rudd paired with Jason Segel in a film where their characters become friends before one of them gets married, with this newfound friendship interfering with the wedding.

Much like Tag, I Love You, Man has a wedding as the main backdrop and centers around the dynamic of the main characters. The movie has a heartwarming aspect to it, with the main duo finding a platonic love with each other. Of course, this is also played for laughs as their chemistry nearly eclipses the actual wedding.

John Cena has put on many hats over his career, ranging from WWE Superstar to DCEU’s Peacemaker. But the performer really hit his stride in movies in comedic roles such as in Blockers. The film is about three parents who learn of their daughters’ intentions to lose their virginity and scramble around town to stop them from hooking up.

Blockers has the same bizarre premise as Tag, along with the characters realizing that they’ve gone overboard once they do some introspection. Also like Tag, there are a lot of over-the-top moments as the three protagonists search for their daughters and get into trouble themselves.

Accepted is about a group of high school graduates who have scored so low that no college is willing to accept them. The friends end up creating their own fake college to please their parents, a ploy which gets out of hand when students start enrolling.

Accepted and Tag both feature things spiraling out of control from an initially minor point, so fans of the latter will enjoy this aspect in Accepted. The movie is mainly a comedy but takes on more emotional undertones by the end when the characters realize that their college actually has merit.

Grown Ups doesn’t have much of a plot, focusing on the pratfalls of a group of friends who reunite on the 4th of July weekend in their hometown. The pals eventually come to realize that they’ve missed being in each other’s lives before deciding to stay for good.

Tag and Grown Ups both stress the idea of keeping your inner child alive through the influence of friends. Just as it is in Tag, Grown Ups has a friend group with various personalities who all revert back to their childhood attitudes when they’re around each other.

This Is the End features a large roster of celebrities playing fictionalized versions of themselves during a party when the apocalypse begins. With just a few left stranded in James Franco’s home, the remaining celebs try to survive while realizing they’re hilariously inept at taking care of themselves.

This Is the End may have the apocalypse aspect that’s not in Tag, but fans of the latter will still appreciate the laughs in store, which come from the characters’ clash in personality. The time stuck in Franco’s home brings a few together while the others show their evil side, although it’s all presented through a comedic lens.

Dude, Where’s My Car? Is a stoner comedy about two dimwitted friends who wake up without any memory of what happened. Their attempts to retrace their steps lead to the discovery of things like alien life forms, cultists, and the sudden requirement for them to save the world.

Dude, Where’s My Car? definitely goes off the rails quickly, yet it’s this quality that makes it so entertaining. Fans of Tag will like the kooky premise that never takes itself seriously, along with how the two dumb but likable leads remain steadfast in their friendship.

As its name suggests, Game Night is set during a night of misadventures when a scheduled evening of fun activities is derailed. The story is about husband and wife couple Max and Anne, whose game night becomes disastrous when Max’s brother is abducted for real and they have to save him.

The fast-paced atmosphere of Game Night is what fans of Tag will like the best, with the movie going through scene by scene quickly as Max and Anne zero in on his brother’s whereabouts. The witty screenplay does wonders in retaining viewer interest, as frequent twists keep getting thrown at the audience until the climax.

Let’s Be Cops plays it straight with its offbeat premise, featuring a pair of friends who pretend to be policemen after a series of misunderstandings. As expected, the two eventually become real heroes by foiling the baddies’ plans, although it takes a lot of trial and error to get there.

Let’s Be Cops and Tag have a quirky premise in common, with the former sharing Tag’s theme of friendship overcoming all problems. The movie also has quite a bit of action working in its favor since the whole point of the story is of the friends posing as police officers.

The Wedding Crashers is about two friends who look to pick up women at weddings they’re not invited to. This practice comes to a halt when both of them fall for women they only planned to hook up with, getting sucked into their love interests’ lives while trying to conceal their original intentions.

The Wedding Crashers and Tag have the backdrop of an impending marriage, along with the chemistry between leads whose friendships define their characters. The movie is also credited with kickstarting the trend of raunchy buddy comedies which has lasted to this day.

That does it for our picks for the best movies like Tag. Be sure to search for Twinfinite for more entertainment-related content, including our take on 10 directors we’d love to see in the MCU.