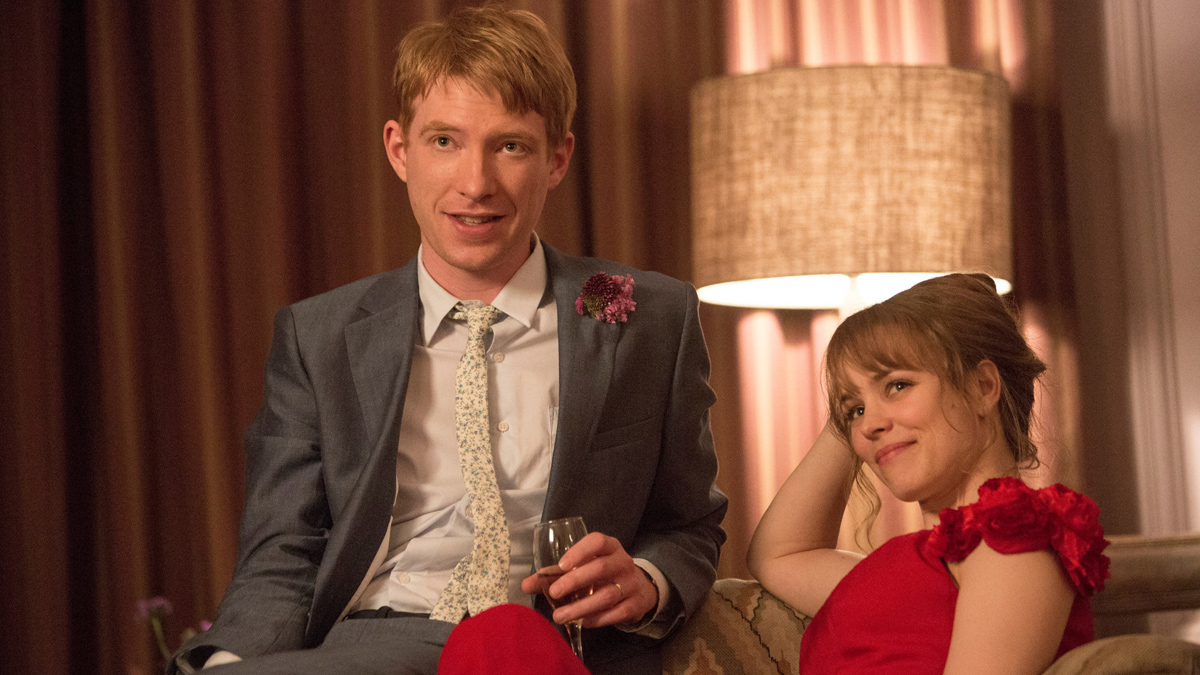 Choosing which rom-com to watch next can be a tricky decision. They can go from trash to instantly make you fall in love with the idea of being in love. Hence, if you find a movie with a specific theme within the rom-com category that you really like, it makes sense you want to watch similar movies. Therefore, you’re here because you love About Time. While it is not easy to find a movie to match it, here’s our attempt at the top 10 best movies like About Time.

Rachel McAdams seems to love starring in movies about time-traveling, even if she doesn’t engage in the time travel herself. Again, passed through the family, time-traveling appears in this movie as a genetic disorder. The protagonist Henry (Eric Bana) jumps involuntarily through time and ends up visiting Clare (Rachel McAdams) at different moments of her life. The fact that he can’t control his travels makes it more difficult for the romance to develop smoothly.

The Time Traveler’s Wife is objectively not as good as About Time. However, it does have the same theme and it was so popular that HBO picked the story up and adapted it into a television show in 2022. If you enjoy thinking about free will and determinism this is a good choice.

50 First Dates stars Adam Sandler and Drew Barrymore in one of the funniest and most cliché rom-coms ever. While neither time-traveling nor sci-fi elements are guiding the film, Lucy (Drew Barrymore), the main character has short-term memory loss. As a result, she wakes up every morning not remembering the previous day. When Henry (Adam Sandler) becomes aware of her reality, he decides to impress her again each new day. Hence, it’s like he can go back in time and alter her perception of him, affording him a second and third and fourth chance at making it right.

This is definitely the funniest movie on this list, yet it still has an inspiring message. Each day is a new opportunity to improve and impress the people we love.

Ruby Sparks takes fantasy in rom-coms to a new place. When Calvin (Paul Dano), who is a novelist, can’t find inspiration to write his book, nor can he develop lasting relationships, he goes to therapy. Because of his therapy session and a consequent dream, he creates a character named –you guessed it– Ruby Sparks. And he falls in love with the character. The fantastical happens when Ruby (Zoe Kazan) actually appears in front of him and he has to navigate his new reality.

Getting stuck in a time loop is not a new concept, yet Palm Springs tries to approach the genre with different lenses by almost making a parody of itself. This time, two strangers, played by Andy Samberg and Cristin Milioti, are at a wedding when they get stuck. As if the whole “repeating the same day” thing wasn’t stressful enough, imagine having to share that experience with the same person every single day. You’re in for a good time!

This Japanese animated movie is completely different compared to the rest of the entries on this list but encapsulates the feeling you get while watching About Time extremely well. Truth is, this is one of those cases in which the less you know about the plot the better.

Just so you can have a general idea, this is a fantasy in which a girl and a boy swap bodies and manage to send messages to each other across space. However, it is much more than that thanks to the visuals and the score that completely enchant the viewer.

With Ryan Reynolds as the lead, this movie travels back in time in a non-sci-fi way. Will, Reynolds’ character, is going through a divorce and decides to tell his daughter the story of how he met her mother. While telling that story he reminisces about past relationships and understands where things went wrong in his love life.

Definitely, Maybe is an endearing and fun journey, where the romantic relationship is not the only focus, giving space to Will’s relationship with his daughter.

After being involved in an accident, Adaline (Blake Lively) stops aging at 29 years old. While the world keeps changing, Adaline remains the same and never confronts her fears, until she meets the one. In the end, this story leaves the viewer feeling hopeful about finding love, no matter how many years it takes.

If there are movies that take time seriously, those are Before Sunrise, Before Sunset, and Before Midnight. The trilogy was released over the period of 18 years, one movie every nine years, hence we can follow the characters aging in real-time. While plot-wise these might be the simplest of the list, they are also the most beautiful. In this trilogy, we follow Jesse (Ethan Hawke) and Celine (Julie Delpy) as they wander through different European cities, and we listen to their conversations, and we witness the development of their relationship.

With dreamy cinematography, these movies illustrate the different phases of a relationship and what can happen to a couple with the passage of time.

Yes, Rachel McAdams is also in this one, although this time with a minor role. She appears as the fiancée of Gil (Owen Wilson), the protagonist. While their relationship has always been marked by different goals, the gap between the pair widens when they travel to Paris and Gil starts time-traveling.

In this movie, we get to see a grounded Owen Wilson giving life to a character that lives in denial regarding his present situation and founds escapism by going back to the past and romanticizing it. While this might be one of the most serious movies on the list, its visuals make it very magical and comforting to watch.

Love, Rosie is a story about the right person at the wrong time. Rosie (Lily Collins) and Alex (Sam Claflin) have known each other and have been best friends since age five but it’s only when they are much older that they develop romantic feelings toward each other. However, certain decisions they make send them in opposite directions. No matter how many times this happens over the years, they find their way back to each other… as friends.

That’s a wrap on our list on the top 10 best movies like About Time. How did you feel about our picks? Did we miss anything? Let us know in the usual place down below. Be sure to search for Twinfinite for more entertainment-related content, including our picks for the Top 10 Best Scary Movies For 13-Year-Olds and Top 10 Worst Superhero Movies of All Time.