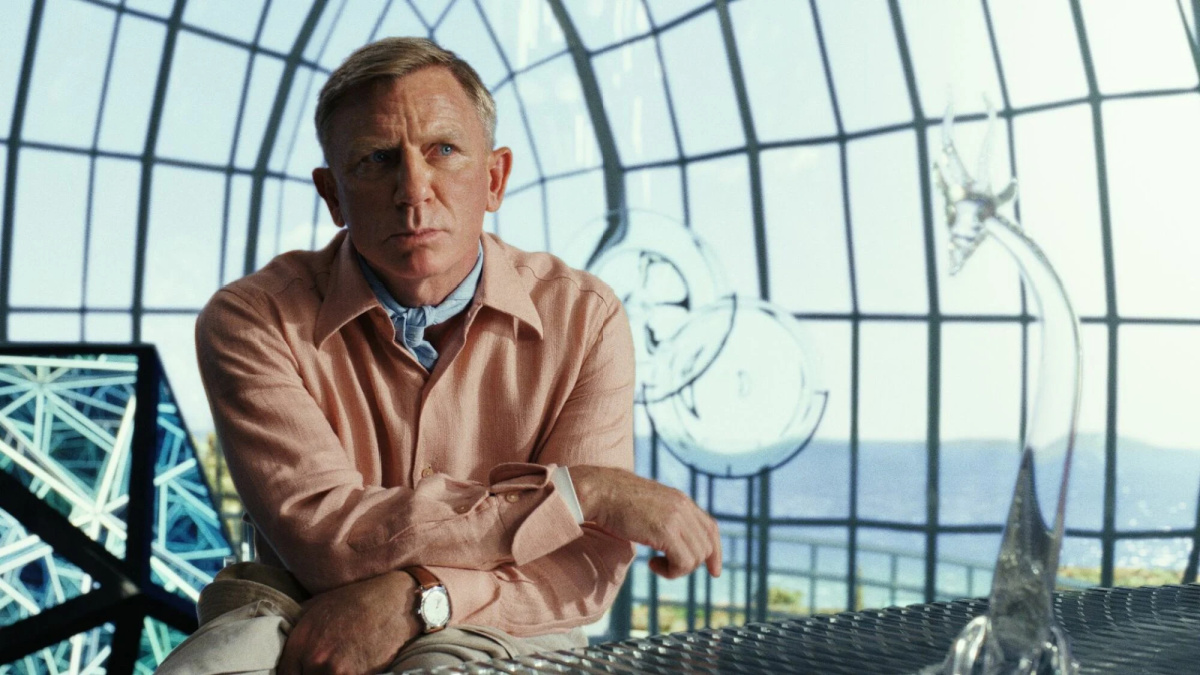 Detective movies have always been a cult favorite among audiences because they give them a chance to enhance their investigative intuitions while also sharing the thrills with the protagonists as they crack the case. A successful detective movie is impossible without a great inspector to lead the audience on the quest for truth and give the story a feeling of morality and justice.

Benoit Blanc (Daniel Craig), the investigator from Knives Out, returns to Netflix with more mystery and action on display. This may pique viewers’ curiosity in seeking additional cinematic detectives that have Blanc’s distinctive sense of style and investigative talents. Look no further. To celebrate the release of Glass Onion: A Knives Out Mystery, here is a list of the best PIs in cinematic history.

What makes Benoit Blanc a great detective is not only that he is a fresh take on the genre, but because he is a precise, detail oriented PI like no other in modern day storytelling.

Daniel Craig, who is known for his rendition of James Bond in the relaunch of the franchise, embodies the contemporary, tough, and cool sensibility of Blanc’s southern detective to perfection. At the same time though, he has plenty of quirks that he brings to the table which humanize and ground Blanc, such as his need to smoke clouding his otherwise flawless perception (pun intended).

Once he’s on the job, however, Benoit’s best strengths come out and he becomes a force to be reckoned with. He conducts interviews with the victim’s family members while maintaining an appearance of self-assurance and serenity, throwing them off balance and manipulating them into telling him exactly what he needs to know.

He’s also capable of forming charming partnerships with people like Marta Cabrera, played by Ana de Armas, or Helen Brand, played by Janelle Monáe, which leads them to some of the most riveting yet humorous conclusions that murder mysteries could ever provide.

Rian Johnson’s Benoit Blanc takes a lot of inspiration from Sherlock Holmes, and especially from the 2009 iteration present in Guy Ritchie’s take on the character.

A progenitor of the detective character as we know it, Holmes can be considered one of the oldest and most prolific sleuths right up there with Agatha Christie characters. He is extremely detailed-oriented, but is also practical and pragmatic. Detectives like Blanc act as more of a god-like figure touched by the scandal through mitosis, whereas Holmes risks his life with the action.

In addition to exhibiting Holmes’ eccentric personality and enormous ego from the original novels, Robert Downey Jr. is able to depict Holmes’ talent for unraveling mysteries via the application of logic and acute observation. Downey gives a performance that is so ideally suited to him, it is difficult to see any other contemporary actor successfully playing the legendary part.

“You’ve got to ask yourself one question: ‘Do I feel lucky?’ Well, do ya, punk?”

It’s no wonder that this became the famous catchphrase that it is today. A lot of people still talk about how great this movie was because of Eastwood’s snarling voice and ferocious performance as Harry Callahan, a downright gritty yet everyday PI whose gift is understanding what a killer’s next move is. He’s a cop’s cop, and only Eastwood can pull off the cool masculinity that molds Callahan into one of the greatest detectives of all time.

The writing around Callahan’s character bolsters his persona as well. Having been stuck with whatever “dirty” task happens to be available is what gave rise to Harry’s moniker, and when it comes to the bottom-rung tasks of the police, Harry has grown a thick skin and a calm sense of aggression that allows him to get the job done and solve whatever case is in front of him.

Washington’s Easy Ralwins from Devil in a Blue Dress is the definition of confidence.

Denzel Washington gives the feeling that he was born to portray the role of a contemporary LA noir detective. He was a natural match for the part of private detective Ezekiel “Easy” Rawlins because of the cavalier way in which he spoke as well as the rough background of the character. His demeanor says “I don’t care,” but in reality, his obsessive need to crack a case makes him a great PI.

Despite the fact that he is pursuing several opportunities for financial gain, his relentlessness is gripping and performed so naturally that Washington engulfs the spirit of Rawlins. Because of how well Washington portrayed the likable Rawlins in the film, the role of the character could have gone on for a longer screen time or sequels to boot.

Harrison Ford serves as the cynical “blade runner” Rick Deckard who is intent on tracking and murdering replicants in Blade Runner, and his sensibility and keen intuition make him the perfect futuristic PI.

Ford’s noir interpretation of Deckard compared to the source material was a big component of the film’s enduring appeal. Even though he’s stuck on a dying planet, he manages to maintain an air of calm and resignation, focusing on his job no matter what gets in his way or is going on around him. Even if he ends up facing down serious threats while on the job, he’ll still push forward to track down his target and uncover the truth.

And yet, as all of this is going on, Ford still manages to make the internal struggles Deckard is contending with feel tangible and substantial. His lingering doubt regarding whether or not he’s a replicant himself, and the anguish surrounding the implications of what this could mean for his future, shine through all the way to the film’s murky conclusion and have kept Deckard’s story compelling for fans even so many decades later.

Robert Pattinson’s take on the “World’s Greatest Detective” in Matt Reeves’ The Batman birthed a new iteration of DC’s well-known hero which made his detective skills a centerpiece.

Whereas Tim Burton’s gothic vision of the caped crusader and Christopher Nolan’s grounded cinematic iteration both shied away from digging into this facet of the character, Reeves and Pattinson reveled in the Dark Knight’s ability to pick away at an unsolved crime. His careful examination of crime scenes, and his dogged pursuit of answers surrounding the further mysteries that stemmed from his case, are as interesting to follow as they are enthralling to watch play out.

This is saying even more when one looks at the typical practices of super hero films. It’s uncommon for a superhero movie to stay true to its origins while forging its own personality and legacy, with most opting to veer hard into the established blueprint for success. The Batman not only succeeds in doing what it sets out to do in largely its own way, but also enables its titular character to get back to using deduction in place of a strict adherence to violence.

The Silence of the Lambs has frequently been hailed as one of the finest and most influential movies of all time, and a lot of this is thanks to Jodie Foster’s portrayal of Clarice Starling.

While Starling may be a new detective narratively, Foster helps her drive to solve a case shine through almost immediately. Her hunger for recognition, and to see the facts brought together so her target can be apprehended, sells and endears Starling to viewers in a way only the best detectives could hope to.

Selling this further is how Starling interacts with Hannibal Lecter, played by Anthony Hopkins. In their peculiar cat-and-mouse relationship, they both depend on one another—Starling for knowledge regarding the workings of her target’s mind, and Lecter for a break from his excruciating imprisonment. Despite Lecter being a veteran serial killer, Starling manages to maneuver around his ploys and games to get the information she needs, helping her strengths as a detective shine all the brighter.

When it comes to film portrayals of detectives, Humphrey Bogart’s take on Sam Spade in The Maltese Falcon remains an iconic example of a film detective.

Through Bogart’s performance, Spade comes on as both wearily cynical and honest as he seeks the truth while surrounded by only lies. Although he is not as macho or action-oriented as other detectives on this list, and the bulk of his investigation is driven by discourse rather than action, he nevertheless manages to be fascinating in every way possible. He’s about uncovering the truth and only the truth, but is able to do so in a civil manner.

In addition to this though, there’s a devious side to the character which manages to peek through. His drive to uncover the facts he needs has an air of relentlessness to it, with Spade feeling like he would do whatever it takes to squeeze the truth from whoever may hold it. It’s somewhat sinister, but applies the perfect amount of intimidation to the character to make him memorable

Sometimes the chemistry between detectives makes the sum better than the parts. Such is the case with the “opposites attract” relationship of Brad Pitt’s David Mills and Morgan Freeman’s David Somerset In David Fincher’s Se7en.

Combining the energies of Somerset’s cynical veteran on the verge of retirement and Mills’ self-assured newcomer, the duo encapsulates all the best qualities one could hope to see in a detective. Over the course of their investigation into a string of grisly murders, they pick up the slack for each other by playing into their strengths. While Mills pursues leads and suspects through action and aggression, Mills methodically pieces together the clues and gives him a target to aim at.

Helping to make both characters shine further is the fact that only together can they crack the case and bring down the bad guy. They exemplify how every piece of a true detective is needed to reach their sought-after conclusion, and that the answers they find might end up damaging them far more than if they had chosen to give up their pursuit.

Gittes is a charmingly imperfect character who makes mistakes and gets himself into trouble throughout the convoluted set in Los Angeles’ underdeveloped Chinatown. He’s a decent and caring detective who will stop at nothing to discover the truth despite his weaknesses, and picks himself back up no matter how often he’s knocked down by those that would deter him. Even with several bandages covering half of his face, he still manages to appear sharp and suave as ever, his hunger for the truth unabated.

All of this is sold so well by Nicholson that one can’t help but be sucked in fully to Gittes’ adventure. Every discovery he makes, and every lead he manages to uncover despite suffering greatly for it, makes his final uncovering of the truth so satisfying that one could lose themselves in his exploits again and again.