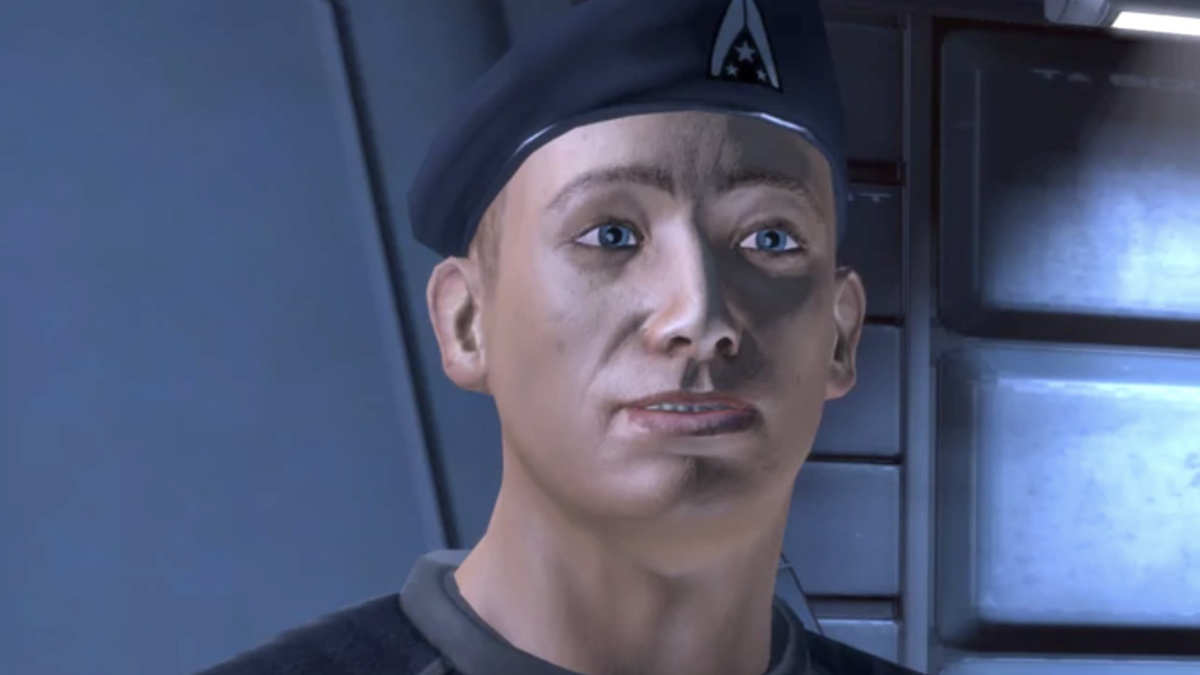 Screenshot by Twinfinite via Bioware and EA

Nearly 15 years after the game’s release, a scrapped scene from the first Mass Effect’s introductory segment has been reconstructed by a dedicated fan.

Unveiled via a post to the r/masseffect Subreddit on Jan. 20, the scene was rebuilt by user vegzkiller. Though they weren’t able to fully animate the character models, they did have some unused dialogue bits related to the scene which they could work with.

The cutscene sees Shepard walk in as Corporal Jenkins is hassling Kaiden about demonstrating his biotic abilities. Though Kaiden refuses at first and even tosses a mug at Jenkins — which Shepard then has to catch and throw back — he eventually relents and uses his powers on Jenkins’ hand. This causes Jenkins to bump into Shepard by accident, leaving him embarrassed. Doctor Chakwas then chides Kaiden, and Jenkins retreats further into the ship.

It’s a small scene, but also one which provides some extra context for how the rest of the crew interacted before the events of the game. Fans can see the reconstructed scene for themselves down below.

The scene isn’t the first vegzkiller has reconstructed and shared. Earlier this month, they revealed that there was a fully-made scene of Mordin using biotic powers to guide the team through their suicide mission at the end of Mass Effect 2. This was scrapped after it was determined Mordin wouldn’t be a Biotic user, but was still fully accessible and rebuildable within the game’s code.

Those interested in following vegzkiller‘s journey to reconstruct scenes can do so by keeping up to date with his Reddit account. For more on all things Mass Effect, be sure to take a look at our related articles down below.