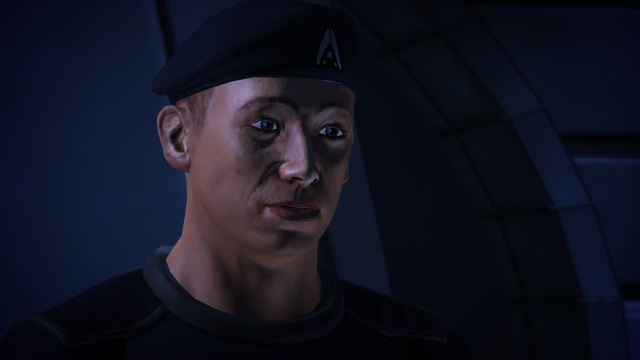 Richard L. Jenkins, commonly referred to as just Corporal Jenkins in Mass Effect is an Alliance Marine who joins the N7 team as part of Shepherds’ ground team during a mission to Eden Prime. Almost as soon as the team touches ground, however, Geth Drones appear and open fire and Corporal Jenkins is gunned down. With so many branching choices and decisions across the entire Mass Effect trilogy — now playable in crispy 4K thanks to the Mass Effect Legendary Edition — some players may be wondering if you can save Corporal Jenkins on Eden Prime?

Can You Save Corporal Jenkins in Mass Effect 1?

Unfortunately, no. No matter what decisions you’ve made or what you do on Eden Prime, Corporal Jenkins will always die.

Players will have a dialogue choice to make following his death, however, opting to either say “he deserves a burial,” “we can’t help him now,” or “forget about him.” Do the right thing and give Jenkins the burial he rightly deserved.

A Reference to Leeroy Jenkins?

Some players believe that Richard L. Jenkins is actually a reference to the popular Leeroy Jenkins video that took the internet by storm back in 2005. In the video, Leeroy Jenkins sprints headfirst into an intense fight, ignoring the tactics laid out by his raiding team, causing them all to die.

While Corporal Jenkins was following orders, he does take point and inevitably gets shot as a result. Plus, that L’s gotta stand for something, right?

Sorry to be the bearers of bad news this time around, but at least you can press F to pay respects for Corporal Jenkins with your conscience intact. For more tips, tricks and guides, head over to our wiki or see more of our coverage on the game below.