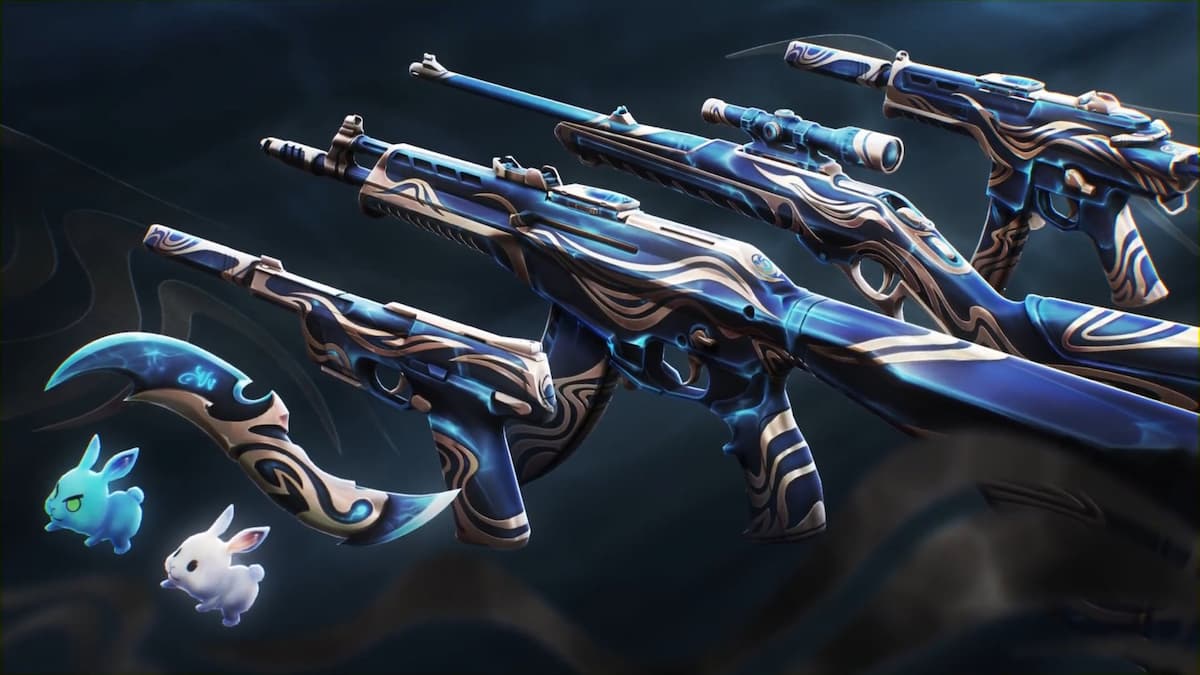 Just a week after Riot Games unveiled the first Act of Episode 6 and a skin bundle called Araxys, the publisher has just announced the next bundle coming to the store. It’s called Luna and it celebrates the Year of the Rabbit with a slick design that includes some cutesy gun buddies, too.

As you can see from the image and video sequence, it features the following weapons:

The melee skin is the same as the Mexican-themed Day of the Dead bundle from last year, which was called Nunca Olvidados.

The Luna skin bundle will swap into the store rotation from next week, Jan. 26, replacing the Araxys. There’s no word yet on the price, but judging from the design and effects we’ve seen so far I would imagine it’s not going to be too expensive (in relative terms, anyway). It’s likely a Deluxe tier (Guns 1275 VP, Melee 2550 VP). We’ll update this article once we know more.

For now, make sure you check out Twinfinite’s related Valorant content, including everything you need to know about the latest Battle Pass.