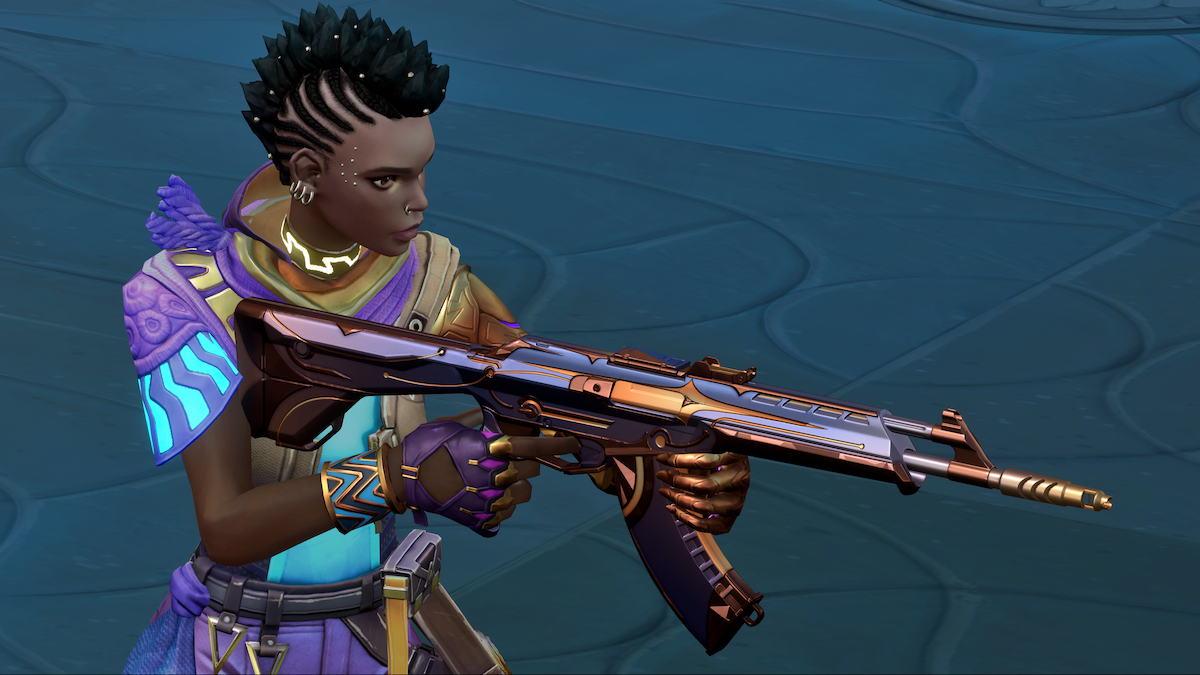 Valorant Episode 6 is about to launch its very first Act. And after a fairly quiet end to Episode 5, there’s plenty to get excited about this time around. First and foremost, the release of a brand new map called Lotus. Of course, there’s also new battle pass content as well, and if you’re planning on picking it up then here we’ll be revealing all Valorant Battle Pass rewards for Episode 6, Act 1, including the skins, player cards, and everything else that’s new.

“This year, we wanted to focus on aspects of unity and teamwork in VALORANT but put a fun twist on it. With the 9 Lives skinline, you can form a full team of Agents as cats. Items like the Good Fortune spray and New Year’s Knot buddy celebrate the New Year and coming together to celebrate with family and friends. The Peace and Love gun buddy was also created with this theme of unity and togetherness in mind.

This battle pass comes out at a time of celebration around the world. New Years, Valentine’s day, and Lunar New Year are all happening during this period. We wanted to celebrate those holidays through items like the Shock Heart spray and Electric Love buddy. We also really enjoyed working on the Venturi weapons skinline for this pass. The focus with those weapons was on depicting speed.”

As usual, there are three weapon skin lines included in the new BP:

Here’s a look at examples of each skin line, in the same order as listed above:

What’s in the Valorant Battle Pass? All Rewards Video

Here’s a full overview of all rewards and everything you can get in the Valorant Episode 6, Act 1 battle pass:

If you’re curious to see some of the battle pass skins in action, we actually have a gameplay montage featuring them being played on Lotus:

In addition to the weapon skins, there are also the usual array of sprays, player cards, and gun buddies to unlock as you work your way through each of the battle pass tiers. Rather than list all of them here, we’ve picked out a few of our favorites for you to check out. The player cards are really quite excellent this time around:

The Valorant battle pass price is unchanged from what is normal, costing 1,000VP. Remember that VP is the Valorant in-game currency, which can be bought in different bundles. 1,000VP is roughly equivalent to $10. To put the cost in perspective, a single Premium Edition weapon skin, such as the Prime, costs 1,750VP or around $17.50.

Is Valorant Episode 6, Act 1 Battle Pass Worth it?

Ultimately, each player will have their own opinion on whether the content included in this latest battle pass is worth spending money on. For us, we think it’s pretty decent — perhaps not quite as strong as the previous two but still in keeping with the high standards set by previous battle passes.

If you’re on the fence then one big factor you should probably consider is how much Valorant you think you’re likely to play over the coming months. The battle pass tiers are easy to tick off initially but take progressively more XP as you get higher up the ladder. You’ll need to be regularly playing the game to unlock all of them.

Still, you can always accelerate the process by making sure you’re ticking off daily and weekly challenges whenever they pop up. There are also sometimes squad bonus XP weekends, which offer more XP earned for playing with buddies in a group. Keep an eye out for them!

That should give you everything you need to know about the new weapon skins and accessories in Valorant Episode 6, Act 1’s Battle Pass. For more on this latest season of content, stay tuned to Twinfinite. You can read the full Patch 6.0 notes here, and our review of Lotus here.