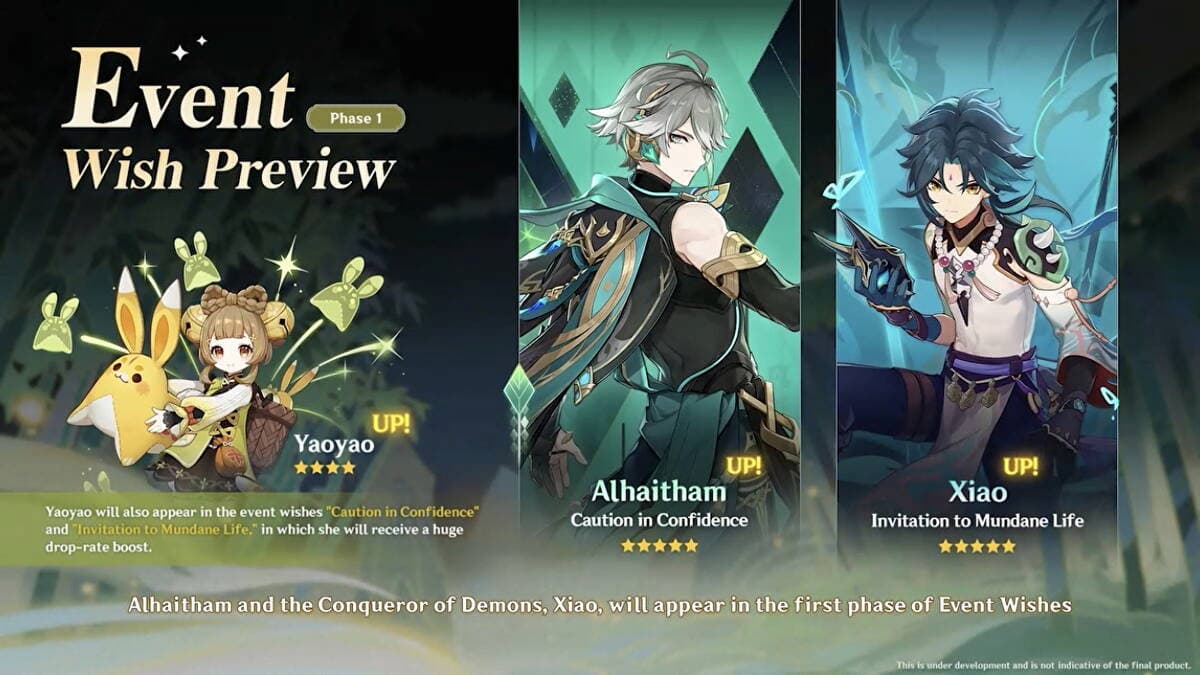 Two new playable characters are making their debut in the Genshin Impact 3.4 version: Alhaitham and Yaoyao. Therefore, Phase 1 of the 3.4 update kicks off with Alhaitham’s, YaoYao’s, and Xiao’s banners, featured in the Caution in Confidence and Invitation to Mundane Life event wish, respectively.

The Caution in Confidence and Invitation to Mundane Life event wish will commence along with the 3.4 version on January 18, 2023, and continue until February 7, 2023.

When it comes to the new weapon, Alhaitham’s signature sword, Light of Foliar Incision, will also be available in Phase 1 of the Epitome Invocation Banner. The weapon will receive a huge drop rate boost during this event. Players must spend an in-game currency called Fate in the game’s wish menu to unlock it.