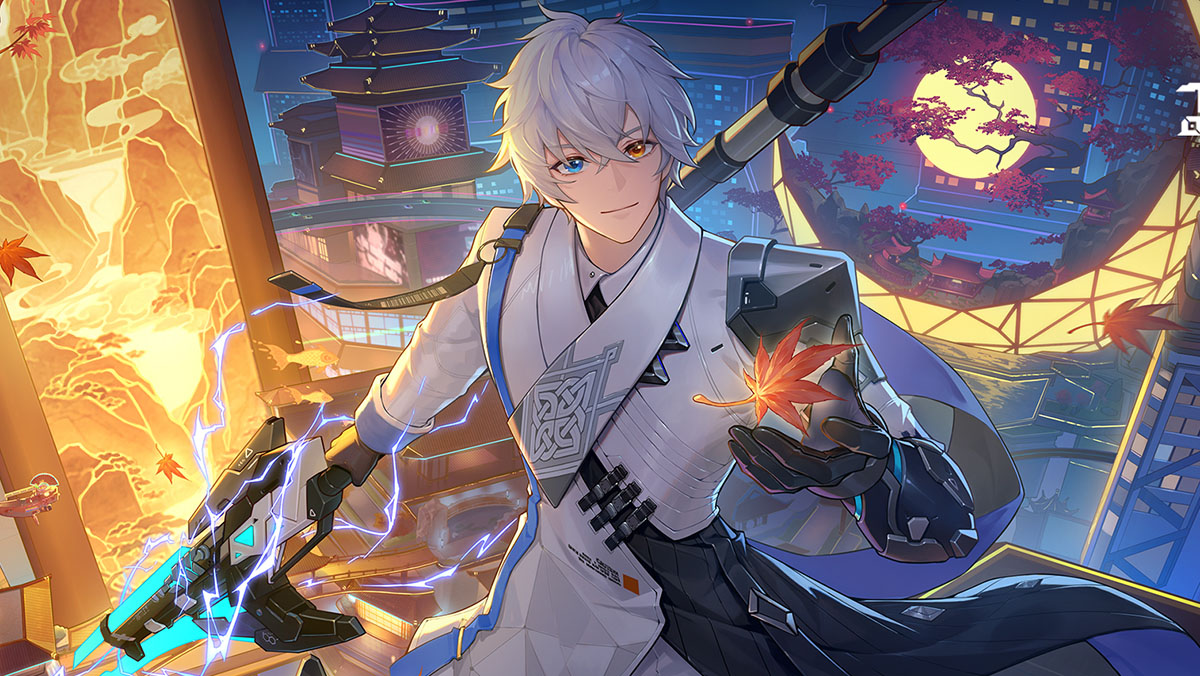 This time around, we get to see Tian Lang in action. He’s the newest Simulacrum who will join the game on Dec. 22.

Tian Lang, also known as the Director, works at the Mirroria Nursery. His job is to take care of the plants and sell them, but he hides his real identity as the top Executor of District 7.

His weapon is Thunderbreaker, a weapon capable to generate an electrical field to deal further damage to his enemies. He wields it through a custom-made handguard protecting his left fist. Apparently, the fact that he wields his weapon with his left hand is connected with having blocked an Abyssant’s energy attack with it. That energy has been lingering in his body, torturing him continuously. This is likely also linked to his orange left eye.

Yet, when he removes the hand-guard, he enters his second form and Thunderbreaker becomes a deadly trident. His battle aura becomes even deadlier.

You can watch him in action with all of his skills below.

Tower of Fantasy is currently available for PC, iOS, and Android, and recently received its 2.1 update.

The game is a shared open-world MMORPG set hundreds of years in the future on the distant and mysterious planet Aida. Developed by Hotta Studio, it wears its anime inspiration on the sleeve and features a post-apocalyptic sci-fi story, deep character development, and exciting action combat.

Some consider it an alternative option for players who want a Genshin Impact-like experience, and while it doesn’t appear that Tower of Fantasy achieved a similar level of popularity, it has been updated pretty consistently since its release, and has gathered a loyal fanbase.