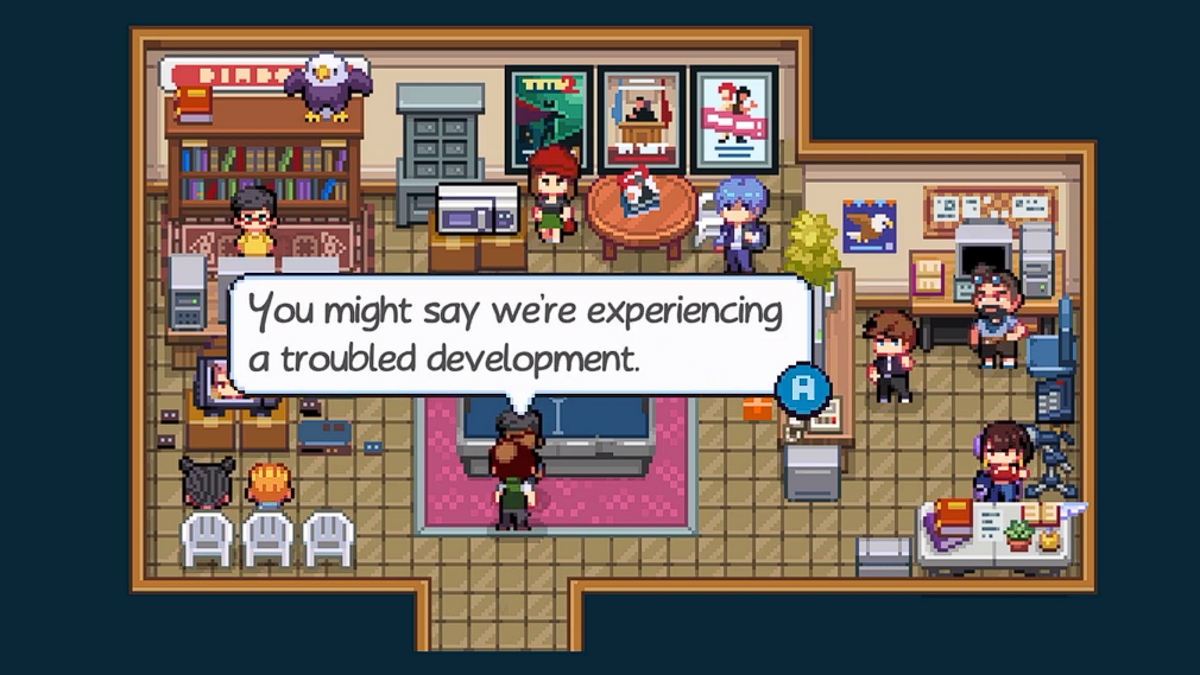 Sports Story, the long-anticipated sequel to indie hit Golf Story by Sidebar Games, was recently released on the Nintendo Switch just a few days before Christmas, and so far, the consensus from fans seems to be that the game is full of glitches and bugs. Many reports indicate that the game was released in such a state that it is simply unplayable.

Now, nearly a week after the game’s release, one player has discovered a secret “developer room” that isn’t accessible through typical means, and the contents of the room are grim. What this player found suggests that the developers were overworked while creating the game, the game’s original vision was lost, and the project became too ambitious somewhere along the way.

Twitter user tendog recorded gameplay from this Sports Story hidden room, which is filled with characters that represent developers in a work room. Each of the characters has something different to say regarding the state of the game and its creation.

Some examples of the dialogue include:

There is also dialogue exchange between some of the developers quarreling and blaming each other for broken and missing features.

Tendog also posted a YouTube video that shows how to access this hidden room in Sports Story. It involves entering Len’s store during the game’s first chapter, pushing some boxes to force the player character out of bounds, and navigating the empty space to the secret room.

Sports Story and its predecessor Golf Story are known for having humorous dialogue, but is this hidden room indicative of bigger issues at Sidebar Games during its development?

Sports Story was originally announced back in 2019 and had a targeted 2020 release window. When 2020 (and then 2021) came and passed with no word on the game’s progress, fans became worried about its status.

Finally, in November 2022, the game was announced to finally be released in December, and it dropped with very little fanfare or marketing on December 23.

The information in this newly discovered hidden developer room might explain why the game took so long to be released and why it launched in such a glitchy, buggy state.

You can watch Tendog’s video on how to access the hidden room in Sports Story below.