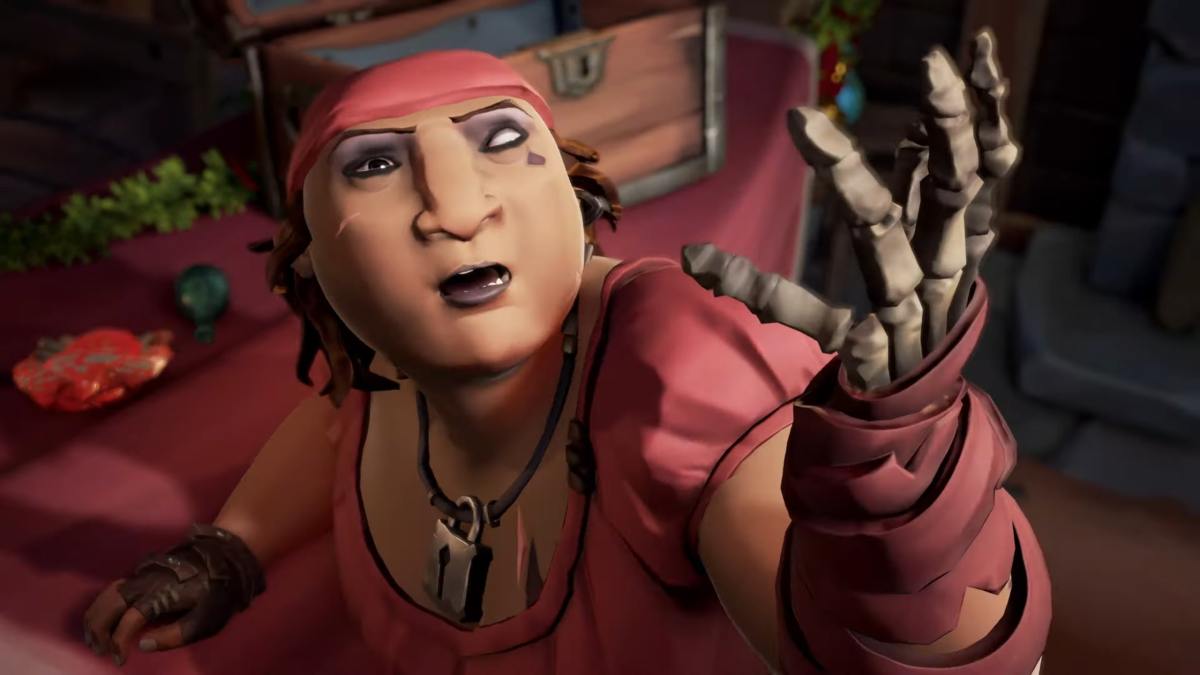 Today Rare and Microsoft released a cinematic trailer for the next adventure that is coming to Sea of Thieves.

The adventure is titled “The Rogue’s Legacy” and the trailer certainly goes from cheerful at the beginning to rather dark at the end.

We see the tavern keeper Tasha as she finds a note from Skeleton lord Captain Briggsy that leads her to find a treasure chest. Yet, when she wakes up in the morning, she finds out she’s turning into a skeleton herself.

The adventure will become available later this week on Dec. 8, and will be removed from the game on Dec. 22.

It follows “Return of the Damned” which saw Flameheart’s triumph causing Pendragon to be banished to the Sea of the Damned.

The game is currently in its 8th season, having introduced new PvP features that let players pledge their allegiance to either the Guardians of Fortune loyal to the Pirate Lord and his allies, and the Servants of the Flame, sworn to Flameheart.

They can then participate in on-demand PvP encounters and gain glory for their faction, while also earning rewards culminating in the ability to be immortalized (pretty literally) as a ghost or a skeleton.