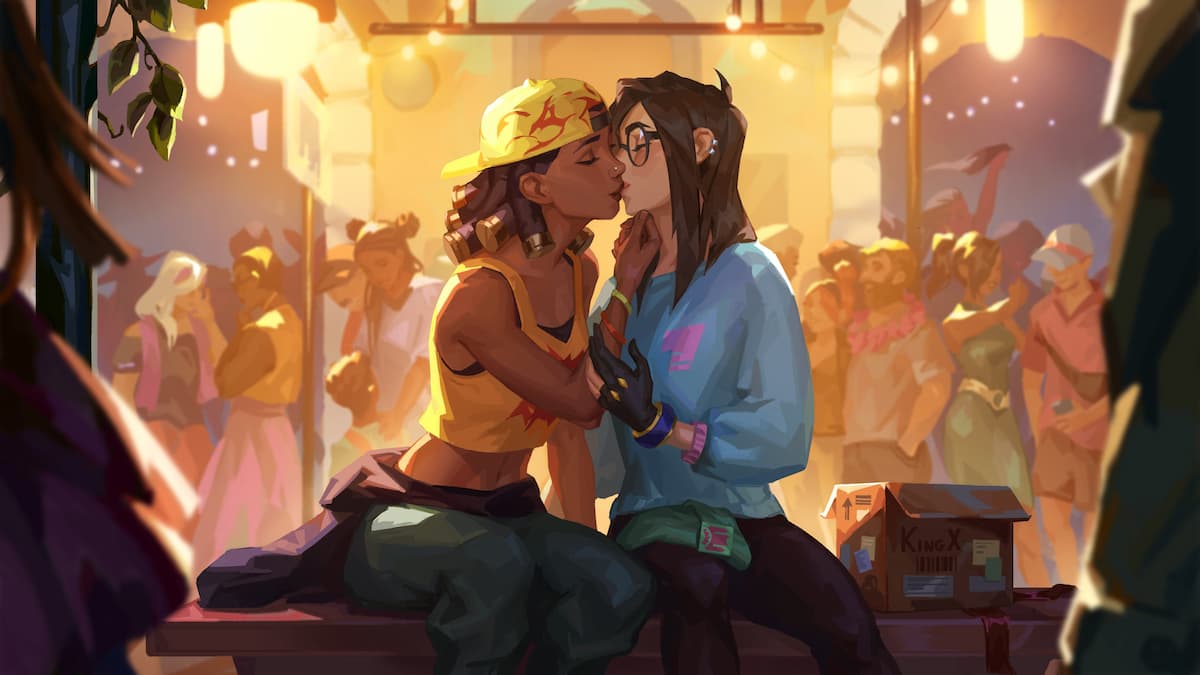 Riot Games has been teasing a romance between Valorant Agents Killjoy and Raze for some time now, but while its confirmation over the weekend with an image of the pair kissing was met with praise from key members of the game’s community it proved a bombshell too much for some.

The Tweet, which has now received over 500,000 likes and scores of replies praising its embracing of LGBTQ+ representation, has predictably been met with criticism too. Some naysayers argue their case citing the move as a distasteful publicity stunt by Riot Games, while others are less tactful in what comes off as blatant homophobia.

The lore formed part of Riot Games’ teasing of Valorant’s upcoming new map, which is expected to launch early next year as part of the game’s new episode of content. Valorant’s lore arguably hasn’t received as much attention as it should have since the game’s launch in 2020, but the publisher seems pledged to flesh out the backstory of its characters and universe moving forward. The fact that that lore includes a mandate to include and spotlight LGBTQ+, female, and other marginalized genders shouldn’t be too surprising given Riot Games’ firm support of those communities throughout the game’s two-year history so far.

Valorant is leading the way for female players to become involved in esports, with its recent Game Changers Champions tournament featuring many openly LGBTQ+ players. The competition became the most-watched female tournament in esports history.