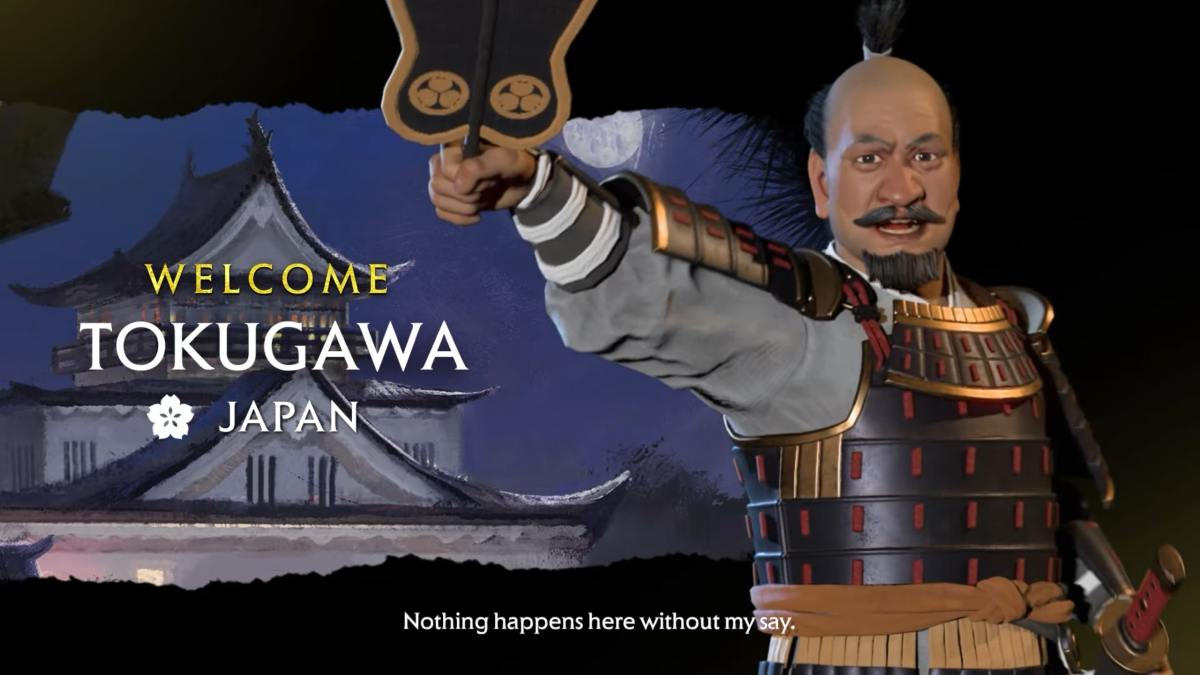 2K Games and Firaxis will soon release another package of new leaders for Sid Meier’s Civilization 6, and they’ve just introduced the first with a new trailer.

The Great Commanders Pack will include Tokugawa from of Japan, Nader Shah of Persia, and Suleiman the Magnificent of the Ottoman Empire.

Today we get to indeed see the mighty Tokugawa Ieyasu, who is the man who put an end to Japan’s Sengoku era, uniting the daimyo under his rule as Shogun and crushing all who opposed him, founding the Tokugawa Shogunate that lasted over two and a half centuries.

This new package follows the Great Negotiators pack released at the end of November, including Nzinga Mbande queen of Kongo, Sultan Saladin of Arabia, and President of the United States Abraham Lincoln.

More Leaders Packs are also coming down the line, (with no release dates announced for the moment). The Rulers of China pack will include Yongle, Qin Shi Huang the Unifier, and Wu Zetian. The Rulers of the Sahara pack will come with Ramses (Egypt), Ptolemaic Cleopatra (Egypt), and King Sundiata Keita (Mali). The Great Builders pack includes Theodora (Byzantines), Sejong (Korea), and Ludwig II (Germany). Lastly, the Rulers of England pack will bring to the game Elizabeth I (England), Varangian Harald Hardrada (Norway), and Victoria – Age of Steam (England).

While some of these leaders are brand new, a few are new takes on historical characters who appeared in the series before.

It’s worth mentioning that some of these are bound to other DLCs that unlock their civilization. If you don’t have the related civilization unlocked, a leader would be useless to you. That being said, this doesn’t apply to Tokugawa since Japan is part of Civilization 6’s default roster.

You can check out all the trailers below. Sid Meier’s Civilization 6 is currently available for PC, PS4, Xbox One, and Nintendo Switch. If you’d like to know more, you can read our review.