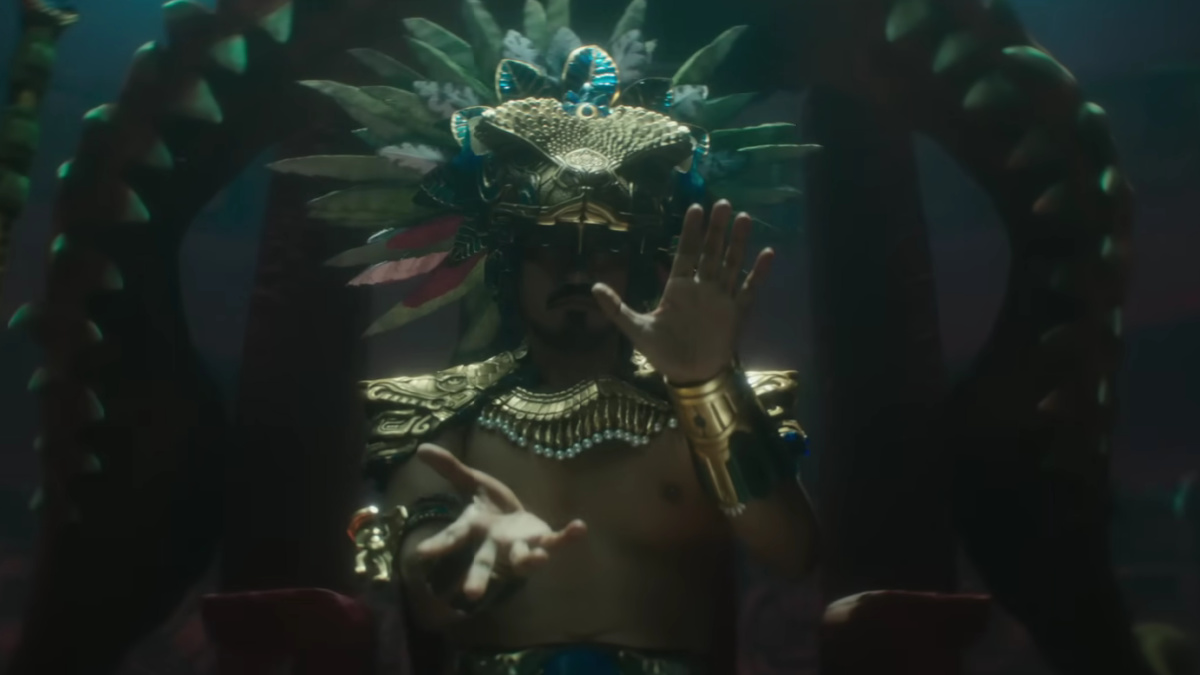 Though it may not reveal its hand right away, Black Panther: Wakanda Forever does indeed have a central antagonist. Not only that, but it’s an entirely new villain who hasn’t been seen in the MCU up to the film’s point in the timeline, tossing a new player into the ever-growing fold. If you’re like most fans, though, and don’t have an encyclopedic knowledge of all things Marvel, you were likely left wondering: Who is the main villain in Black Panther: Wakanda Forever?

Fortunately for you, we’ve got the answers you’re looking for. Do be warned, though: There are *Spoilers Ahead.*

Who Is the Villain in Black Panther: Wakanda Forever? Answered

As it turns out, the main villain in Black Panther: Wakanda Forever is Namor, the leader of the Talokan empire, which resides under the ocean. A mutant who was the result of his mother consuming a Vibranium-enriched plant that cured her of a disease in exchange for her ability to breathe outside of water, he is hailed by his people as the living representation of the Mayan god Kukulkan.

He is able to breathe both on land and underwater via his skin and has the ability of flight thanks to the wings he has on both of his ankles. Namor’s strength is on par with that of the Black Panther’s, and he may well be as strong as many of the more powerful heroes or gods in the known universe.

He comes at odds with Wakanda due to the creation of a device that can detect Vibranium by the young science prodigy Riri Williams. Though Wakanda didn’t create it, he sees their exposing themselves and the existence of Vibranium to the world as a direct cause of Riri creating her device and the ensuing excursions that threaten to reveal the existence of his people to the world. Given the fate the rest of the Mayan civilization suffered centuries ago, he fears their culture will be eradicated should they be found.

Their relationship is worsened when Shuri ends up protecting the scientist who did create the Vibranium detector due to her being a similarly brilliant prodigy. This leads Namor and his people to take Shuri and Riri as hostages, and while Namor does establish an understanding with Shuri by showing her how peaceful his people are, Nakia’s eventual rescue attempt results in the death of a young girl.

This sends Namor over the edge. He then decides that Wakanda poses an active threat to his people and declares war on them in earnest for retribution.

While this certainly sets up the villain to die fighting Wakanda by the end of Black Panther: Wakanda Forever, he actually comes out of the ordeal alive and kicking. So, no Namor doesn’t die.

This is due to the fact that Shuri decides to spare him after they fight. This is because she decides that she doesn’t want to embrace the urges for violence and revenge that had consumed her since her family members’ deaths and that the peaceful civilization she saw while being held captive is worth protecting from war.

Namor then surrenders to her and agrees to work together with Wakanda in exchange for his civilization remaining hidden from the world. He is then shown to be recovering from the battle in his home and speaks of how Wakanda and Talokan will be much stronger and safer by working together.

Hopefully this cleared up who the main villain is in Black Panther: Wakanda Forever. For more on the series, check out any of the related articles down below. We’ve also got plenty of other explainer articles, including ones on who replaces T’Challa as Black Panther, what Imperium Rex means, and how old Namor is.