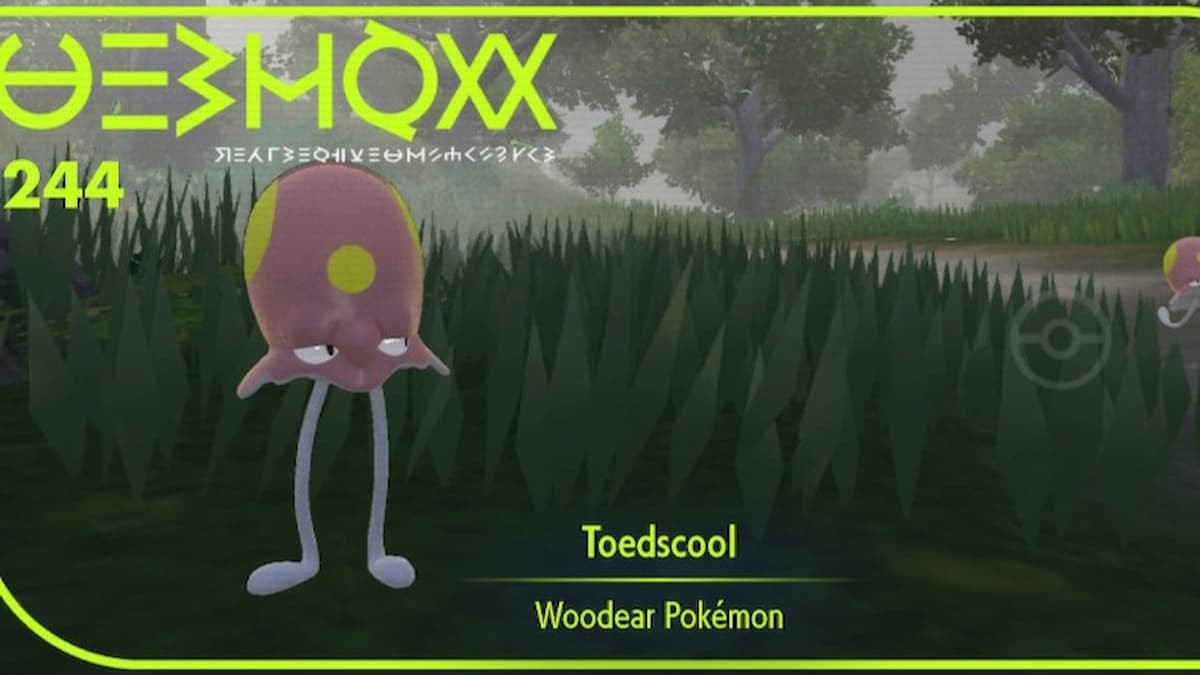 Toedscool is one of the rarest Pokemon of Scarlet and Violet due to its low spawn rate in the game. That being said, capturing this creature may prove difficult, especially when it quickly runs away. So, if you are currently having trouble with this feat, we’ll show you where to find and catch Toedscool in Pokemon Scarlet and Violet to get you one step closer to completing your collection.

Where To Find Toedscool in Pokemon Scarlet & Violet

According to the Pokedex of Pokemon Scarlet and Violet, players can find Toedscool in the following areas:

Since there are so many locations of this Ground/Grass-type Pokemon, there is a lot of ground to cover. Fortunately, there is one place that will most likely always have a Toedscool, which is above Casseroya Lake:

To go to this destination, players must at least have the ability to travel across bodies of water to make the experience more accessible. You’ll be able to acquire this skill from the Open Sky Titan once you defeat this beast. As for the other places, finding a Toedscool in these areas may be challenging, but users can still try it out since Casseroya Lake is on the far side of the map.

Lastly, Toedscools typically linger around trees, so it’s best to look out for this feature when exploring the Paldea region.

How To Catch Toedscool in Pokemon Scarlet & Violet

When players finally encounter a Toedscool, they must be mindful of their movements because it will quickly run away. It’s recommended to press ‘B’ to crouch and then slowly approach the Pokemon to get closer. Once the creature begins to run, players can chase the Toedscool until they see the ‘!’ icon above its head.

If you decide to go to the location above Casseroya Lake, it should be noted that these Pokemon are more powerful than others, like this Level 54 Toedscool:

But, with the right moves, players should be able to lower the Pokemon’s health to capture it or use actions like Yawn to put the Pokemon to sleep. Lastly, it’s a good idea to throw stronger Poke Balls, such as Ultra and Great Balls.

After players capture the Toedscool, they can learn about this Pokemon’s stats, moves, and abilities. For example, this creature has the Mycelium Might skill, allowing it to act more slowly when using status moves. Furthermore, these moves will be hindered by the ability of the target.

That does it for our guide on where to find and catch Toedscool in Pokemon Scarlet and Violet. For more content about the game, you can explore the relevant links below, including our guides about where to buy Quick Balls and how to get Baxcalibur.