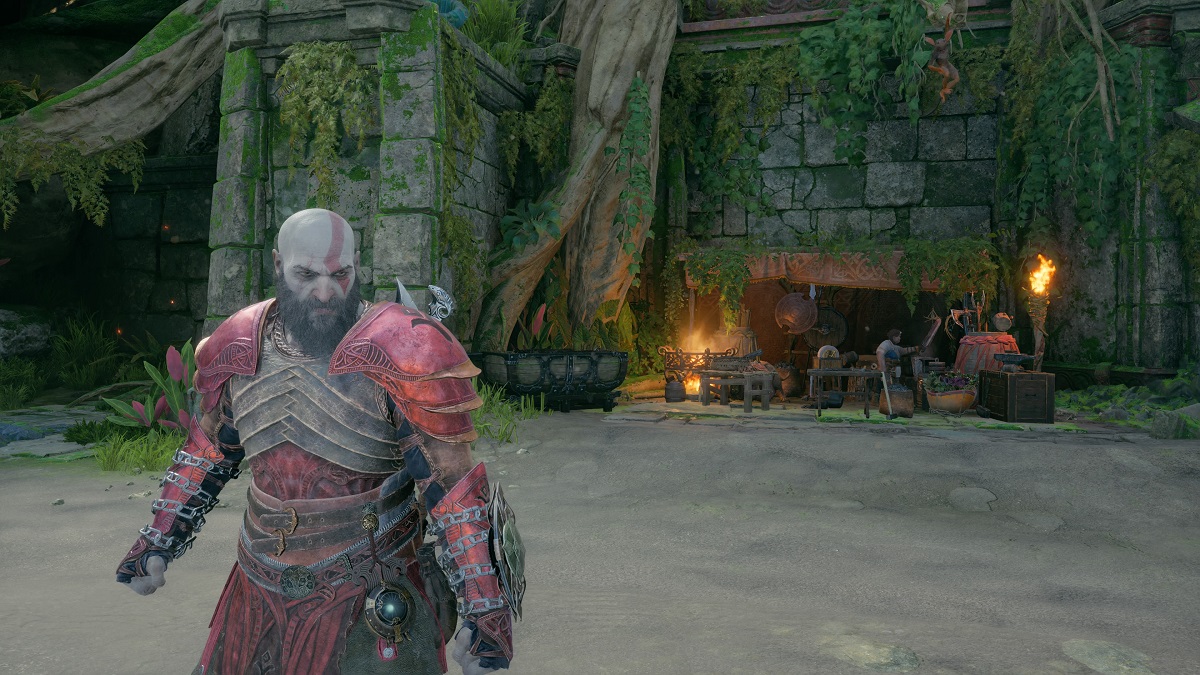 During your adventures in Vanaheim in God of War Ragnarok, you’ll come to meet a small group of warriors led by Freya’s brother, Freyr. They’re quite the colorful cast, like the light and dark elf couple and Birgir, who was once a Traveler. Another is Lunda, an endearing dwarf that’s crafty with a hammer. She’ll ask for your help, naturally, so if you choose to follow through, then you’ll need to know where to find all Lunda’s aost armor set pieces in God of War Ragnarok.

All Lunda Armor Locations in God of War Ragnarok

Lunda’s Armor set is made up of three different parts — the belt, cuirass and bracers. Unfortunately, they’ll be broken when you find them, but collecting and returning them to Lunda will see her repair them for Kratos so you can don this fancy armor.

Where to Find Lunda’s Broken Belt

To find Lunda’s Broken Belt in God of War Ragnarok, you’ll need to visit Cliffside Ruins, which is really easy to get to if you have the River Delta mystic gateway unlocked, which you should by now.

Where to Find Lunda’s Broken Cuirass

By far the easiest of the lost armor set pieces to retrieve is Lunda’s Broken Cuirass. You can make this treasure hunt a lot easier by using the River Delta mystic gateway.

Travel to the River Delta mystic gateway, hop into a boat, and rover over to Noatun’s Garden by following the river east. Use the magical chisel on the door at the very back to find Lunda’s Broken Cuirass.

Where to Find Lunda’s Broken Bracers

And finally, Lunda’s Broken Bracers, the last and final piece of the set. It too can be found much easier by using the River Delta mystic gateway and traveling to the Veiled Passage in the south.

With that being the last, you now have all Lunda’s lost armor set pieces in God of War Ragnarok. While you’re here, you might as well find all the artifacts in Vanaheim. If you feel like chewing on some lore, find out if Brok and Sindri are real characters in Norse mythology.