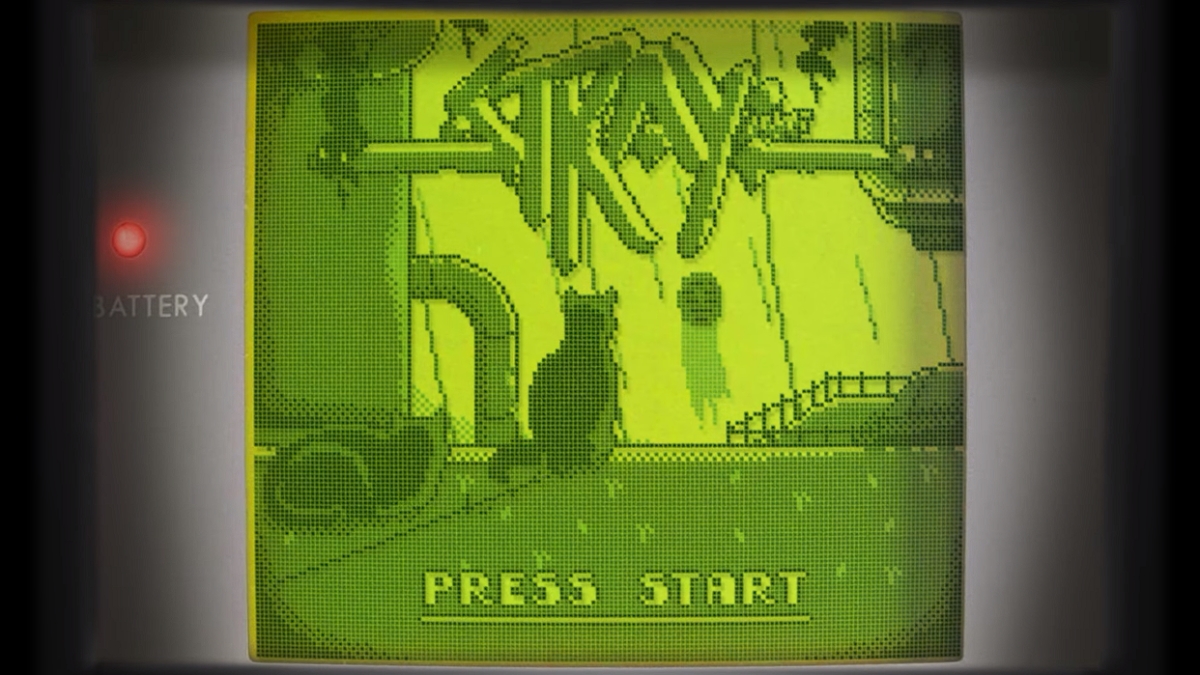 It’s not unusual for great games to get a remake after many years have gone by in order to give them a modern feel. Demakes, however, do the exact opposite: they reimagine modern games as if they were released a long time ago on an older console to induce nostalgia. One YouTube channel has conceptualized the game Stray as a demake for the Game Boy, and it’s pretty amazing.

64 Bits has created a video reimagining Stray, Annapurna Interactive’s dystopian puzzle platformer featuring a cat, as if it had originally been released in 1992. Although it is not a real game that can actually be played, the three-and-a-half-minute video shows animations of what it would look like if it truly did exist.

The demake video conceptualizes the game as a side-scrolling platformer and walks us through “level one” in three stages, from the beginning of the game when the protagonist cat is separated from its family to its arrival in the Dead City.

Of course, the video features 8-bit music, sound effects, and sprites from the Game Boy era. Anyone who grew up playing Game Boy games will feel a rush of nostalgia watching this demake.

The Game Boy demake of Stray is the eighth video in a series of demake videos created by 64 Bits. Recently, they have also created conceptual videos for demakes of Elden Ring for the Super Nintendo Entertainment System, Mass Effect for the Game Boy Advance, and God of War (2018) for the original Playstation. They’ve even reimagined Skyrim for Tiger Handheld Electronics, which is hilarious.

Here’s what 64 Bit had to say when explaining the thought process behind Stray’s demake, as written in the video’s description:

We did our best to capture the style and spirit of the original Game Boy. The colors, limitations and sound. There is a lot of inspiration pulled from Prince of Persia and Oddworld Adventures (the Game Boy ports), especially when it comes to gameplay, movement and audio. We also took some inspiration from Alley Cat for DOS.

You can watch the full video of 64 Bits’s Stray for Game Boy demake concept video below.