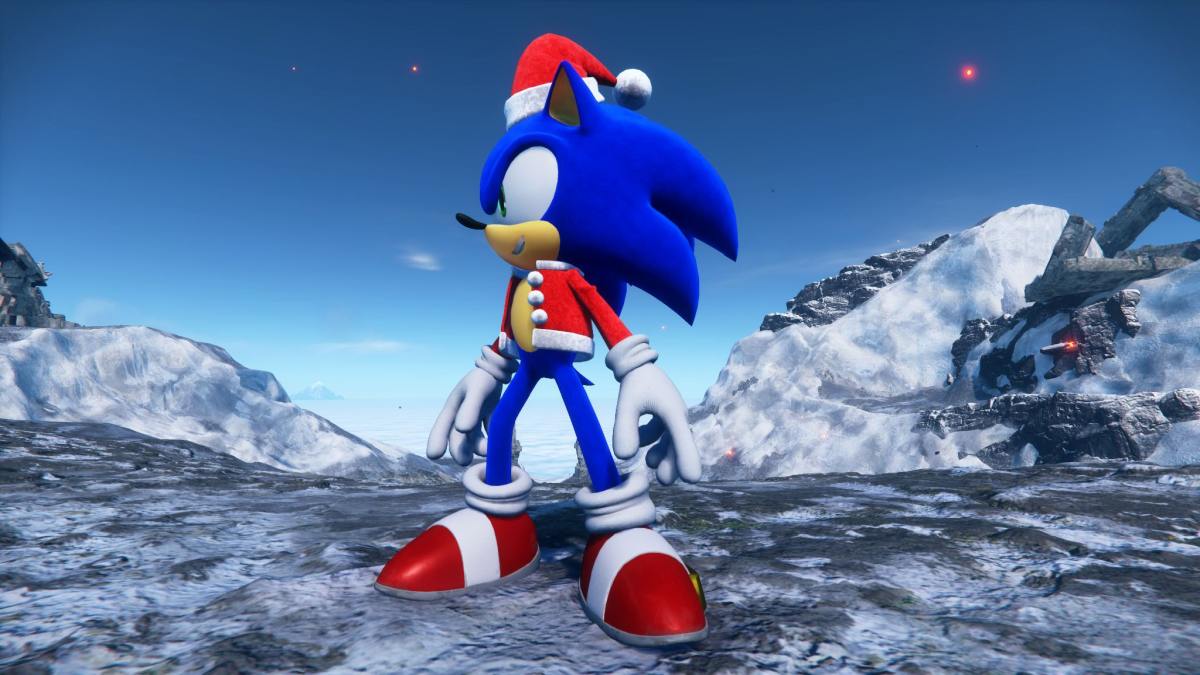 Today, Sega announced that the adventure of its latest 3D Sonic game Sonic Frontiers is far from over.

The developer provided a fairly detailed roadmap including three updates to be released in 2023.

The first will bring a jukebox feature, a photo mode, and new challenge modes. The second will celebrate Sonic’s own birthday and include an Open Zone Challenge and a new Koco.

The third appears to be the juiciest, with new playable characters and new story content. No real details were provided about this, but if the picture below can be considered an indication, we may get to play as Amy Rose, Knuckle the Echidna, and Tails the Fox.

According to the press release sent by Sega to Twinfinite, all the content mentioned here will be delivered at no additional cost. No details about the exact timing for each update have been shared for the moment, but they will come in due time.

On top of this, we’re also getting a free “Holiday Cheer Suit DLC” (portrayed above) on December 21, featuring themed apparel for the game’s titular hero.

The game is certainly different from previous Sonic titles, featuring a brand new “open zone” setup that lets you roam its islands freely, on top of a new battle system that provides Sonic with a wide variety of combat moves.