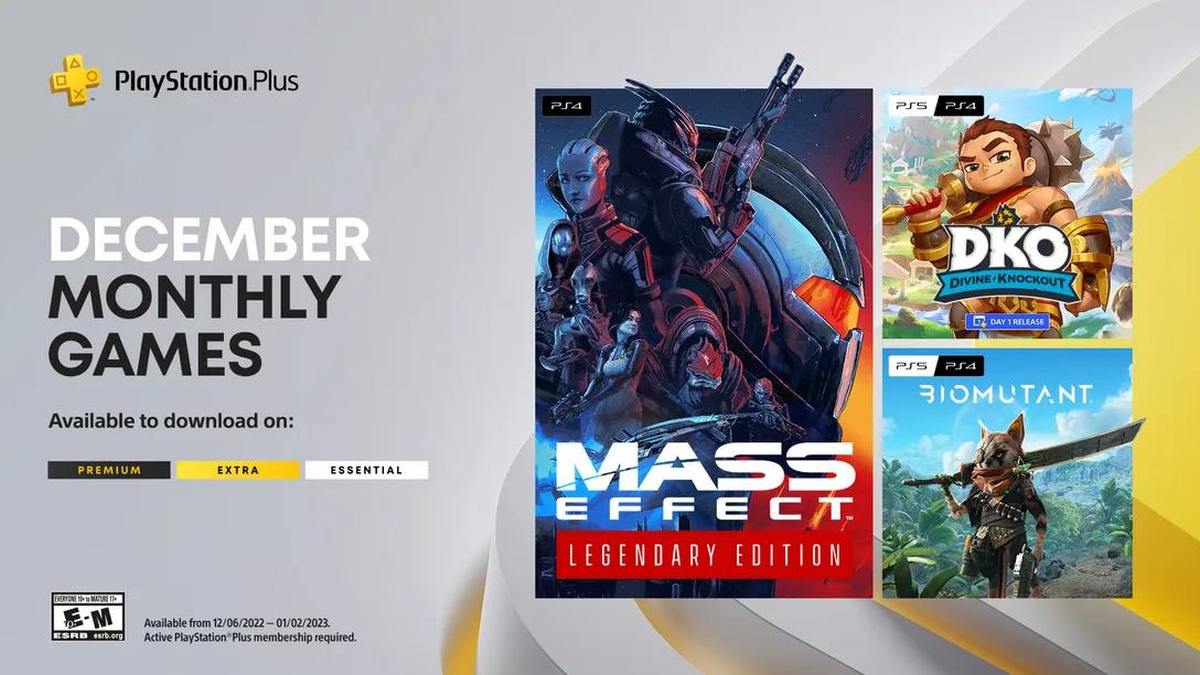 Today, Sony Interactive Entertainment announced the monthly games that will be granted to PlayStation Plus subscribers in December 2022 at no additional cost.

Subscribers to the Essential tier of the service will get three games (or perhaps we should say two since PlayStation is counting content for a free-to-play game as a game) as usual. Specifically, we’re getting Mass Effect Legendary Edition for PS4, Biomutant for PS4 and PS5, and Divine Knockout: Founder’s Edition also for both platforms.

All games will become available for subscribers on December 6, so you still have a few days to grab last month’s games (Nioh 2 and Nioh 2 Remastered, the Lego Harry Potter Collection, and Heavenly Bodies) in case you have missed them.

Mass Effect Legendary Edition doesn’t really require an introduction, as it’s the remaster of the Mass Effect Trilogy by acclaimed RPG studio BioWare. It’s an excellent way to get ready for the upcoming new game if you haven’t played the originals or simply want to experience them again.

Lastly, Divine Knockout: Founder’s Edition by Red Beard Games and Hi-Rez Studios launches on PlayStation directly within the PlayStation Plus lineup. It’s a third-person platform fighter that prompts players to weaken their enemies by dealing damage and then titularly knocking them out of the arena.

The game also features cross-play and cross-progression with Xbox Series X|S, Xbox One, and PC via Steam and Epic Games Store, which never hurts.

Do keep in mind that the game is free to play, but the Founder’s Edition provides bonus content for the game and a Divine Knockout-inspired skin in Smite.