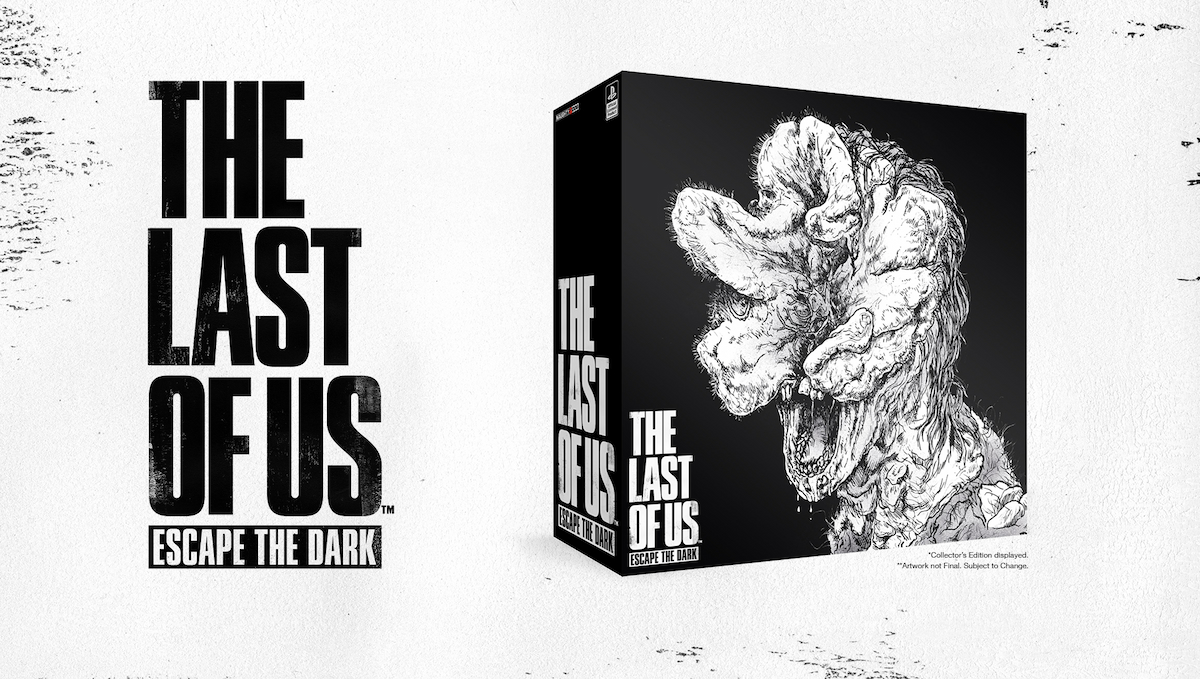 This project isn’t exactly in the works and will begin officially as a Kickstarter campaign starting on Nov. 8.

This Themeborne site post gives a ton of information:

The Last of Us: Escape the Dark will be powered by the latest evolution of the Escape the Dark game engine, offering 1-to-5 players a new way to experience the world of The Last of Us. Taking the roles of Ellie, Joel, Tess, Bill, Tommy, or Marlene, fans will have the opportunity to weave their own unique story of survival and companionship as they explore an open-world map – attempting to make their way to safety while keeping everybody in the group alive.

Gameplay involves players making choices about which route to take and resolving immersive ‘chapter cards’ at familiar locations from the video game, including the Suburbs, Sewers, and University. Survival will depend on using a tactical combination of item cards and custom dice to overcome iconic threats, such as Hunters and Infected.

Each survivor begins the game with a unique ‘Hang-up’ and is on a journey of personal growth to overcome it, unlocking their full potential as a character if they can do so. A simple, satisfying crafting and weapon upgrade system also can be utilized to give players the edge in whatever strategy they choose to employ – from stealth to full-on combat.

Judging by the prototype shown in the blog post, this game won’t just be set in the same universe, you will be directly playing as Joel and Ellie, and it seems to be set around Part 1, as well. If you want to enjoy their journey without installing the game, this seems like it will be the right way to do that.

We will update you when we know more about the Kickstarter campaign.