HBO’s The Last of Us is set to take us on a grueling journey through a post-apocalyptic world filled with characters struggling to hold onto their humanity. It is, of course, based on the 2013 video game that essentially redefined interactive storytelling with its heartbreaking yet honest showcase of how relationships evolve in the face of tragedy and despair. Though as dense and complex as the characters and storylines in The Last of Us were, it’d be foolish to believe the live-action adaptation coming in 2023 will be a shot-for-shot remake of the game.

That’s not to say the creators behind HBO’s The Last of Us won’t take some of the finest aspects of the game and translate them into the show. We have already seen our first glimpse of the two main characters-Joel and Ellie-and the post-apocalyptic setting that was fully realized in the game. From what we’ve seen thus far, the creators are at least taking some of the core elements of the characters and their storylines while also expanding upon them. With that said, let’s compare a few of the characters from HBO’s The Last of Us to their video game counterparts, the characters who we know and love so much.

*** This will contain spoilers from The Last of Us video game***

The Last of Us begins with a devastating loss. A working single dad named Joel watches in horror as his daughter Sarah dies of multiple gunshot wounds. This is after the game quickly establishes the father-daughter bond between the two, with a scene of Sarah giving Joel a watch for his birthday a mere hours before chaos erupts outside. The Last of Us developers, Naughty Dog, brilliantly juxtaposed a moment of love and tragedy here by showing the perspective of a family desperately trying to escape what gamers soon find out is the start of the zombie apocalypse.

As horrific and cruel as it was to show the death of a father’s child, Naughty Dog choose to go there. The opening of The Last of Us is still considered one of the most heartbreaking moments in video game history. It’s an unflinching, unremorseful look at the loss of humanity, especially considering the way Joel’s daughter dies. Not by the bite of an infected person, but by getting shot by a soldier who wouldn’t let a father bring his daughter to safety.

Shots from the trailers of the HBO show imply the creators will not shy away from what Joel loses at the start of the story. We see Joel, played by Pedro Pascal, carrying a small child in his arms as he tries to escape the chaos around them. The look on Pascal’s face mimics the fear that Joel had while trying to get his family to safety.

While no one has confirmed it, Joel’s life before the zombie apocalypse may be explored in the series. In the most recent trailer, we see a shot of what appears to be a man and woman enjoying dinner at a fancy restaurant. Joel briefly mentions his wife in the game during a conversation with Ellie. He never divulges what happened to his wife, nor if she may still be alive. With HBO’s The Last of Us now an episodic series, it may have the time to expand on Joel’s story and give his emotions more context.

After the loss of Sarah, Joel becomes a bitter man just getting by in the zombie apocalypse. He loses touch with his brother Tommy and takes up work as a smuggler. When he’s hired to smuggle a girl named Ellie, his harsh perception of the world and life begins to change.

Much of The Last of Us is about characters trying to find some glimmer of hope. For Joel, he finds it in a girl named Ellie, who turns out to be immune to the virus that has infected the world and killed many people. Joel is tasked with bringing Ellie to a group called the Fireflies so they can run tests and perhaps administer a vaccine.

The trailers for HBO’s The Last of Us have shown Joel and Ellie together, traveling through different environments and avoiding threats from all sides. Interestingly, a shot in the trailer revealed Ellie chained inside a room, looking at the world outside. One of the core aspects of Ellie is that she’s never experienced the outside world. This is because her caretaker, Marlene, is desperately trying to keep her guarded. Marlene knows the threat of Ellie being the cure and stops at nothing to ensure she makes it to the Fireflies. She hires Joel, an experienced smuggler in this world, to ensure Ellie’s safety is intact. Throughout her adventure with Joel, Ellie’s amazed by the tiniest of details, including actual fireflies flying around her at one point.

Since we’ve seen Ellie in chains, it may suggest the creators have kept Marlene’s desperation of keeping Ellie’s cure secrete. It remains to be seen whether Ellie will react to the outside world as she did in the game.

A character that made quite the impression in The Last of Us was a man named Bill. During the outbreak, Bill and his partner Frank became the only two survivors in a town called Lincoln. However, at some point, Franks left Bill and stole some of his supplies. Ellie and Joel meet up with Bill earlier during this journey and quickly discover that Bill has constructed barricades and traps to fend off both people and the infected.

While we only see brief glimpses of Parks and Recreation star Nick Offerman as the character, from what we can tell, the creators have kept Bill’s paranoia and reluctance to trust others. A shot in the trailer shows Bill pointing a shotgun at Joel and Ellie after they appear to have fallen into one of his traps. Those unfamiliar with the character will hopefully understand his reasoning for not trusting others and why he decides to warn Joel of Ellie’s vulnerability as a kid roaming through post-apocalyptic USA.

On August 10th, 2022, IGN revealed that two brothers who appeared in The Last of Us, Henry and Sam, will be played by Lamar Johnson and Keivoon Woodard, respectively. It was also revealed that the brothers might no longer reside in the same area they did in the game.

During the events of The Last of Us, Joel and Ellie come across the brothers in Pittsburg while escaping a group of dangerous hunters. Henry tells Joel that he and his brother are also looking for the Fireflies and decide to take Joel and Ellie on their journey with them. Unfortunately, Henry and Sam don’t make it out of Pittsburg alive.

Although it’s great to hear the HBO show is adding Henry and Sam, it seems as if part of their story will be changed. According to an official press release regarding their casting, the brothers will now reside in Kansas City and are “hiding from a revolutionary movement seeking vengeance.” The hunters chasing our characters in the game weren’t “seeking vengeance” against anyone; instead, they killed folk who traveled through their area and stole their belongings. Perhaps the creators of the show are looking to give the hunters a bit more depth and motivation.

That’s everything we have on all the Last of Us HBO characters compared to their game characters. For more HBO The Last of Us content, check out our reaction to the first look of the show.

How to Get Custom Loadouts in Warzone 2 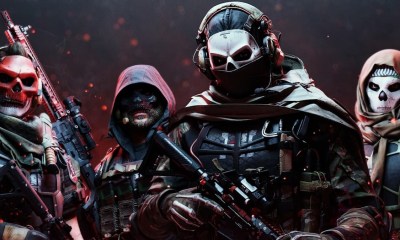 What Does ‘A Player That Your Platform Denies MW2’ Mean & How Do You Fix It? 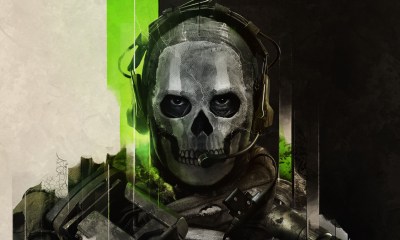