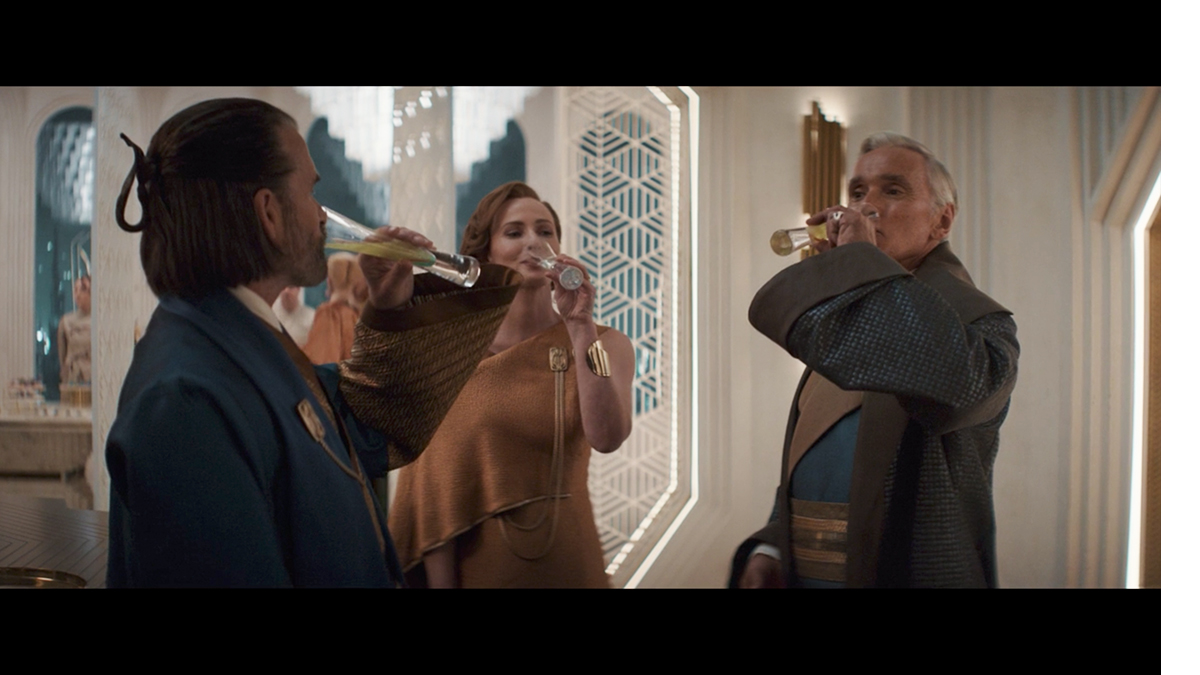 Perrin Fertha is a great cover for Rebel leader Mon Monthma, he has Imperial friends and enjoys living large on Coruscant. He’s certainly in a position to drink and gamble with Imperial officers and other famous families, but does he succumb to the tempation? Here’s everything you need to know on is Perrin Fertha gambling in Star Wars Andor.

Does Perrin Fertha Have a Gambling Problem in Andor?

No, Perrin doesn’t have a gambling problem, and Mon Mothma knows this. She is using him to mislead the Empire about the reasons behind her strange banking activities – a brilliant strategy. Perrin of course doesn’t know this and defends himself valiantly, making their argument in front of their nosy driver completely believable. Kloris reports everything he overhears to the ISB and sends them on a wild goose chase.

Near the end of the Andor finale, Davo Skuldun‘s son is introduced to Leida, confirming that Mon accepted his help in hiding the money she sends to the Rebellion. Skuldun enhances the illusion that Perrin is gambling because of his reputation as a “thug,” as Mon and Tay Kolma called him, which indicates he uses his banking influence to cover up such problems on behalf of a crime syndicate.

That’s everything we have on is Mon Mothma’s husband gambling in Star Wars Andor. Check out some of our other Andor content like the cause of Maarva’s death and the Top 10 moments of season one.