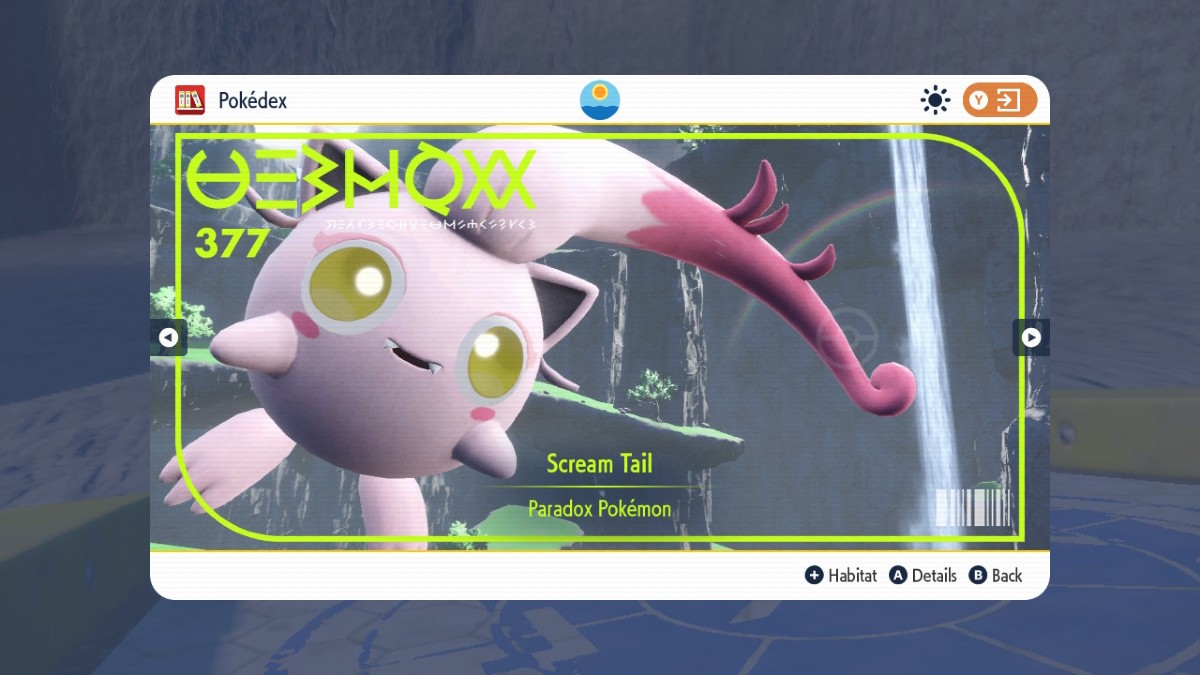 How to Find Scream Tail in Pokemon Scarlet

First and foremost, Scream Tail can only be obtained in the post-game of Pokemon Scarlet. After defeating the final boss, players can return to Area Zero once more and explore it freely. Thankfully, Scream Tail is the easiest amongst all of the Paradox Pokemon in Scarlet to find, as it can spawn on every level.

However, the quickest way to find one would be to head down to the bottom level where the crystal cave is. You can teleport there with ease by choosing Research Station No.4 as shown in the image above.

From there, step outside the facility, and some Scream Tail should be waiting for you right outside the door.

For Pokemon Violet players that want to get Scream Tail, you’ll need to trade with a friend or other player that has Pokemon Scarlet and a spare one they’re willing to swap with you.

How to Catch Scream Tail

Scream Tail is a Fairy and Psychic-type Pokemon, which means it’s only weak to Ghost, Steel, and Poison-type moves. Like any other Pokemon battle, bringing the opposing Pokémon’s health down to yellow or red area will make it ideal for catching it. You can also increase your chances of catching it by either paralyzing or putting Scream Tail to sleep, as Pokemon affected by status ailment will have their catch rate increased exponentially.

The best Poke balls to use here would either be Ultra Balls or Dusk balls. Ultra Balls are the best Poke ball to use in any given situation, however, since you’re in a cave, Dusk Balls will work just as effectively. Knock its health down, throw a few Ultra balls, and players should have no problems with catching a Scream Tail.

That’s everything you need to know on how to catch Scream Tail in Pokemon Scarlet. Be sure to check out some of our other guides like how to reset EV’s, how to get the Destiny Knot, or how to unlock 5-star Raids.