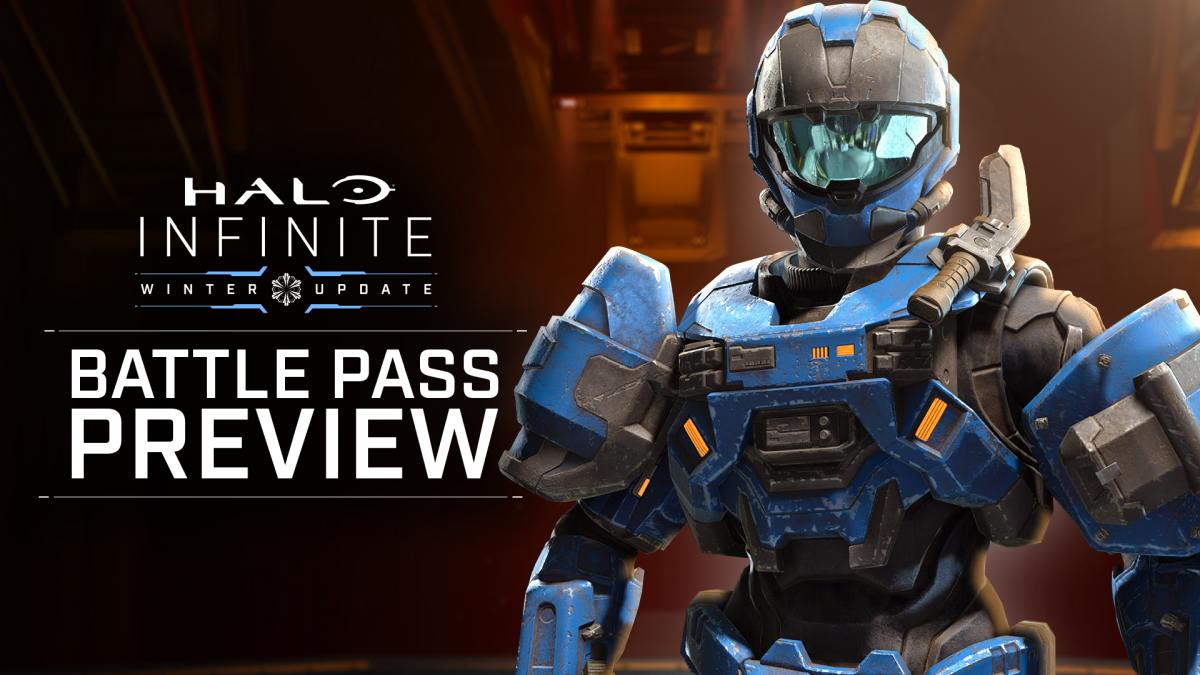 Today 343 industries released a new video showcasing the goodies that will be available in Halo Infinite with the Winter Update Battle Pass.

The Battle Pass will be free and will include thirty tiers of rewards. The developer team has also tuned the system so that players can move faster through said rewards.

Some of the goodies that you can unlock are the Mark V armor core from Halo Reach, alongside accessories and emblems, the Sardonic visor, the Bullfrog visor, the CQB helmet, the CQC Helmet, the SIMA chest piece, the MOA Assault coating, various helmet attachments, knees, and shoulders, XP boosts, and more.

Four legendaries at the end include the SAP/SEC shoulder pads (left and right) and TAC/KUKRI chest with an attached machete, and the Mark V helmet as the 30th reward.

There will also be “cool rewards” coming with events including the Winter Contingency event which will celebrate the Holiday season in December and will have themed goodies. We hear that the developers finally cracked the technology to make a hat that goes on the helmet. In January we’ll also get the JFO event with more Halo Reach content including the JFO helmet.

Players will be able to move through all the tiers of the Battle Pass and events using Match XP, encouraging them to play however they want to play. We even get to see how the Match XP screen will look in-game, also contributing to Season 1 and 2 Battle Passes.

Challenges also aren’t limited to playlists or any game mode. You can check out the video below.

The Winter Update comes on November 8. Interestingly, another quality-of-life update will come by the end of the year.

Halo Infinite is currently available for Xbox Series X|S, Xbox One, and PC, and you can read our review.