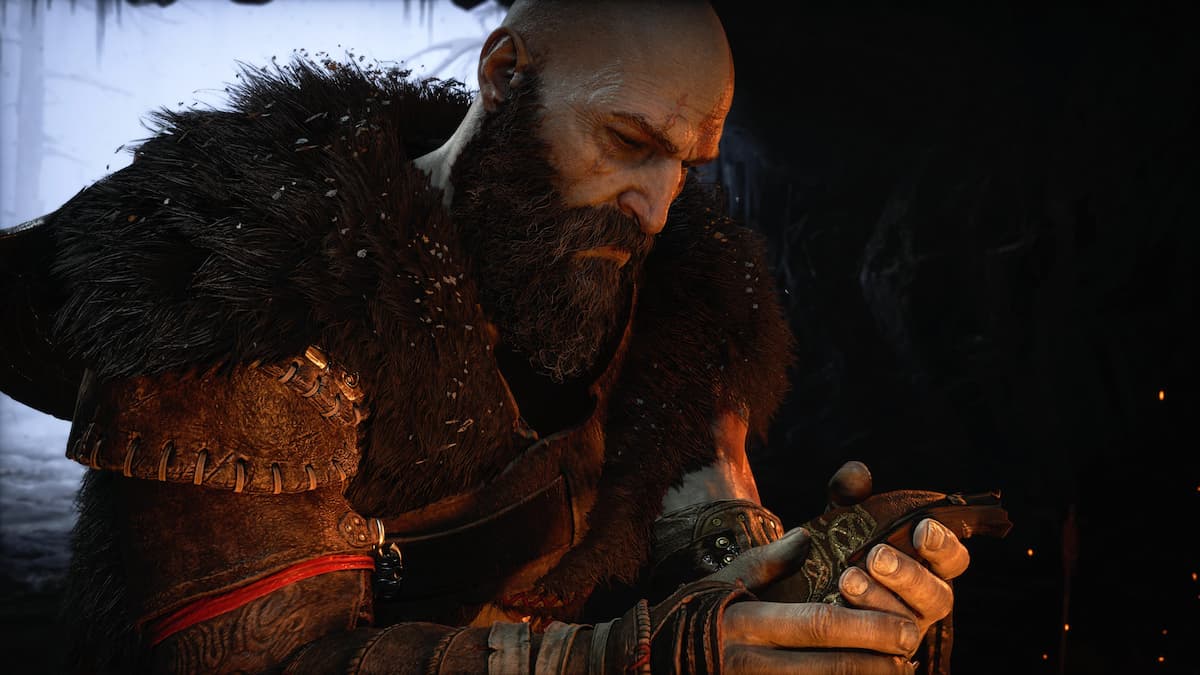 God of War Ragnarok has been out for a few days now, and plenty have been binging it, as they just can’t get enough of Kratos and Atreus’ journey battling Norse gods and attempting to navigate the end times. And while many are raving about the game, there is also the consensus that Santa Monica Studios played a dirty trick on all of us within the first 10 minutes of the game, as a scene plays out that serves to absolutely wreck your emotions, especially if you have a dog.

Right after we are reintroduced to Kratos and Atreus, we see the two being pulled on a sleigh by two new wolves. Anyone who played God of War (2018) knows that the father-son duo didn’t have pets at any point, so they obviously picked them up during the three years between games – a later scene reveals they were rescued from raiders.

About halfway into the sleigh ride, Atreus comments that he “hopes Fenrir got some sleep,” and that “maybe he’ll be ready to eat when we get home.” While we haven’t met this character yet, anyone that has even a slight history of Norse knows that Fenrir is a mythical wolf.

Unfortunately, Kratos then comments, “he is…quite sick, Atreus.” This is the moment that everyone, myself included, got a terrible feeling in their gut, one that is proved correct mere moments later. After a quick fight with the angry hawk lady, God of War Ragnarok features one of the saddest death scenes I’ve seen of a video game character in a long time, as we have to see Atreus comfort and say goodbye to his furry best friend.

Despite not even knowing about the wolf before this, you can’t help but feel the bond between Atreus and Fenrir, and feel sad that he passes away of old age in the boy’s arms. While it’s definitely a mean and dirty thing to do to all of us dog owners, having this scene occur within the first 10 minutes of the game was a perfect indicator of just how emotional and well-told the game’s story would be.

This is far from the last time God of War Ragnarok likely made you cry, so be sure to let us know what your most tearful moment is in the comment section below. We’ve also got info on the spell Atreus speaks during Fenrir’s death, linked here if you’re curious.