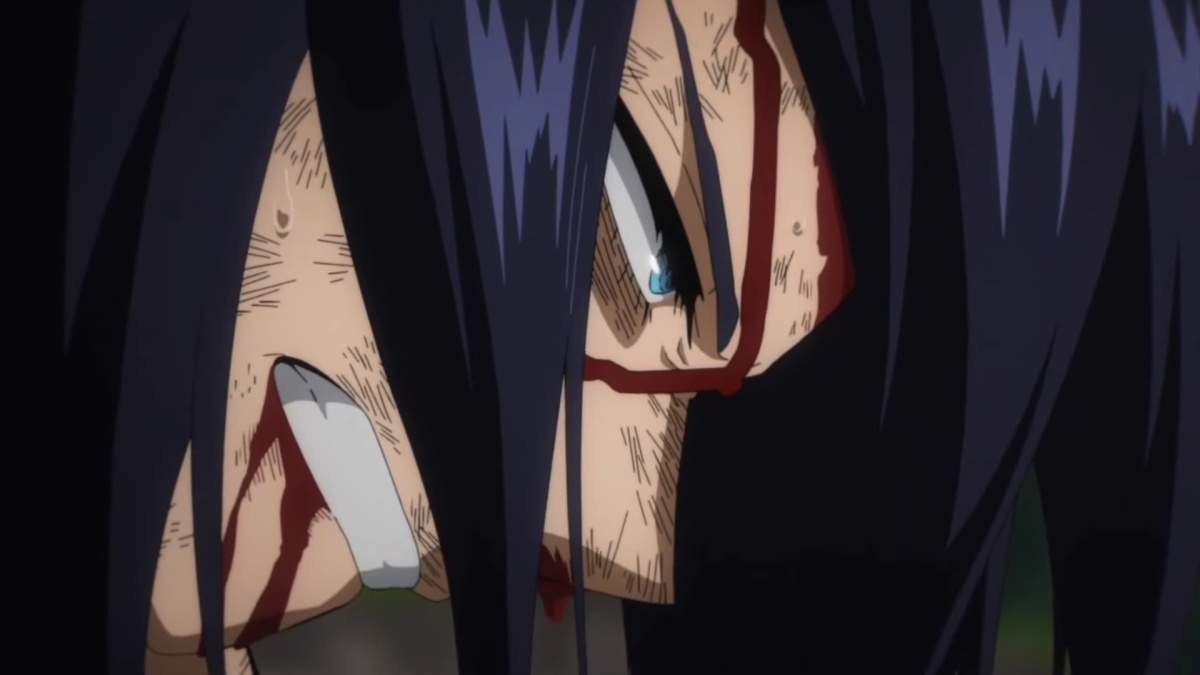 The My Hero Academia anime and manga series definitely ramps up in intensity when it reaches the Paranormal Liberation War arc. Major characters begin dying off left and right, resulting in major consequences for and impacts on the remaining heroes and villains. You’re probably well aware of this, though, and after seeing Midnight surrounded by villains before contact is lost with her, you’re dying to know: Does Midnight die in My Hero Academia, or does she manage to survive her predicament?

Well, for better or worse, we’ve got the answer you’re looking for. Do be warned, though: There are *Major Spoilers Ahead.*

Is Midnight Dead in My Hero Academia? Answered

Sadly, Midnight does meet her end after losing contact with the other heroes in My Hero Academia. While her final struggle isn’t shown outside of some brief panels of her engaging in battle with a group of villains, it’s revealed in the aftermath of the Paranormal Liberation War arc that Midnight was found dead after her struggle to take on said villains.

She is discovered by the members of 1A, who she contacted and instructed to take down Gigantomachia, who are all seen shedding tears at the loss of their teacher alongside the smashed remnants of her costume and her corpse.

About the only upside is that her sacrifice seems to have been instrumental in allowing the 1a students to dose Gigantomachia with the tranquilizer medicine created by Yaoyorozu. If she hadn’t successfully held off the villains for as long as she could, they likely would have reached the students and interfered in their efforts, if not kill them outright.

Can Midnight Be Brought Back to Life? Explained

As for whether or not Midnight might be brought back to life at a later point in the series, all signs point to a firm no.

While there are a plethora of MacGuffins for healing grievous injuries or getting Quirks back after they’re lost, My Hero Academia hasn’t really had anyways for characters to return from the dead. The closest thing it has shown is souls lingering via their Quirks, but that has been limited to the previous holders of One for All and the series’ villain All for One.

As such, Midnight is pretty assuredly never coming back. It’s a sad truth, but one that gives her sacrifice for the greater good that much more weight.