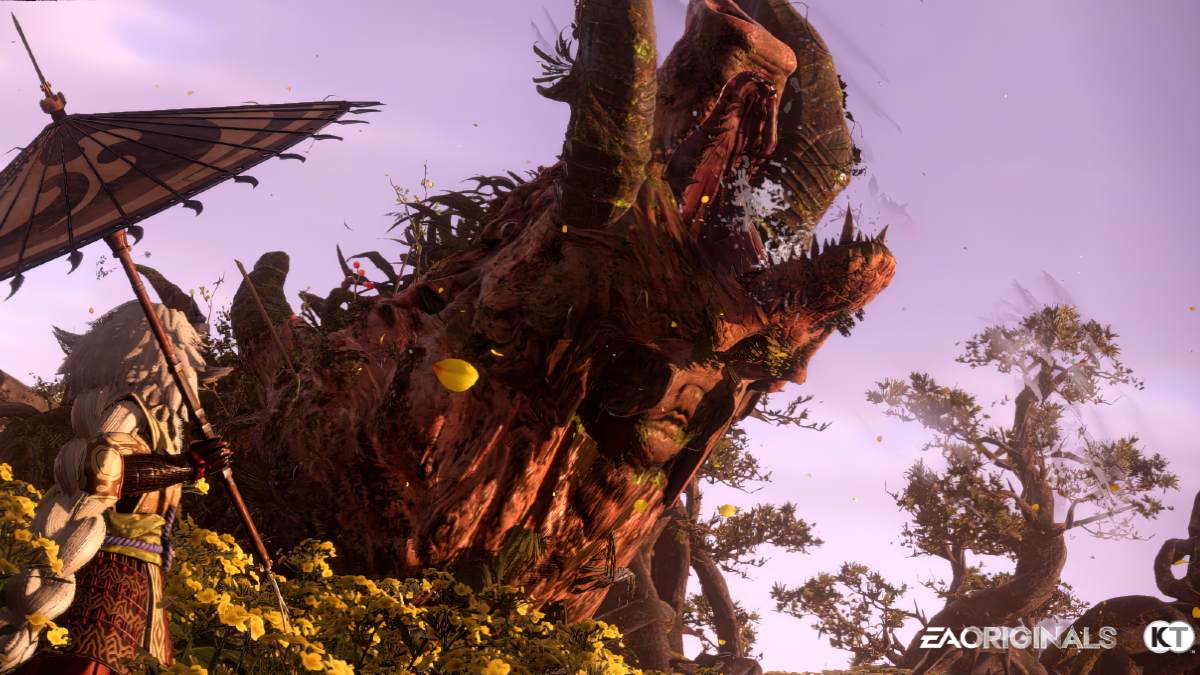 One of the big questions on every gamer’s mind when they consider hopping into a brand new IP tends to be how long is it? Thankfully, Koei Tecmo and EA are being pretty upfront about their new hunting title, Wild Hearts, even providing an answer to just how long the gameplay will be at a recent preview event.

When asked how long Wild Hearts would be, EA Originals Executive Producer Lewis Harvey revealed that the title’s main story would be around 30 hours long. While this may come as a bit of a disappointment to some fans, with titles like Monster Hunter: World clock-in in at 48+ (even without the expansion), there will still be plenty of other things to do outside of the main story.

Alongside being able to play drop-in co-op with your friends, which will take up a lot of time itself, you’ll also be able to hunt a variety of animals outside of the main campaign in order to level up and get new gear. At the moment, we don’t know much about the extent of possible side missions and hunting quests, but we’ll be sure to keep you posted as new info arrives.

Wild Hearts is coming out on Feb. 17, 2023, for PS5, Xbox Series X|S, and PC (Origin, Steam, and Epic Game Store). If you’re still on the hunt for more info about the game until then, be sure to check out all of the news and hands-on preview we’ve got on Twinfinite courtesy of the recent digital event that we attended.