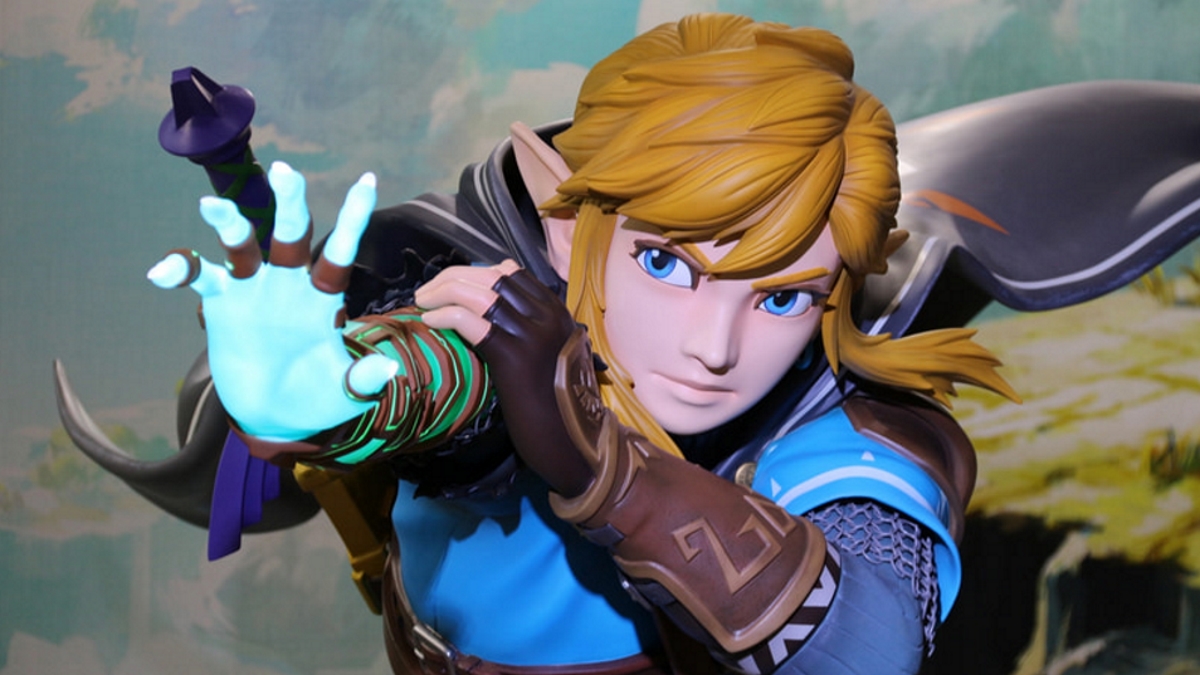 This weekend in Japan is Nintendo Live 2022, a popular annual convention that is host to live music, stage events, video game competitions, and other activities for Nintendo fans to enjoy.

The entire weekend-long event takes place at the Tokyo Big Sight exhibition center, the largest convention center in Japan. In addition to all of the competitions and events to attend, the halls of the convention are decorated in ways to show off Nintendo’s latest and upcoming games.

One of these decorations caught our eye during the Nintendo Live 2022 livestream: a life-size statue of Link from Nintendo’s upcoming game The Legend of Zelda: Tears of the Kingdom, the sequel to 2017’s Breath of the Wild.

Take a look below at some of the pictures of this beautiful statue, courtesy of HMK on Twitter via the Nintendo Live 2022 livestream.

If you look closely, you’ll notice that on the statue, Link’s right arm and hand are glowing a light blue color. Based on the few Tears of the Kingdom trailers we’ve seen so far, and now with this statue highlighting the arm, we suspect that it will play a significant part in the game’s mechanics and story.

This is the best look at how Link will look in Tears of the Kingdom we’ve seen so far. The statue is incredibly detailed, and since it is life-sized, fans can take photos in front of it all weekend long.

The Legend of Zelda: Tears of the Kingdom will release for the Switch next year on May 12, 2023, so it’s no surprise that Nintendo wants to start getting convention-goers excited by displaying such a beautiful statue at their event. Until there is a new trailer, though, we’ll have to keep theorizing about what powers lie in Link’s glowing arm.

Comments
Continue Reading
Related Topics:japan, news, Nintendo Live 2022, Switch, Tears of the Kingdom, The Legend of Zelda, the legend of zelda: tears of the kingdom, zelda