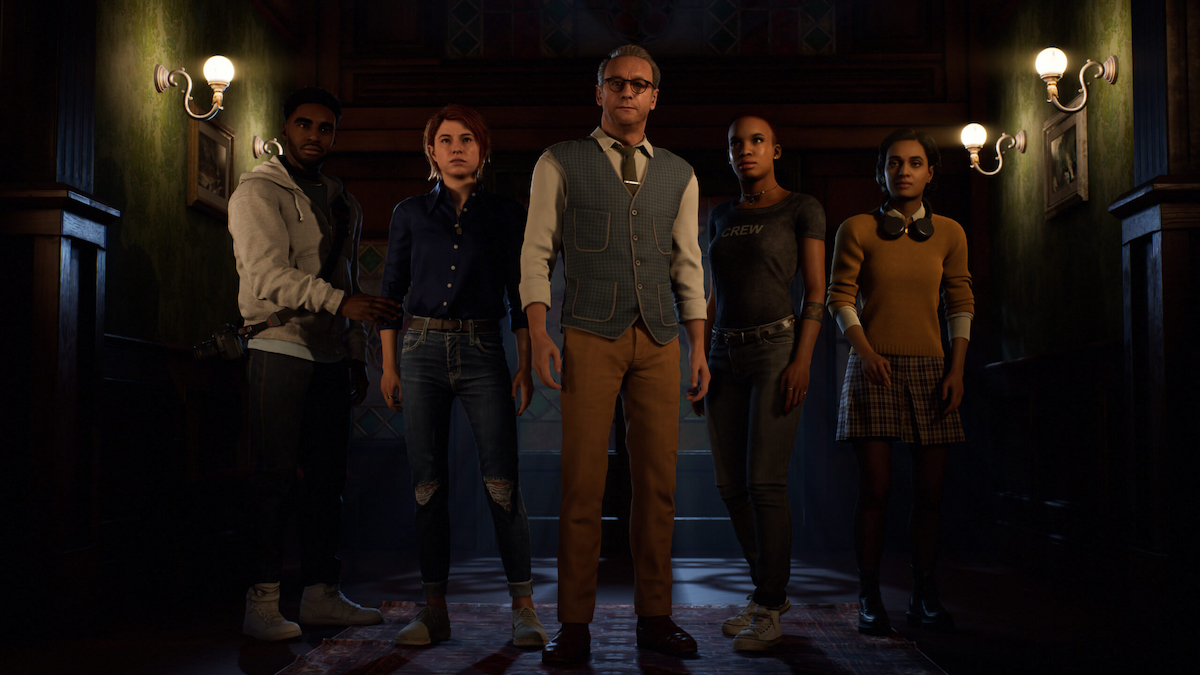 The Devil in Me is the latest installment in the ongoing Dark Pictures Anthology, a series of more digestible horror experiences from developer Supermassive Games. Like Until Dawn, the game which created the blueprint the Dark Pictures series would follow, The Devil in Me follows a core group of characters thrust into a nightmarish situation, with the player making the decisions that will affect whether they live or die in suitably gory fashion. Twinfinite was lucky enough to be invited to a digital preview of the game, and we were impressed with what small part of the game we got to see.

Previous entries such as Man of Medan, Little Hope, and House of Ashes have served as smaller vignettes between the meatier, full-priced servings such as Until Dawn and The Quarry. The Devil in Me appears to bridge a middle ground, breaking from the dogmatic formula of those that came before. Features like increased production values, additional gameplay mechanics, and a runtime purported to be closer to the latter than the former all help in this endeavor, with Supermassive’s latest outing feeling like a mid-gen upgrade for The Dark Pictures Anthology. That’s encouraging because there are apparently still another six games to come, and the enhancements we saw here will go a long way to keeping the tried and tested gameplay loop remain somewhat fresh in the years to come.

The preview we played dropped us into the game part-ways in, presumably after a proper introductory sequence where the player would have learned a little more about the core cast before everything goes entirely to hell in a handbasket. The Devil in Me follows a crew of documentary filmmakers who have been invited to tour a modern-day replica of the infamous H.H. Holmes “murder castle.” If you are unfamiliar, Holmes is widely recognized as America’s first true serial killer, confessing to the murder of 27 people before being executed. The owner of a hotel in Chicago in the late 1800s, Holmes outfitted the establishment with fake walls, hidden passageways, and even a secret basement furnace for disposing of unwanted evidence.

This makes for the perfect environment to explore in a Dark Pictures game, with plenty of nooks and crannies to become lost in. Of course, our filmmakers find themselves left alone in the replica hotel, stripped of their phones by their mysterious benefactors, and trapped inside with an unknown assailant, apparently determined to give them all the authentic Holmes experience.

Exploration has received a major overhaul in The Devil in Me, and while its sounds a little silly, the addition of basic gameplay actions like being able to mantle, climb ladders and push or pull objects has been added. While a staple in most adventure games since The Legend of Zelda: A Link to the Past, their addition here has a transformative effect on how the player interacts with the environment. Think of what a difference adding the ability to jump in Elden Ring made or the ability to crawl in The Last of Us: Part 2.

Each character has a unique item this time around, and the implications of this system sound fascinating indeed, and something that was alluded to in our initial preview of the game. For example, the team’s assistant, Erin, has a directional microphone that can be used to hear through walls. The usefulness of such an item is evident when murderers could potentially be hiding around every corner, but each item apparently has the potential to be lost, altered, or modified, or even acquired by other characters over the course of the game.

There was even a Resident Evil-esque puzzle to be solved, and we have to imagine that more can be found throughout the game proper. The puzzle in question involved activating a series of power breakers in the correct sequence, the solution to which could be found in the environment. Of course, nothing that hasn’t been seen in other video games, but a welcome break from searching the environment for clues or premonitions and another sign that The Devil in Me is shaping up to be something more than just another entry.

Along with mechanics, graphically, this adventure also seems like a step up, with characters’ facial expressions feeling more dynamic and expressive. Again, it’s difficult to get too attached in such a short play session (our gameplay preview lasted around an hour), but we can see the potential forming between characters, and we already identified at least two that we could see ourselves trying slightly less hard to save from a grisly fate.

It remains to be seen how the rest of the game pans out, but from our brief time with The Devil in Me, we came away from the experience feeling impressed and excited to see more. There is so much more we could get into, like the impossible situations and disgusting, Saw-inspired decisions players will be forced to make, but we wouldn’t want to spoil even a moment. We look forward to diving into the finished product and hope The Dark Pictures Anthology maintains this upward trajectory.