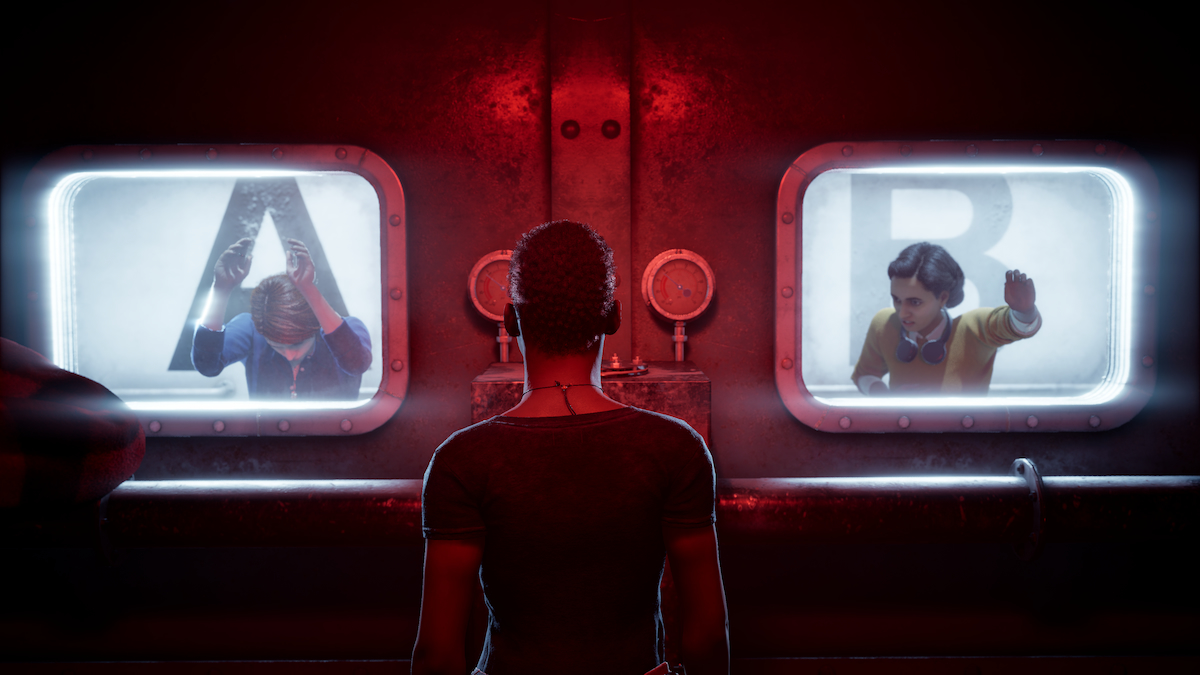 It feels like Super Massive Games’ Dark Pictures Anthology has been picking up momentum of late. While Man of Medan and Little Hope are the smaller, bite-sized horror experience that the series was initially pitched as –each dealing with a different subgenre of horror–, House of Ashes felt like more of a complete package. It is, at times, more akin to one of the mainline games in the series, such as Until Dawn or The Quarry.

The Devil in Me, I’m glad to report, feels like a bridge between both of those mainline games, and the best of both worlds. Twinfinite was invited to attend a digital preview event for the game, and what I learned has me excited, both for the game itself (which marks the season finale of the anthology series) and for what is to come next.

Man of Medan dealt with ghost ships, Little Hope focused on witches and the occult, and House of Ashes tackled monstrous vampires. The inspiration this time is more grounded, although no less terrifying.

The Devil in Me takes its name from a chilling quote by Dr. Henry Howard Holmes, or H.H. Holmes, popularly credited as the first modern American killer. Holmes confessed to murdering 27 people, though it’s possible that the number is actually higher than that. At his trial, he said:

“I was born with the devil in me. I could not help the fact that I was a murderer, no more than the poet can help the inspiration to sing. I was born with the evil one standing as my sponsor beside the bed where I was ushered into the world, and he has been with me since.”

Holmes was the proprietor of a hotel colloquially known as The Castle, which would come to be known as the Murder Castle later. This is because he supposedly tricked the 60+ room building out with some of the most nightmarish modifications you can imagine, including but not limited to, fake walls, secret passages, hidden rooms, torture chambers, and even a crematorium in the basement. The building was torched after Holmes’ was hanged in 1895, so the legend has grown in the telling.

It’s pretty heady stuff, and ripe for exploration. Holmes is cited as a direct inspiration, as are the Saw films, so it’s safe to say this one won’t be for the squeamish. From what little we saw of the game, Super Massive Games paid close attention to those films and reveled in creating impossible situations to place the player in.

The setup for The Devil in Me is simple enough. The crew of a struggling TV show, Architects of Murder, which investigates famous serial killers, is invited to chronicle an accurate reproduction of Holmes’s famous Murder Castle and film an episode therein.

Of course, this recreation was built on a deserted island in the middle of nowhere, and once the show’s crew arrives, things quickly turn south. Separated, hunted, and forced to make horrific decisions, The Devil in Me’s setting is pitch perfect for the kind of tension and situations that, when done right, make this series sing.

There are five playable characters this time, and as is always the case, your decisions will determine whether each lives or dies. Charlie is the director, Kate is the show’s presenter, Mark is the cameraman, Jamie, the chief grip, and Erin is the intern.

From the get-go, it’s apparent that The Devil In Me is bridging the gap, between other Dark Pictures entries and the larger entries Until Dawn and The Quarry. Its extended runtime, for one thing, and the expanded gameplay mechanics, for another.

Man of Medan ran for a breezy four or so hours. Until Dawn and the Quarry would take the average player 10-12 hours to beat. The Devil in Me is supposedly 7 hours long, and that’s just an average playthrough.

Similarly, players will now have the ability to mantle objects, and climb things like ladders, to better engage with the environment. That might not seem like much, but consider what a revelation it was to be able to jump in Elden Ring or crawl in The Last of Us Part II and you’ll have a sense of the difference.

Like more action-oriented horror games, there are sections in which you will need to actively hide in the environment, under tables, or in closets. These look like a fresh way of mixing things up and adds some tension without having to rely on jump scares.

Another new addition is that each character now has a unique item, usually relating to their job, that they can use, trade with other characters, modify, or lose during the course of the game, all of which can be the difference between life and death. For example, Erin has a directional microphone that will allow her to hear through walls.

In the preview, I was shown a 15-minute vertical slice of the game, which followed Mark, Jamie and Kate, as they explored some super creepy environments, discovering the grisly remains of the workers who had constructed the replica Murder Castle. It looked suitably scary, and the added exploration elements added a layer of verticality to the affair.

The presentation ended with a situation in which the player was given the choice of killing one character but saving another in the process. The situation was impossible, but what we have been mulling over ever since is how to get out of it with both characters still breathing. We won’t have much longer to wait, The Devil in Me releases on PS4, PS5, Xbox One, Xbox Series X/S, and PC in Autumn 2022.