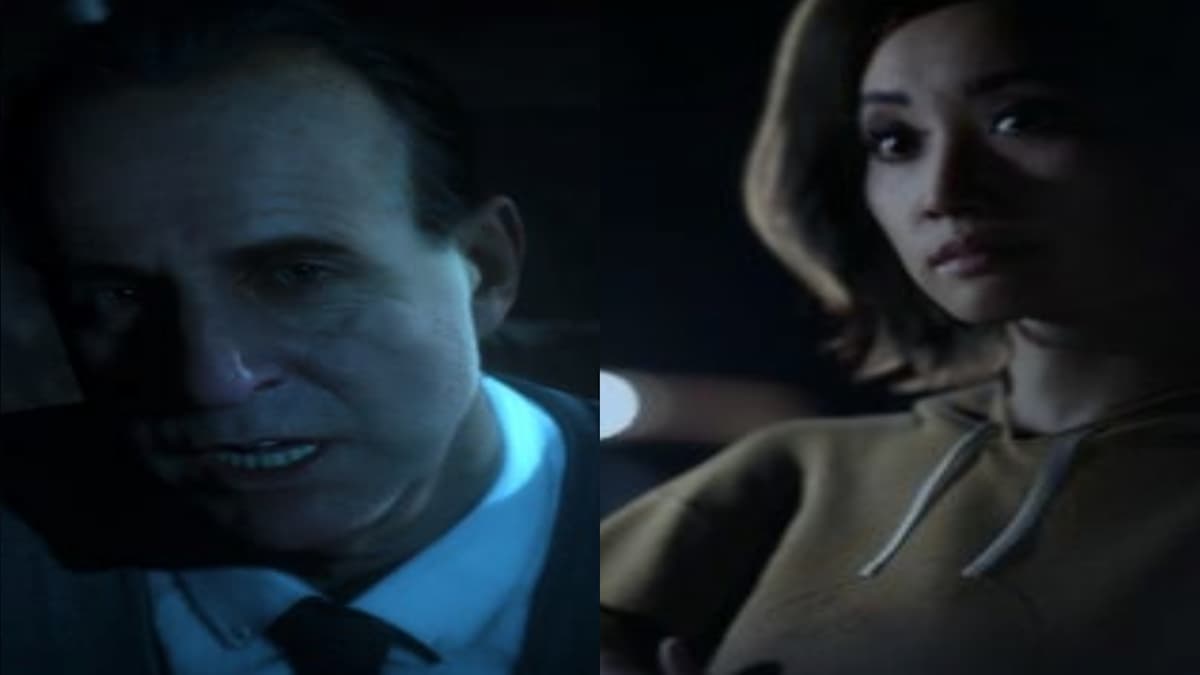 Now, let’s take a look at how these two titles compare when they are put up against each other.

Both Until Dawn and The Quarry have a very similar story structure overall as they both revolve around young adults stranded in the middle of nowhere who must now survive a night of horrors.

Every character in Until Dawn feels as though they have a purpose for being in the story. In The Quarry, there are a few characters who feel as though they add nothing to the story and are more just fodder for the unfolding horror.

Winner: Until Dawn. While the story of The Quarry is fun, there’s just no beating Until Dawn’s fantastic and more concise story.

Choices are a big part of any of these interactive narratives, especially when considering how much a choice matters and affects the overall narrative.

After playing Until Dawn multiple times, it becomes even more apparent just how much these choices matter. Not all options in Until Dawn are a matter of life and death per se, but they all influence how the story will play out for the player.

When it comes to choices in The Quarry, it is a bit more complicated. First of all, choices and consequences are a lot harder to follow in The Quarry than they are in Until Dawn. Frequently, the VHS tapes don’t make total sense when it comes to cause and effect. There will even be tapes that feel overloaded with information that should have been separated into more tapes, whereas Until Dawn’s butterflies were much easier to follow.

After playing through The Quarry multiple times, the choices simply don’t hit as hard as they did in Until Dawn. All of the options in Until Dawn make sense when you really look at the story. However, there are certain choices in The Quarry that felt as if there was no way to predict until you went through trial and error or if you picked the right tarot card, which will be looked at in a different section.

Something else that is a bit of a problem with The Quarry’s choices is that some of them require the player to make such precise decisions throughout the game in order to get any payoff. Contrary to this, Until Dawn’s choices are much more self-explanatory.

Having choices that aren’t self-explanatory wouldn’t always be a problem, but the fact that you must replay hours of content depending on how far back the mistake was made, makes this problem much more annoying.

Winner: Until Dawn. Though The Quarry may have some great choices, Until Dawn does a much better job of making its options feel more critical and presents them in a much better way.

The gameplay in both Until Dawn and The Quarry is quite limited though it is certainly still worth taking a look at. The way gameplay works in these two games happens primarily in two different ways. First, it is with exploration. In moments of rest, the character that the player is controlling will explore the environment looking for collectibles. The second way that gameplay unfolds is through quick-time events.

In Until Dawn, quick-time events are done by using either the joystick or by pressing buttons on the controller. There will also be moments called “Don’t Breathe,” where players must not move their controller.

However, in The Quarry, quick-time events are primarily done by moving the joystick. There are also moments that are similar to “Don’t Breathe,” called “Don’t Move,” where the player must hold down a button while the screen is red.

Both games also have moments where the player must shoot a gun. In Until Dawn, the player shoots the gun by pointing the cursor into the crosshairs marked onscreen, whereas in The Quarry, the player must point their gun’s flashlight at the enemy they wish to shoot.

While the gameplay in Until Dawn is great, The Quarry’s gameplay feels better and more refined. Things that Until Dawn does, like the “Don’t Breathe” moments, sound great in theory, but they come across as much more annoying and less accessible to the audience. They are also easily cheated as all the player has to do is to know when to set their controller down and they will succeed.

The “Don’t Move” meter feels like a fantastic improvement, along with things like quick-time events and exploration that feel much better when playing The Quarry than they do in Until Dawn.

Winner: The Quarry. While Until Dawn set the stage for the gameplay of The Quarry, The Quarry’s improvement of Until Dawn’s gameplay makes it the definite winner in this category.

Collectibles aren’t always something that would be looked at in video games as their own section. However, it is essential to look at them here because they are such an integral part of how Supermassive Games tell their story.

In both games, the collectibles come in mainly two different forms, one being clues and evidence, the other being totems and tarot cards.

Something that both games do excellently is making these items tie into the story. The clues and evidence further a player’s knowledge of the story, while totems and tarot cards guide players into completing actions that will help them get the desired outcome.

Clues and evidence basically function the same way in both games. The only real difference is that The Quarry’s ending will change a bit depending on what the player found throughout their playthrough.

It is also worth noting that even though it is fun to explore the larger environments that The Quarry has to offer, it can result in annoyance as the player is much more likely to miss things when exploring. As opposed to this, in Until Dawn, the environments may be big, but they are much more streamlined, making collectibles much harder to miss.

Then comes the other form of collectible with Until Dawn’s totems and The Quarry’s tarot cards and while they function similarly in the two games, there are some significant differences between them.

The most notable of the differences is that in The Quarry, the player cannot view every tarot card, unlike in Until Dawn, where the player can view every totem. The decision to make this the case has merits to it. Still, the end result is frustrating, especially as some tarot cards are completely useless and don’t help with anything, which makes this decision incredibly frustrating at times.

Another difference between the two games is how totems and tarot cards impact the story. In Until Dawn, totems unlock “The Events of the Past,” which is a guide to the story leading up to the main events of Until Dawn. When it comes to tarot cards in The Quarry though, they unlock new dialogue from the mysterious fortune-teller, with important story elements being revealed by certain cards late in the game.

Having these types of collectibles actually influence the story in The Quarry is excellent, although that isn’t to say that Until Dawn’s totems don’t have their own place in the game’s story.

Winner: Until Dawn. This was by a close margin, as the way that The Quarry’s tarot cards impact the story is excellent. However, it can’t be overlooked how Until Dawn not only does a similar thing but also has collectibles that are a lot less frustrating to collect and reap the rewards of.

While The Quarry is by no means a bad game, Until Dawn is still clearly the superior title, as The Quarry simply does not live up to its predecessor. The Quarry deserves its props for making some much-needed improvements to Until Dawn’s system, but these changes never quite remedy the mistakes that The Quarry ultimately makes.

The Quarry vs. Until Dawn: Which Game Is Better