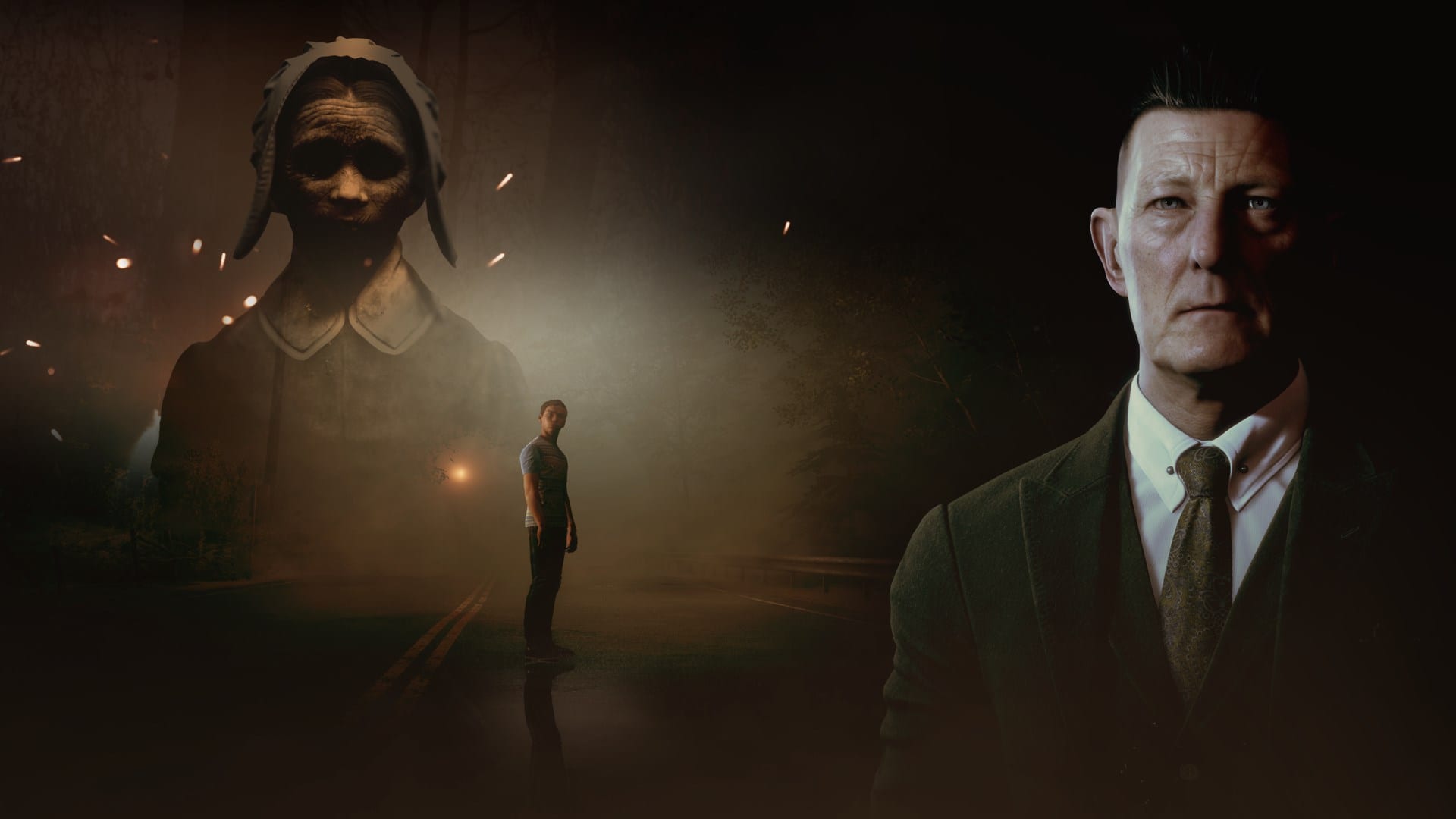 The Dark Pictures Anthology, starting with Man of Medan, has done a nice job of delivering Until Dawn-lite experiences to fans of choose your own adventure horror games at a budget price. Little Hope admirably pushes the anthology forward, but after completing it I’m left wanting a meatier experience.

Little Hope moves the action into a ghost town called Little Hope, that has a dark history of being home to witch trials in the late 17th century. The town remained bustling into the late 1970s and 80s, until the closure of a factory eliminated nearly all of the jobs and forced its residents to slowly abandon it.

The game starts in Little Hope in the 70s as you observe a family on the verge of being torn apart because of financial troubles and other issues. Their adoptive daughter, Megan, is struggling both with school and fitting in with her two brothers and sister. The father, a manager at the town’s factory, is hitting the bottle hard as a result.

Megan, tired of everyone being mean to her, does something terrible (which we don’t want to spoil) and kicks off the events of the game.

Your job is to try and make sense of why all these people look the same and what the heck is going on with these visions. Oh and, of course, you are stranded in Little Hope after your bus crashes with no way of communicating with the outside world, are haunted by the ghost of Megan, and are hunted by demons along the way.

As is the case with Supermassive’s other horror games, you solve a mystery and evade death until daybreak.

The spooks in Little Hope come in a few forms. First are your creepy surroundings. Picture a Salem that never got a boon from tourism and was completely abandoned with all of its witch history still intact and you’ve got Little Hope.

There’s very little light, ensuring that you need to use your flashlight pretty much everywhere, and everything is rundown. You’ll see shadows in the background and hear inhuman noises, but your characters won’t be able to make it out most of the time. You’ll know something is around them but they might not. It’s spooky.

There’s an excessive amount of jump scares too. Every time your character is pulled into the 1600s, a creepy skeletal Puritan-lady will appear from nowhere, screech, and fill your screen.

A few times here and there would have been fine, but the act wears thin by the end of the game. It would have been scarier if we could see a few of them coming and were forced to interact. So if you do decide to play, be mentally prepared to be jump scared at least every 15 minutes.

Finally, as the game’s story progresses, you’ll eventually come face to face with various demons. They are gross and disfigured and will chase you around, forcing you into the life or death QTEs that Supermassive has made a staple of their games. Overall, they are used fairly effectively as, until the ending, they are quite rare and create some intense situations.

When you’re not getting tormented by all of that, you’re in the present day trying to piece together what is going on using the clues in-game. The characters are puzzled by seeing versions of themselves in the past and are trying to cope with seeing terrible things happen to their lookalikes.

I’m going to avoid story spoilers in this review for the obvious reason that it’s the main draw of the game, but I will say I was a bit disappointed.

Like Man of Medan, there’s a big twist in Little Hope. In Man of Medan, though, the twist was the missing piece of the puzzle, was integral to the story, and there were enough clues to figure it out ahead of time, and if you did, it was quite satisfying.

In my play experience, Little Hope’s big twist came off as hokey. It came out of left field and just was dropped on me at the very end of the game. The game lacked a thrilling build up or climax, and that’s meant to be the big WTF moment.

I’m a sucker for twists, so sure, I was taken aback by it at first. But, with more distance from it, I feel like my time searching for clues during the game was kind of a waste of time as the ending undermines it all. I’ll admit that maybe some of you reading this are master sleuths that will figure it all out quicker than I did and get more enjoyment out of it though.

As far as the characters go, they are quite unlikable for the most part, with Andrew and Daniel being the only exceptions. They are needlessly abrasive and very, very dumb. It is a “horror movie” though and that kind of comes with the territory I suppose. Your experience may vary there.

The Curator, voiced by Pip Torrens, though, is fabulous and I was always thrilled to see him. The Curator acts as a Rod Serling-like host of sorts and will periodically interrupt your game to tell you how you’re doing and deliver you some hints if you want them.

As Supermassive said when The Dark Pictures Anthology was revealed, so The Curator is set to stick around for the eight planned entries, which is wonderful.

Finally, it’s worth noting that while my gameplay experience was generally smooth, other than the occasional chugging and one crash that happened in the main menu, I have spoken to others who had more frequent crashes. However, stuff like the occasional, strange (but pretty) camera angle that makes it hard to see what’s going on, and clunky movement are features, not bugs, and they may annoy you throughout the game.

The Dark Pictures: Little Hope is greatly enhanced by playing with friends too. On its own, it’s a bit of an underwhelming experience that is marred by an over-reliance on jump scares, clunky movement, and a set up for a big ending that may or may not make much sense to you.

That said, when you play Little Hope with others, like I did, it’s hard to not laugh when a jump scare catches a friend off guard, or when they screw up QTEs and end up impaled or drowned. Trying to solve a mystery with friends is always fun, even if it’s not the greatest story ever told. Played this way, Little Hope is actually a blast in spite of its flaws.

In other words, if you have some people to play The Dark Pictures: Little Hope with, it’s definitely a fun way to past the time, especially around Halloween. If you’re planning on going at it alone, though, it’s not a bad experience but you may be left feeling a bit unfulfilled. 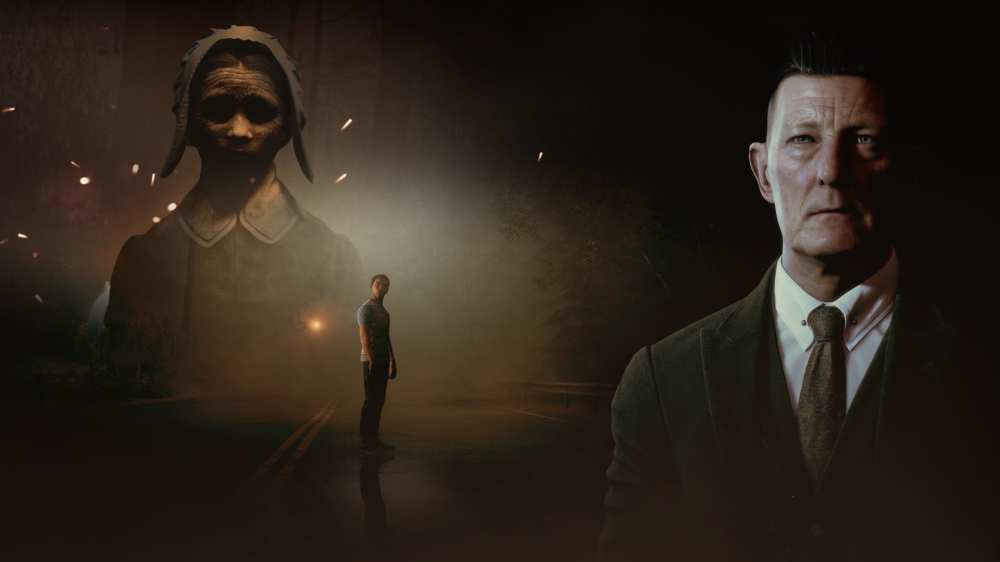