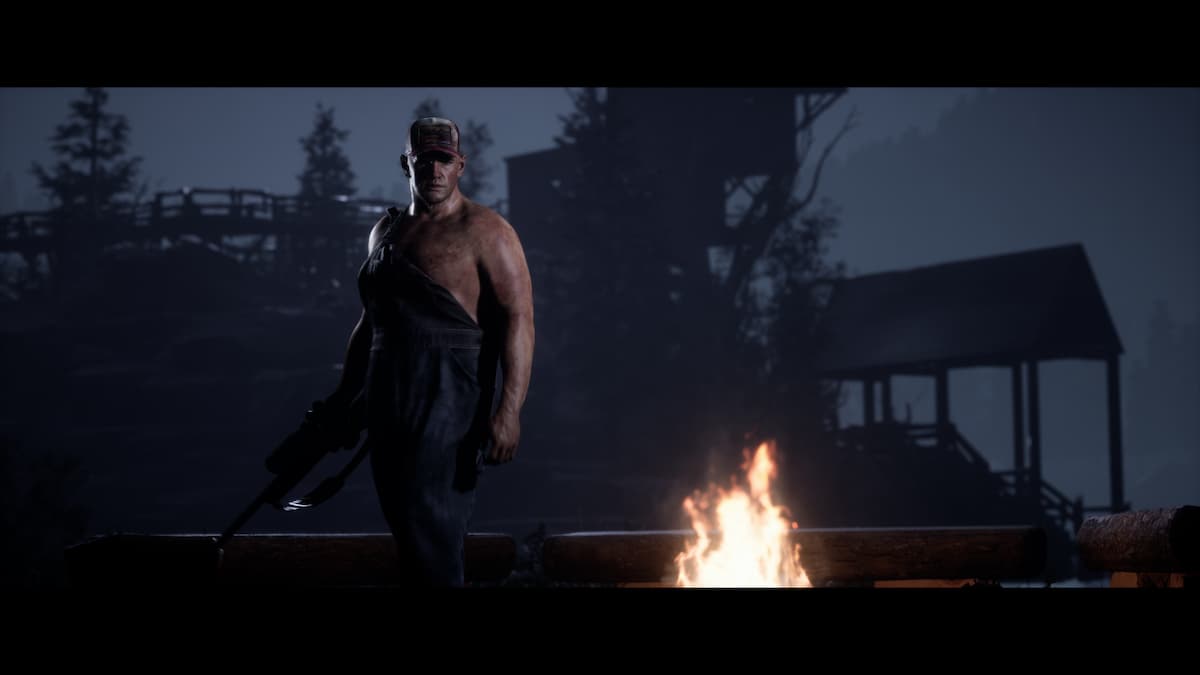 The Quarry is a new standalone, choose your own adventure horror game from developer Supermassive Games. A spiritual successor of sorts to Until Dawn, the game puts players in control of a group of summer camp counselors on the final day of camp as they have one final blowout bonfire before heading home and potentially never seeing each other again. Of course, things go awry as soon as night falls.

Let’s just get this one immediately out of the way. The Quarry’s characters are more memorable, better acted and voiced, and have more personality to them than any character we’ve met in the three Dark Pictures Anthology games that have released so far.

While it seems as though The Quarry had a bigger budget than each of Bandai Namco’s anthology titles, financial limitations can’t be blamed for all of these problems. Sure, a star-studded cast helps elevate the writing in The Quarry, but there’s also just generally better writing going on here, and we’d hazard a guess that’s a result of The Dark Pictures titles being released annually and the development team not having enough time to really polish up the script and writing.

It also helps that The Quarry’s cast are a bunch of goofy teens that fit into lovable, albeit cliché stereotypes, whereas the marines in House of Ashes were all super serious soldiers that had about as much character as a piece of cardboard.

And yes, Little Hope and Man of Medan had teens and young adults as its main cast of characters, but they’re not as memorable as Until Dawn’s Josh (Rami Malek), Chris (Noah Fleiss), and Jessica (Meaghan Martin), or any the Hackett’s Quarry cast.

The Dark Pictures Anthology has somewhat pinned itself into a corner with its annual release schedule, as the development team naturally has a shorter amount of time to turnaround each entry. Alongside other issues that stem from this, the end result is smaller, bite-sized choose-your-own-adventure-style horror experiences that run for somewhere between 4-6 hours depending on how many characters you inadvertently (or intentionally) kill off. The general runtime varies from game to game in the anthology, too, but it’s a stark contrast to the more feature-length runtimes of both Until Dawn and The Quarry.

The longer runtimes of its first and most recent standalone titles means that their characters can be fleshed out more, the story has more twists and turns, and decisions can come back to haunt you long after you forgot you’ve made them.

The Quarry may take a while to get going with all the jump scares and heart-pumping thrills, but these opening hours are spent laying the foundations for more relatable characters and create an air of mystery around the summer camp itself.

We’re also never going to say no to longer Supermassive horror adventures, so… y’know, there’s that!

Creepy Campy Horror That Doesn’t Take Itself too Seriously

The Dark Pictures Anthology does a great job of taking you to some seriously spooky locations. A cursed shipwreck of legends? Check. Creepy deserted town with a haunted past? Check. Ancient ruins which are… also cursed? Check. The problem is each game almost takes itself too seriously, and in the process forgets what made Until Dawn so great to begin with.

Sure, the jump scares and spooks started early on, but it leaned into its goofy, campy horror vibes hard. Pretty much every daft little trope from campy horror was hit, and the Hollywood cast of characters delivered performances befitting of this style and the game’s narrative.

The Quarry continues to carry the campy horror torch from its (sort of) spiritual predecessor, with a cast of characters that fit into the stereotypical teen tropes — Abi the shy nerdy girl, Emma the overly-confident IT girl, Jacob the goofy jock and Ryan the mysterious teen to name a few — and say the silliest things when they’re staring imminent death right in the face.

Dylan, voiced and acted by Miles Robbins, however, is the epitome of this. He makes witty, sarcastic quips at almost every opportunity, occasionally breaks the fourth wall, and is oddly upbeat throughout the whole experience. It’s the kind of character Supermassive Games’ titles need to really hit home the fact that these aren’t designed to be overly serious, and The Quarry is all the better for both Dylan and Robbins.

The Dark Pictures Anthology games haven’t had the smoothest of launches. The first two entries have been plagued with bugs and performance issues that can really take away from the spooks and scares and can even sometimes impede on the gameplay, resulting in one of your characters meeting an untimely demise.

Despite a few very minor audio bugs in our 13 hours at Hackett’s Quarry, we didn’t stumble into a single issue with The Quarry. Performance remained exceptional on PC, and there weren’t any weird graphical bugs or framerate dips at pivotal moments of QTEs.

It may only seem like a minor thing, but it makes all the difference when it comes to these sorts of immersive, cinematic experiences.

Rewind Feature Saves You From Making a Costly Mistake

The Quarry is the first of Supermassive Games’ titles to incorporate a rewind feature. When one of the camp counselors is killed throughout the final night of camp, the action will pause and you’ll be given the option to rewind to a previous decision that could enable you to save them.

For all of the improvements that The Quarry makes over Supermassive’s Dark Pictures titles, and even Until Dawn, it still suffers from some vague choices that result in characters doing things you didn’t necessarily want them to do. Going up for air when swimming underwater doesn’t see them dive back down, for example, the scene just… ends, despite them trying to get an incredibly important item that’s slowly sinking to the bottom of the lake.

It makes the rewind feature all the more valuable. On a couple of occasions, I made a choice only for the action to then play out in a way the decision had failed to signpost. Rather than the playthrough immediately becoming a write-off, I was able to rewind, make a different decision and have all the counselors make it through to see the morning.

The rewind feature only has three uses in a playthrough, so the pressure’s still on to make the right choice for the most part, but this gives you an easy out if you make a particularly problematic decision.

If you’re a little more bloodthirsty and want to watch all the counselors die, you probably won’t use this. But for trophy and achievement hunters, this will come in clutch for when the game throws you a bit of a cheeky curveball.

Psychological Horror, Smile, Will Leave You Grinning Like a Cheshire Cat