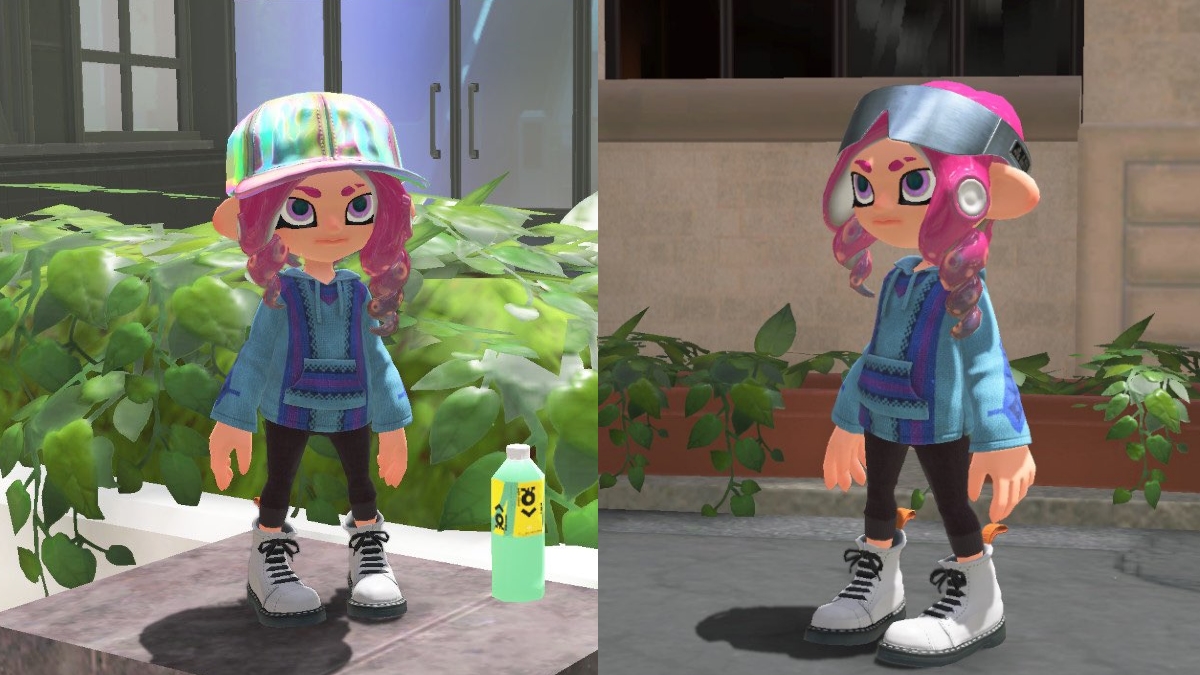 Someone who works on Splatoon 3 at Nintendo must be a big fan of the popular 1989 movie Back to the Future Part II because for the second month in a row, the game’s monthly Salmon Run prize is a direct reference to the film.

Each month, a unique Grizzco gear item becomes available for players to earn exclusively through Salmon Run mode. September’s prize was the Bream-Brim Cap, a colorful neon baseball cap that some players thought looked awfully familiar: it strongly resembles the cap that Marty McFly wore in Back to the Future Part II.

It surely wasn’t just a coincidence because the prize for October resembles another item from the popular sequel. Players can earn the Lo-Vis Visor this month, which looks just like the chrome sunglasses worn by “Doc” Emmett Brown.

As you can see, these items in the game look exactly like their counterparts in the movie. The resemblance is so close that we can’t imagine this was an accident or coincidence; they seem to be a direct reference to the popular ’80s movie.

Will this trend continue for next month’s Salmon Run prize? There are a number of iconic movies from Back to the Future Part II that could be referenced in a gear item in the game, such as the self-tying shoes or auto-drying jacket. These could easily be incorporated in Splatoon 3 as Salmon Run exclusive gear items.

Whether or not there will be additional prizes in the game that are a throwback to this movie, it’s a lot of fun to see such items referenced. Perhaps there will even be other movies that future gear items reference in the coming months.

To get the Los-Vis Visor in your own game, you have the entire month of October to play Salmon Run and earn it. If you need help, check out our Splatoon 3 Salmon Run guide to get you started.