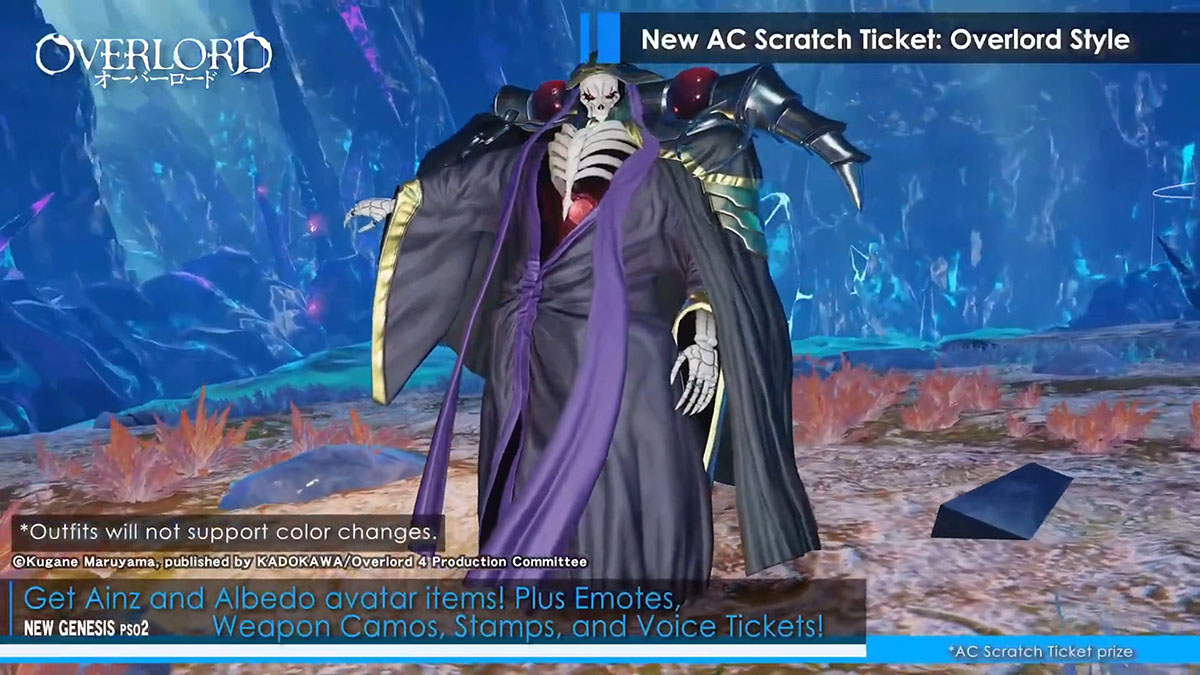 We get to see Halloween content that is actually coming tomorrow (Oct. 26), followed by the first part of the Autumn event which launches on Nov. 2.

Of course, this includes the inevitable AC Scratch and SG Scratch tickets.

On Nov. 16 we’re getting the second part of the Autumn Event which will include a crossover AC Scratch with the popular Overlord anime.

Another AC Scratch is coming with a smaller update on Nov 22, titled “Snug Style.”

We then move on to the major update coming in December, and we get to see the new volcanic region, Stia, a glimpse at the new story content (Chapter 4) and its protagonists, Glen and Kanui. All classes are also getting new skills, which is quite welcome.

Last, but not least, we get the reveal of “Creative Spaces,” the evolution of Phantasy Star Online 2’s Personal Spaces and basically the game’s housing feature.

You can have one for yourself and one for your Alliance, and invite other players to visit you. It’s worth mentioning that furniture items from PSO2 won’t carry over to New Genesis.

You can check out all the new content in the clips below.

Phantasy Star Online 2: New Genesis is currently available for Xbox, PS4, and PC. In case you missed it, the PS4 version has recently been released in August.

According to the latest data, the game has passed 9 million registered users, but a while has passed since then.