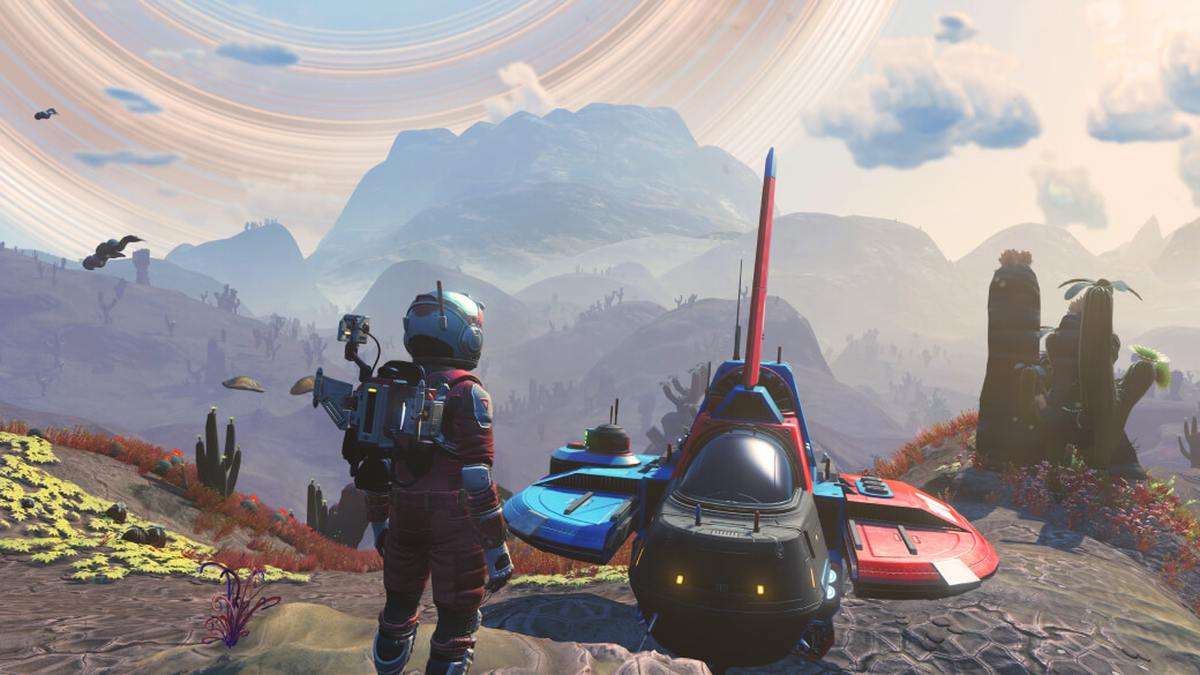 Today No Man’s Sky launched on Nintendo Switch, but a developer like Hello Games wouldn’t be content with just dropping the game on a new platform, so they also released a massive update for everyone.

The update is quite the milestone, underlined by the number, 4.0. It’s titled “Waypoint” and it comes with a lot of new goodies to explore and enjoy. If you’ve followed the previous updates, you likely know what to expect.

Custom Game Modes (included the new “Relaxed” one for those who want an entry-level) let you tweak your adventure basically however you like.

We’re also getting a new autosave system, a summonable trade rocket, an overhaul of the inventory (which was admittedly long overdue), the implementation of AMD FidelityFX Super Resolution 2, new visual effects in space and on planets, a record log for your story, crafting trees, rare asteroids, milestone guidance, and much more.

You can find the full and extensive update notes on the official website. As usual, there is a lot to sift through.

One thing is for sure: if you’re looking for a game that almost perfectly embodies the saying “gift that keeps on giving” (and I say “almost” just because it isn’t free so it’s technically not a gift), No Man’s Sky is that game.