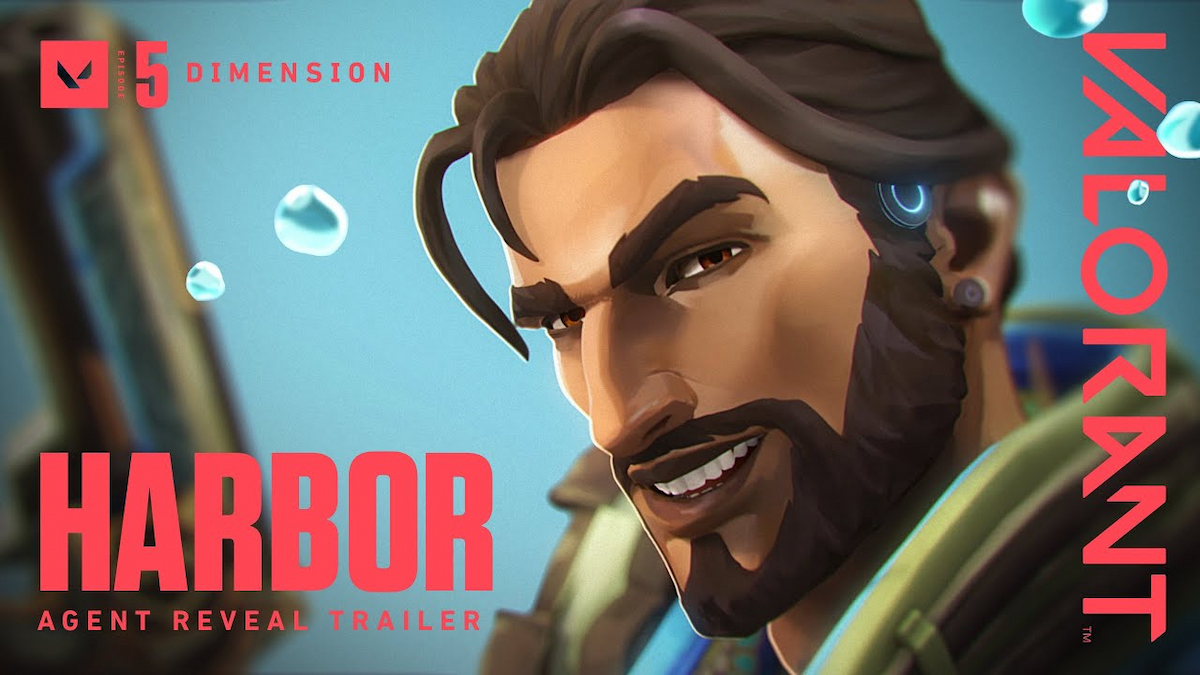 The next Valorant Act is fast approaching, and along with it a new Agent to shake up the meta. Riot Games has been slowly teasing bits of information here and there over the past few weeks; most recently before today, revealing his name as ‘Harbor,’ having been known by the codename Mage before that. early this morning, however, the publisher finally spilled the beans with a big cinematic reveal.

The timing was actually not the original plan, though. Harbor’s cinematic trailer was originally scheduled for a launch later today, at 8 am Pacific time, but was then launched very early this morning following a leak. That, in turn, prompted Riot Games’ official YouTube channel to launch the whole thing officially ahead of the scheduled date. These things always seem to happen!

As you’ll see from the sequence, Harbor’s abilities seem to be focused on water walls and some type of bulletproof bubble. His ult appears to shoot geysers of water from the ground that either stun or damage. We’ve broken down our best theories in a detailed article you can read here.