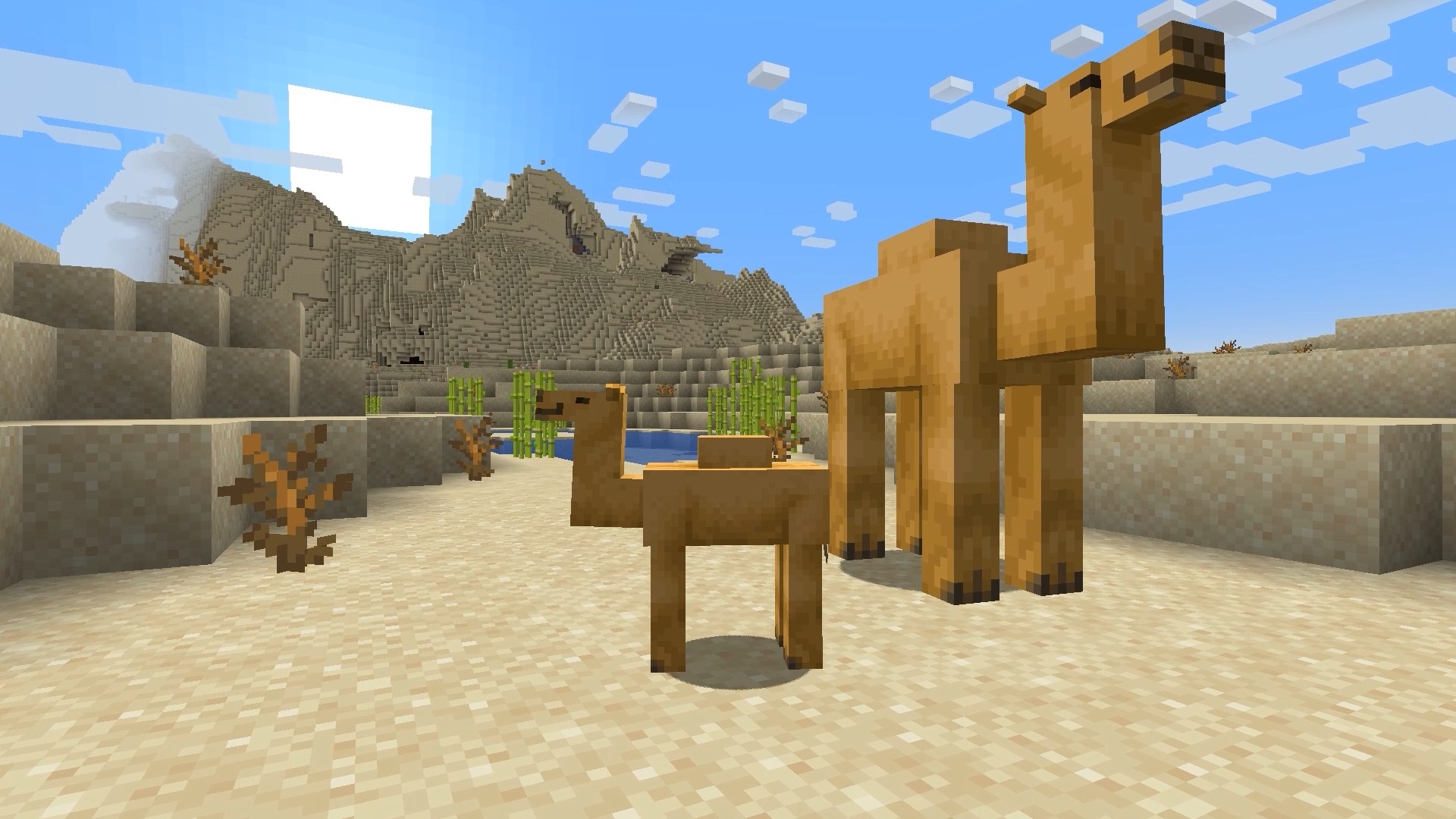 Today, during the celebrations for Minecraft Live, Microsoft and Mojang provided news about upcoming features coming to the super-popular game.

We get the reveal of version 1.20. Interestingly, Mojang says they learned from past mistakes, so they are revealing only content that is deep in development. That way the new features can be tested early by the community and iterated.

The theme of this update will be to enable self-expression via representation. The official name has not been decided yet.

We’re getting a new ridable mob, the camel, which will add to the many critters already available in the game.

Another new element that will be added is hanging signs. You can hang them vertically and horizontally from blocks, or even from fence posts, chains, and other hanging signs. That being said, they won’t swing.

A brand new bamboo block type will be introduced, and it’ll include a mosaic block and boats (which will actually be portrayed as rafts when built with bamboo) with and without a chest.

Chiseled bookshelves can stores up to six books, enchanted books, or books and quill.

Last, but certainly not least, new and inclusive default avatar skins are coming and will be used both in the game and in promotional materials. They will join Alex and Steve, and their names are Makena, Efe, Noor, Kai, Ari, Sunny, and Zuri.

As mentioned before, the new content is already in an advanced stage of development, which means you’ll be able to join the beta snapshot in a “few days.” We don’t know when it’ll be implemented in the live versions of the game besides a generic “2023.”

We also get to see a new Batman DLC coming soon.

Below you can find all the relevant videos (some courtesy of YouTube user GamersPrey).