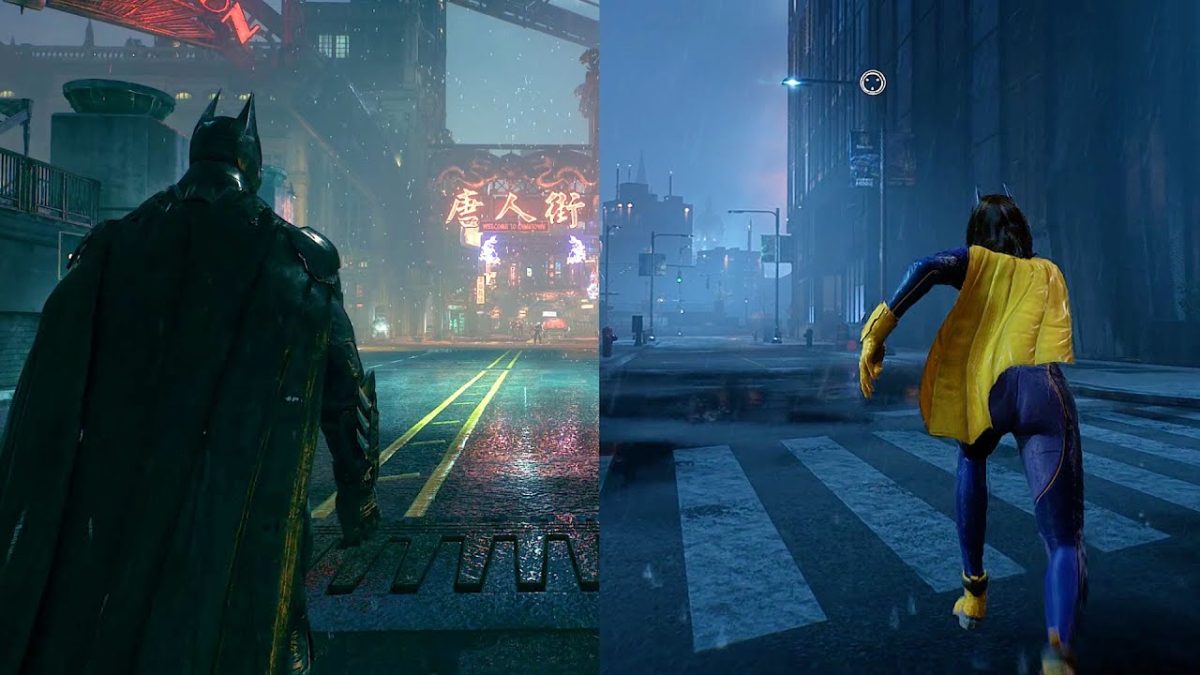 Following the story of Batman’s death, WB Games Montréal’s Gotham Knights launched worldwide on Oct. 21. With Batman out of commission, a new wave of heroes must stand up to protect Gotham City and become the very saviors that the city needs.

It’s safe to say there was much excitement surrounding this game as it would be the next Batman game following the epic culmination of Rocksteady’s Arkham trilogy. However, it seems like the hype hasn’t met some fan expectations, as a new comparison video aims to highlight an apparent graphical disparity between Rocksteady’s swan song, Batman: Arkham Knight, and WB Games Montréal’s latest entry.

NikTek then travels through Gotham in WB’s take just to highlight the game’s muddled brown textures and lack of atmospheric tone despite weather conditions being the same. They then go on to showcase more comparisons between both titles by driving around in the Batmobile vs. the Batcyle and traversing the city.

Gotham Knights is available for PS5, Xbox Series X|S, and PC via Epic Games Store or Steam. You can read more on our review of the game, the PC specs needed to run Gotham Knights, or be sure to check out the commotion caused before the game’s launch.