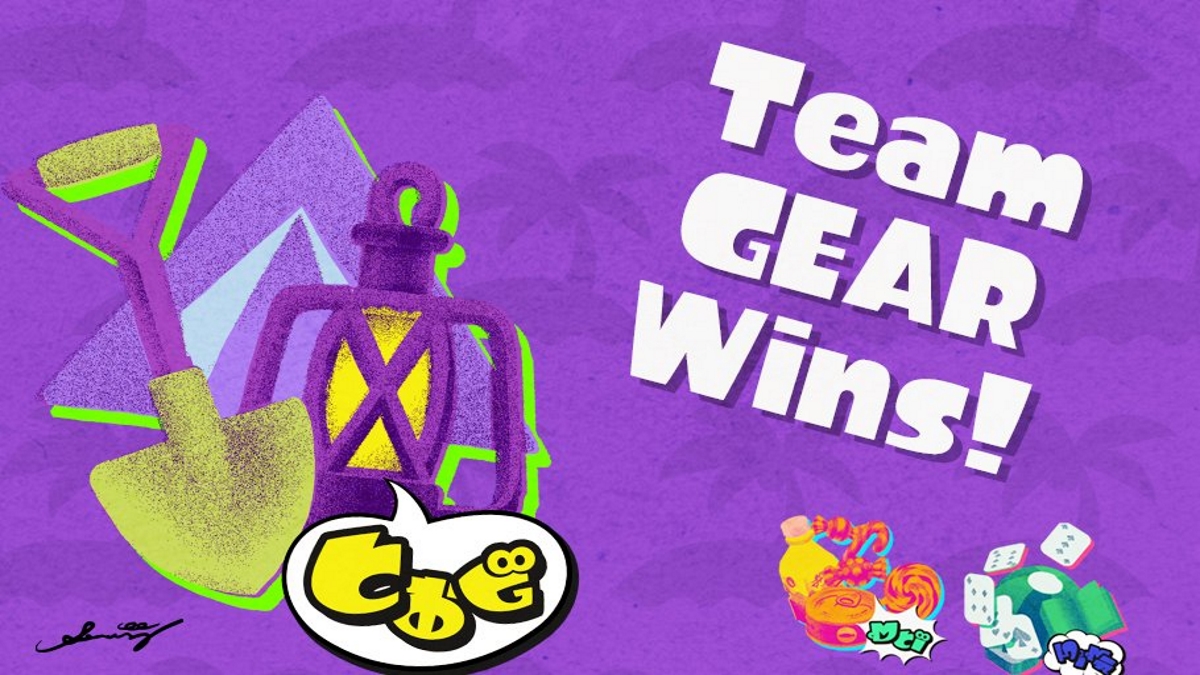 Team Gear has been crowned the winner of the first official North American Splatfest of Splatoon 3 since the game’s release earlier this month. It beat both Team Grub and Team Fun to answer the question “What would you bring to a deserted island?”

The breakdown of the results is as follows:

The Splatfest lasted all weekend long, starting on Friday evening and lasting through Sunday evening. After the first half ended on Saturday night, Team Fun was the leading team, which made it the defending team during Tricolor battles.

Though this was the first Splatfest since the release of the game, a World Premiere Splatfest took place shortly before Splatoon 3’s launch: Team Rock was crowned the winner in the Rock vs. Paper vs. Scissors Splatfest.

This time, the way Tricolor battles worked was a little bit different. The frequency of Tricolor battles was reduced since the Splatfest World Premiere. There will be an update to this after the end of the game’s first season in December, so it sounds like there is some work to do with the matchmaking system.

Splatfests in Splatoon 3 will likely occur once a month as they did in previous games, so be on the lookout for the next competition sometime in late October.