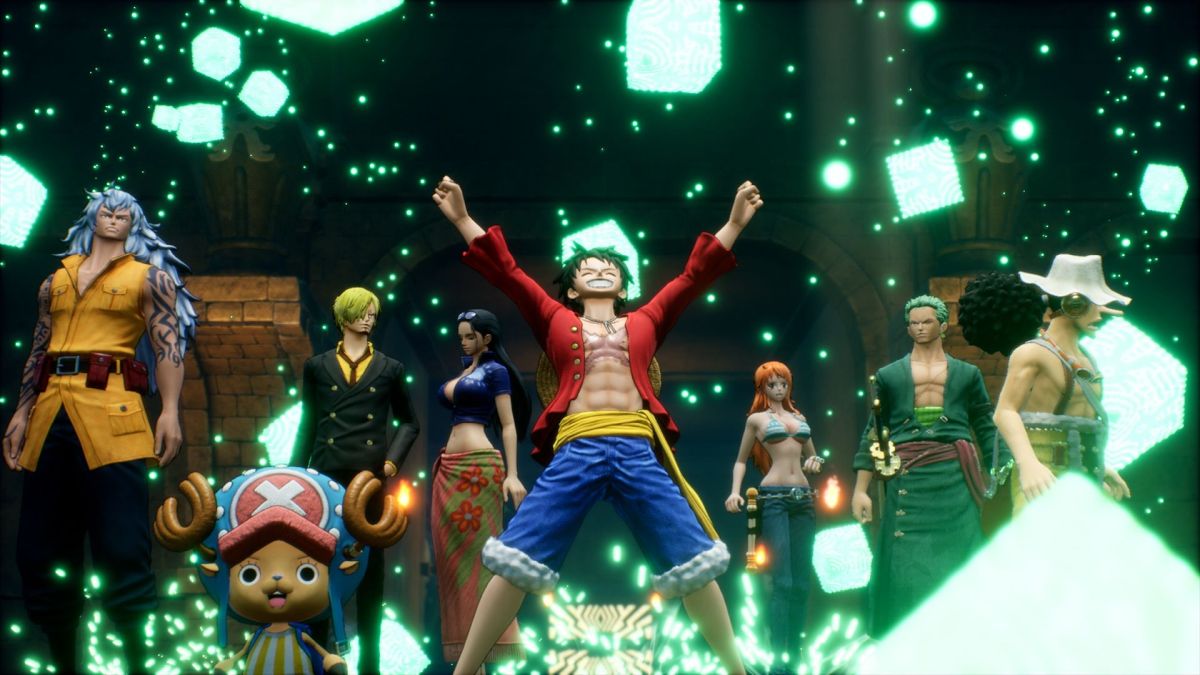 On top of the standard edition, we’re also getting the option to purchase two special editions.

The Deluxe Edition includes the Deluxe Pack with 2 pieces of jewelry and the Sniper King traveling outfit, on top of the Adventure Expansion Pack with an accessory set, additional story content (available after release), and 100,000 Berry.

The Limited Edition Bundle comes with a figurine portraying Luffy and Lim and is exclusive to the Bandai Namco store.

There is also a pre-order bonus that can net you a Traveling Outfit Set for all characters, 10 Energy Apples, 10 Excite apples, 3 Golden Jellies, and 100,000 Berry.

On top of the release date announcement we also get a new trailer, plenty of gameplay, and a video message from main producer Katsuaki Tsuzuki, which you can all watch below.

If you’d like to see more of One Piece Odyssey, you can check out the original announcement and a bunch of details and screenshots.