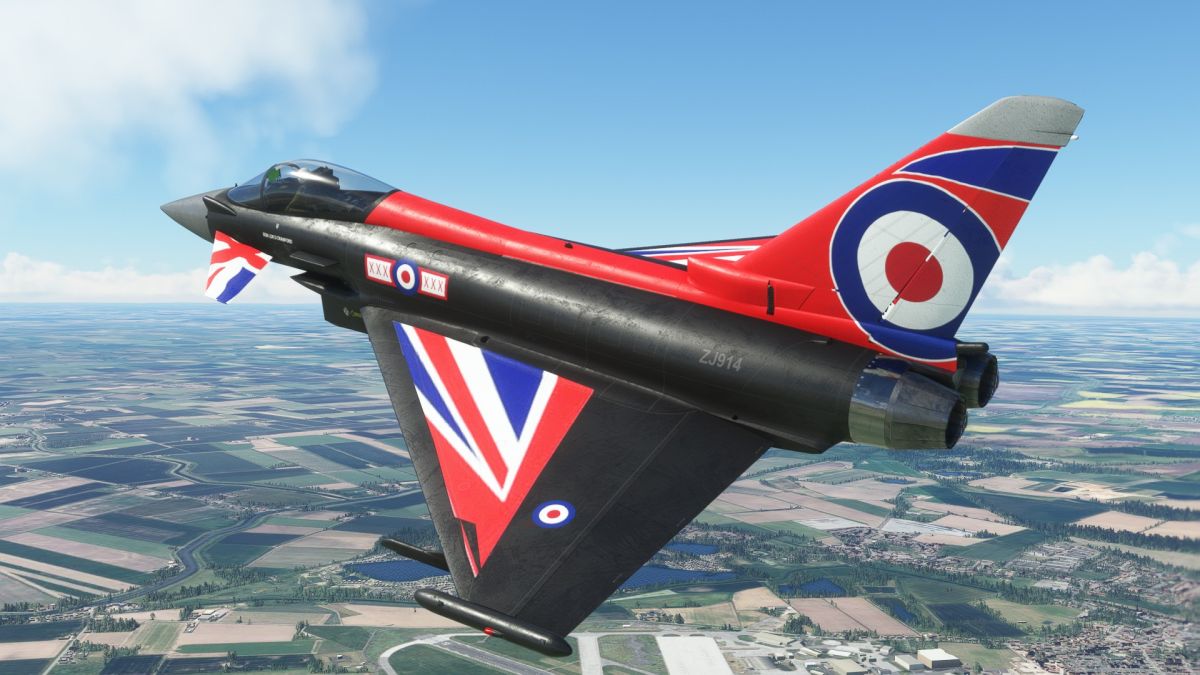 We start with a brand new brand (pun intended), CJ Simulations, which announced the Eurofighter Typhoon in collaboration with DC Designs.

It’s worth mentioning that CJ Simulations is CodenameJack, who normally does the coding and flight model design for DC Designs.

Below you can read the official announcement, watch a trailer, and a bunch of screenshots.

Today, I’m extremely excited to reveal that for some months now I have been working with a brand-new developer on a new aircraft for Microsoft Flight Simulator, which will be released in October 2022 for PC and Xbox. The developer is CJ Simulations, and is owned by none other than my chief coder and flight model expert, CodenameJack.

The aircraft is the CJ Simulations Eurofighter Typhoon. This is a highly detailed rendition of the aircraft with fully operational cockpit modelled and coded as close as possible to the real airplane, custom delta-canard flight model, multiple liveries and all associated special effects. Jack has been hard at work making sure visual displays match as close as can be to the real aircraft, based on the available data.

I’ll let the images and video link speak for themselves. The Typhoon is a much-loved modern fighter jet that has not yet been done justice in MSFS, and as a result it was a project we settled on back in Spring 2022. There are plans for more aircraft by CJ Simulations in the future, but for now sit back and enjoy the pre-release images and video.

Next, LatinVFR revealed that it’s working on an Airbus A319

The full reveal will come tomorrow, but it’s likely to be based on the default Airbus A320neo like LatinVFR’s Airbus A321neo.