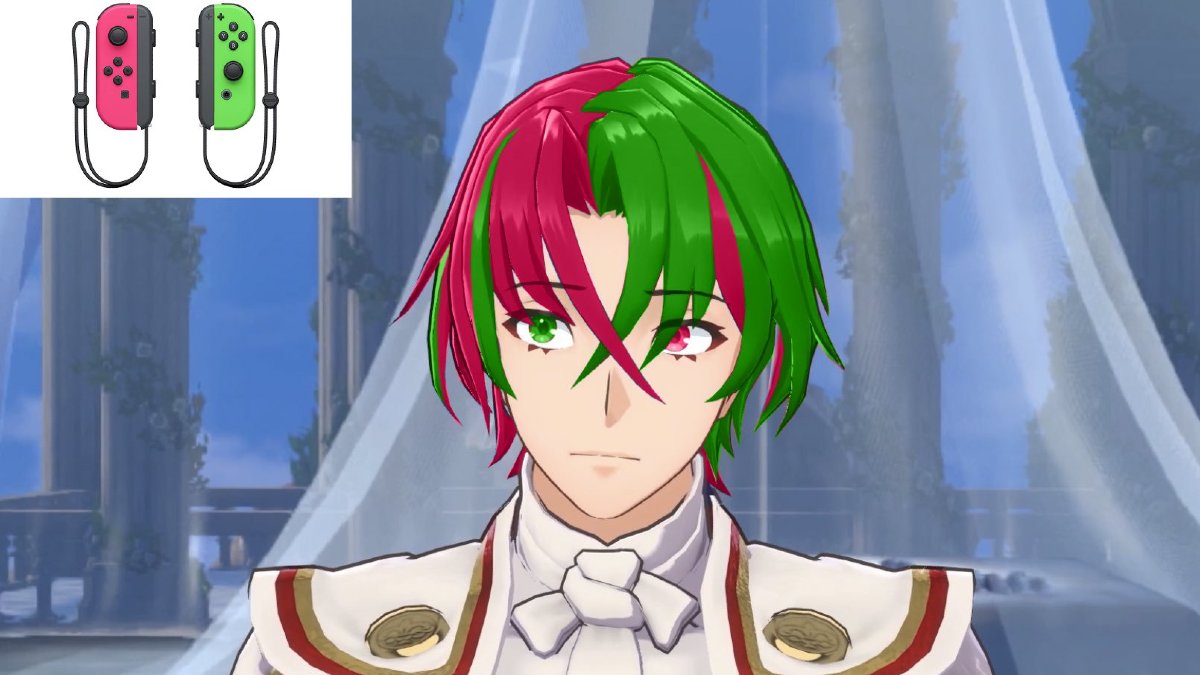 Yesterday, Fire Emblem fans rejoiced during the Nintendo Direct event as it was revealed a new installment in the saga would be coming soon. Alongside that joy, though, was a little confusion, as many were asking why the heck the new protagonist’s design looked like something out of a Colgate commercial.

When we’re introduced to our new nameless protag in the trailer, we are greeted to the sight of their hair split halfway down the middle, boasting blue on one side and red on the other. Now, there’s obviously been some interesting and colorful hairstyles in the Fire Emblem series, but this one has got to be one of the oddest ones we’ve seen so far, and Twitter sure let everyone know it.

In the midst of this chaos, Twitter user maplerose_9 suggested a rather genius idea regarding the main character’s haircut, leaning full into the wacky colors by suggesting that each side changes based on the Joy-Con that players have hooked up.

That means that if you have a pink Joy-Con on one side and a yellow one on the other, that would be how the hair would look. You can see some of the interesting examples of what that would look like in the tweet above.

What do you think? Would you be interested in a Joy-Con-related customization mechanic in Fire Emblem Engage? Be sure to let us know in the comment section below.