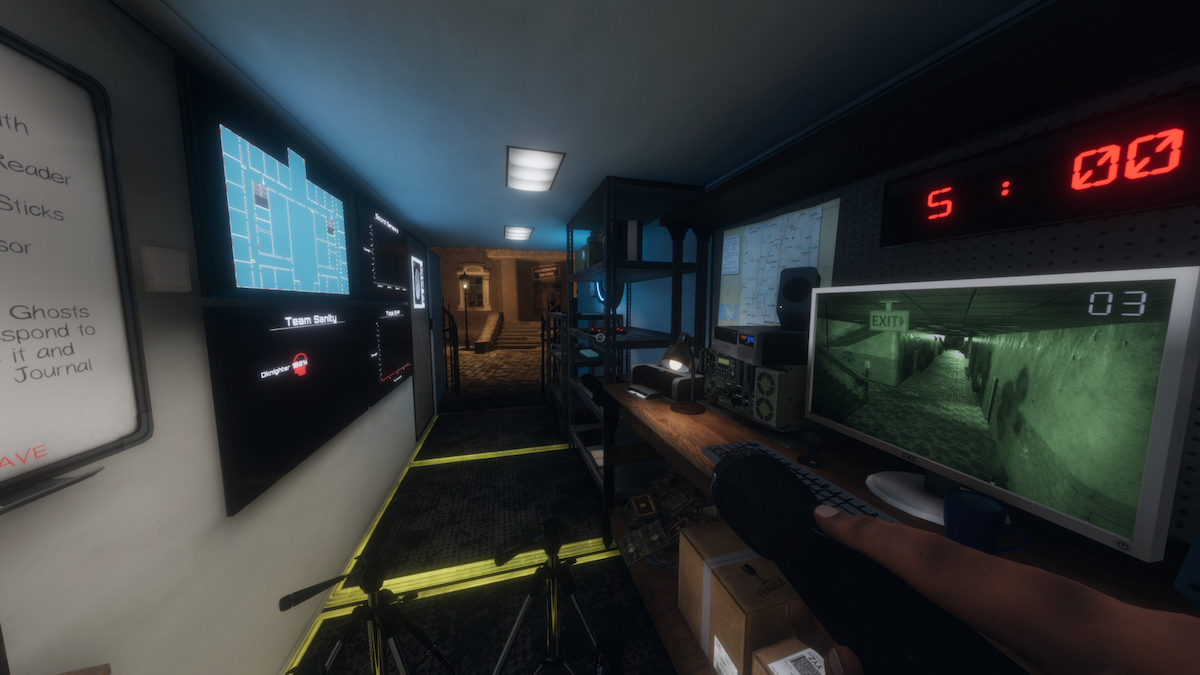 Considering the popularity of Phasmophobia, it makes sense there might be people wondering if it is available on a platform more readily available to them. If you’ve been watching streamers play it and are interested, we have some answers for you. Here’s the full answer for if Phasmophobia is on Xbox.

Can You Play Phasmophobia on Xbox?

There is some hope, though. The Early Access info section on Steam details the plan that developer Kinetic Games has for a full release:

The current plan is to release the game in late 2022/early 2023 however this may change depending on features added and how the game will progress through early access.

It is often that when a game releases its 1.0 version that it releases on other platforms. This was certainly the case for Temtem which only came to Xbox Series X|S and Nintendo Switch when the full 1.0 version launched.

For those who maybe need a bit more detail on what Phasmophobia actually is, Steam describes it as:

Phasmophobia is a 4 player online co-op psychological horror where you and your team members of paranormal investigators will enter haunted locations filled with paranormal activity and gather as much evidence of the paranormal as you can. You will use your ghost hunting equipment to search for and record evidence of whatever ghost is haunting the location to sell onto a ghost removal team.

You can choose to support your team by monitoring the location with CCTV cameras and motion sensors from the safety of the truck or head inside and get your hands dirty with the ghostly activity that will get increasingly hostile as time goes on.

This is everything you need to know to answer if Phasmophobia is on Xbox. If you’re looking for more Phasmophobia news and content, be sure to browse the links below.