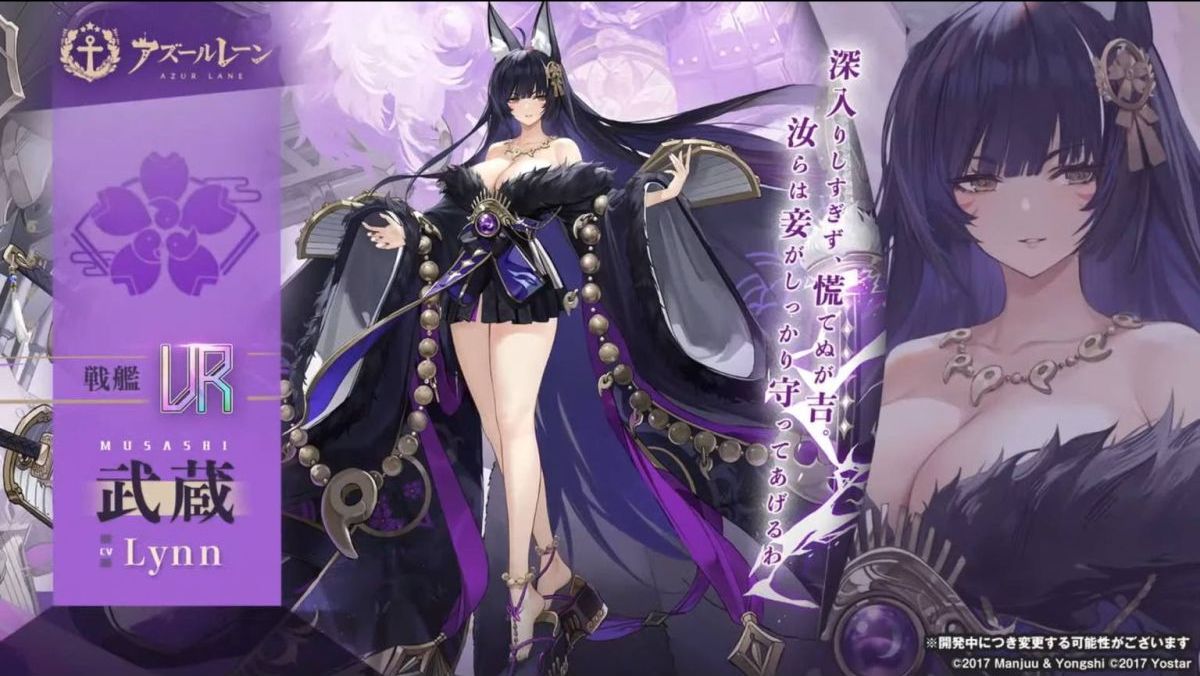 Azur Lane publisher Yostar hosted a livestream to celebrate the 5th anniversary of the game in Japan, and had plenty of reveals to share.

First of all, we get the new major event, which will traditionally be dedicated to the Sakura Empire (the Japanese-like faction of the game).

It’ll run between September 15 and October 5 and it’ll introduce the following shipgirls.

Wakatsuki and Miyuki will be available simply by playing the event, while you’ll need to try your luck at the gacha for the rest.

You can see all the shipgirls below alongside a short animated trailer dedicated to Musashi.

The same event will bring plenty of skins with a traditional Japanese inn theme, while more from the dress series will come on September 22.

Lastly, Live2D race queen skins for Baltimore and Shinano will come on September 29.

Yet, more surprises are coming in the form of retrofits for Juneau and Shropshire. I wonder if the ability to upgrade her to Elite will mitigate the hate for one of the most common shipgirls in the game.

The last but perhaps juiciest surprise was delivered in the form of an upcoming collaboration with Gust’s JRPG Atelier Ryza 2: Lost Legends & the Secret Fairy.

Last but not least, you can enjoy the 5th-anniversary trailer and the anime-style trailer below, showcasing the shipgirls from the factions in the game.