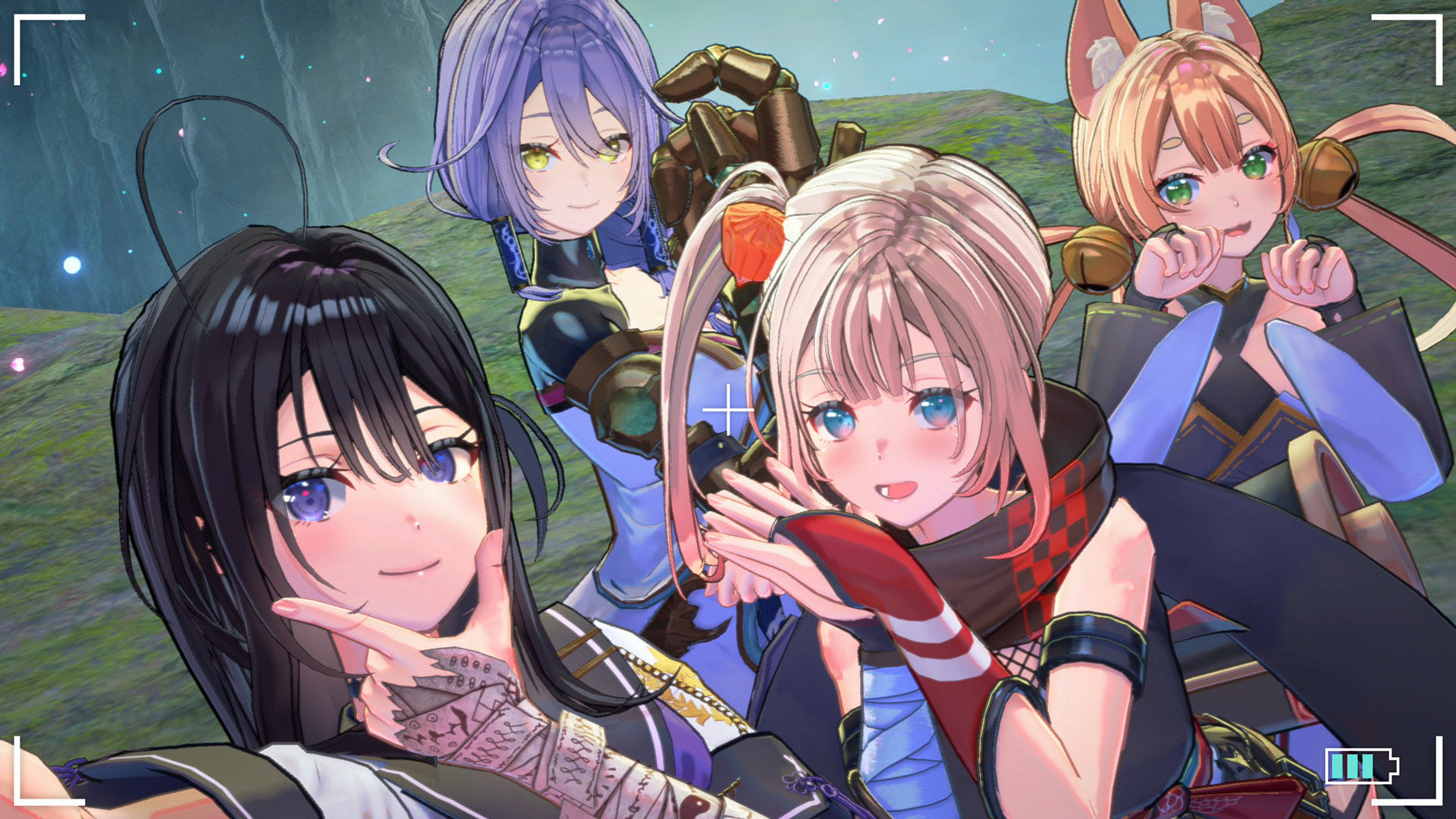 Specifically, we get to see the game’s titular maidens.

Tsumugi Tamaori is our isekai protagonist, transported from the modern era to the Sengoku period. She has been studying the katana since her childhood and she’s single-minded and hot-blooded.

She’s accompanied by three ninjas who support her.

Iyo is a shinobi in service of Oda Nobunaga. She is strong but not very good at being stealthy. Yet, she has tools and weapons hidden all over her body.

Hagane is the older sister-type Ninja and her artificial right arm can extend and shock enemies with electricity.

Komimi is a catgirl ninja who can use Onmyoji powers and wields a giant hammer that she can surround with freezing energy. Her sense of direction sucks so she always gets lost when she’s on her own.

The battle system is centered on Tsumugi, who is extremely strong and can easily dispatch rank-and-file enemies. She can also use powerful special techniques. Yet, she cannot win alone, and she’s supported by the three ninja.

They can use various attacks depending on their weapons and powers. They also have other utility features besides pure attack. For instance, Hagane’s arm can pull enemies and hold them for Tsumugi or even rappel across chasms.

Samurai Maiden will release this winter for PS5, PS4, Nintendo Switch, and PC both in Japan and in the west.