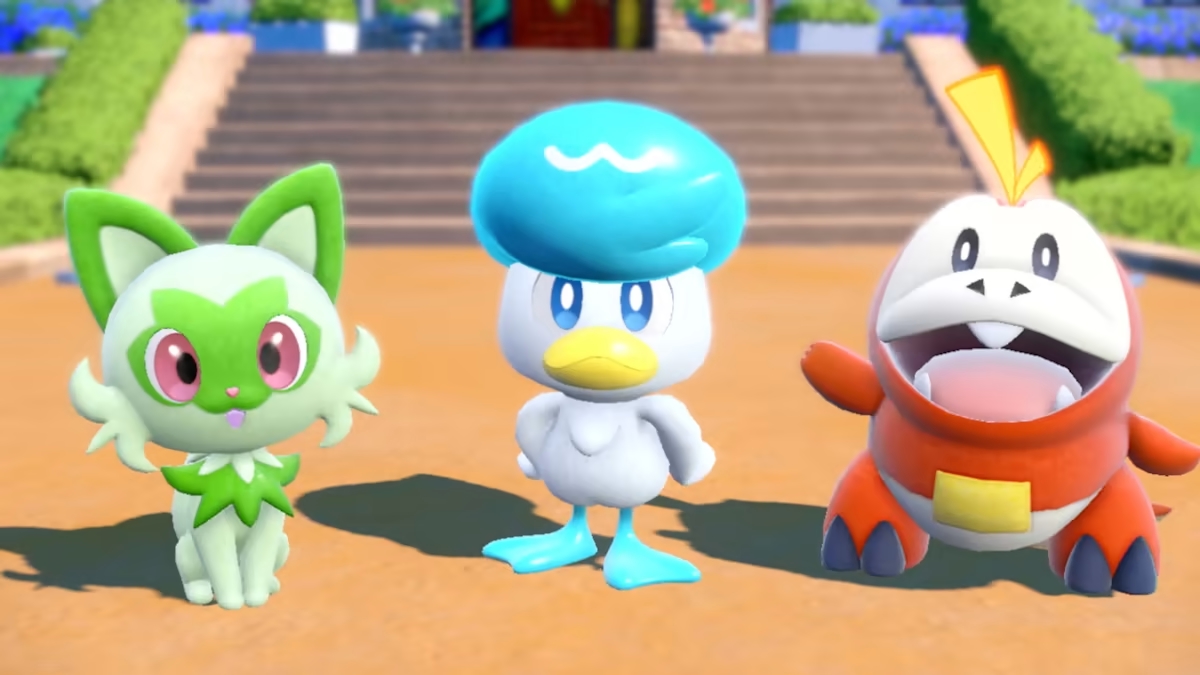 The official Pokemon Twitter account announced this morning that a Pokemon Presents video presentation taking place on Wednesday. It will feature information about Pokemon Scarlet and Pokemon Violet as well as updates on Pokemon apps.

Fans will be able to tune in to this presentation on Pokemon’s official YouTube channel. At this time, there is no word on how long this presentation will last. Previous Pokemon Presents videos from the past year have been between 14 and 27 minutes long, so that gives us an idea of what we could possibly expect.

The last time we got information on Pokemon Scarlet and Violet, it was the beginning of June and we saw a closer look at this generation’s region, characters, and some new Pokemon that we will encounter on our journeys.

It would be great if we could get some more information such as how the open world gameplay will work, what the gym leaders will be like, a reveal of the region name, and even more great Pokemon designs. As a reminder, Pokemon Scarlet and Pokemon Violet release later this year on November 18.

As for Pokemon apps, we aren’t too sure which ones the company plans to talk about in the presentation tomorrow. Pokemon GO, Pokemon Unite, Pokemon Cafe Remix, and Pokemon Masters EX are some of the most popular ones that are still receiving active support and updates, so it’s possible we could get some additional updates about these games.

It’s also possible that they could announce a new app, or perhaps they’ll even reveal Pokemon Sleep, which was announced way back in 2019 and hasn’t resurfaced since. Who knows!

This week’s Pokemon Presents video will take place on Wednesday, August 3 at 6 AM PT / 9 AM ET on their official YouTube channel right here.